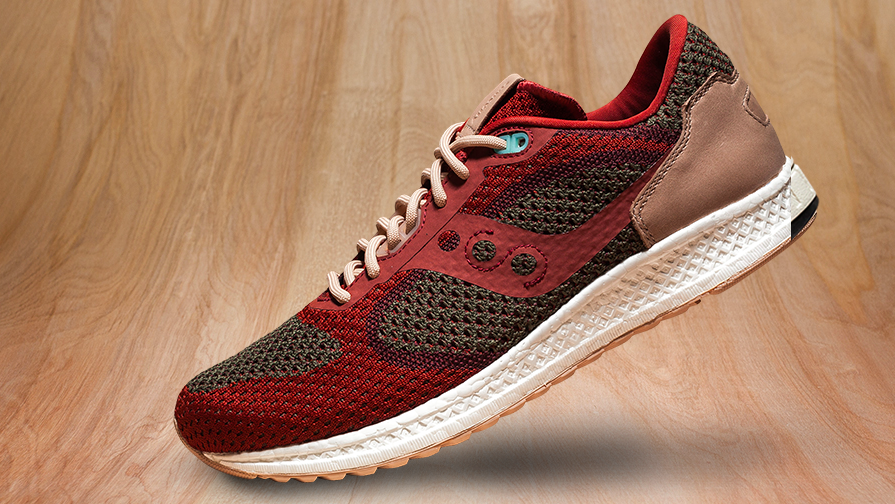 One hundred and twenty years ago this month, the first Saucony shoe was born on the high banks of the Saucony Creek in Kutztown, PA. It was 1898, just two years after the first Olympic Marathon and one year after the first Boston Marathon. Today, as the waters of that creek continue to flow, so does Saucony’s relentless focus on next-generation running technology. From decades of industry awards for road, trail and track running gear to being recently recognized for “Best Running Shoe in the World,” Saucony continues to be obsessively committed to “creating the best gear in our world, so that you can boldly run yours.”

“This year is a special one for us, a chance for the entire Saucony family to reflect on the achievements of the past 120 years, and to celebrate our relentless dedication to the sport of running,” said Amanda Reiss, chief marketing officer of Saucony. “We strive to continually inspire all types of runners, not only by providing the best gear on the planet, but also by enabling an unforgettable and confident running experience. We’ll continue to respect our rich running heritage by bringing award-winning product innovations like EVERUN™ and ISOFIT™ to market, as we also pay tribute to our iconic past with our timeless Originals collection. Most importantly, we thank and celebrate the unique and diverse running community, from our great run specialty store partners to our inspiring consumers. This community has always been the driving heartbeat of our brand.”

Saucony will mark its 120th anniversary with a series of events and celebrations in 2018, beginning with the launch of the Shadow 5000 EVR, an advanced interpretation of the brand’s iconic Shadow 5000, one of the most sought-after silhouettes of the 1980s. Featuring a full-length EVERUN™ midsole from the brand’s present line of award-winning performance footwear, an engineered breathable knit upper, and a leather heel counter and badging, the Shadow 5000 EVR celebrates Saucony’s authentic past with an innovative nod to the future. The limited-edition Shadow 5000 EVR launches today in three colorways−Red/Green, Black/Teal and Triple White. The Shadow 5000 EVR is available at saucony.com and at select retail partners. Follow @SauconyOriginals on Instagram and @SauconyOrigs on Twitter for more information on Saucony Originals.

Saucony (pronounced “sock-uh-knee”) traces its early roots to the banks of the Saucony Creek in Kutztown, Pennsylvania. Native American inhabitants of the area coined the Saucony name, which translated means “where two rivers run together.” Today, the Saucony logo represents the endless flow of that waterway, along with its boulder-strewn creek bed, depicted by the three distinct dots within the brand’s “river” mark.

In 1906, the Saucony Shoe Manufacturing Company built its first factory, a solid brick two-story construction along the Saucony Creek. At the same time, on the Charles River in Cambridge, Massachusetts, Russian immigrant cobbler Abraham Hyde had opened a shoe store manufacturing and selling “carpet slippers” made from rug remnants. By 1940, the Hyde footwear line had grown to include baseball shoes, roller boots, and bowling shoes. During the 1960s, the company produced footwear for NASA astronauts, including the boots worn by one of the first American astronauts to walk in space.

By 1968, the Saucony Shoe Manufacturing Company was now producing running shoes. Hyde acquired the seventy-year-old company and relocated the footwear brand to its Cambridge headquarters. The brand didn’t make waves as a running powerhouse until 1977, when the company’s shoes were recognized with an award for “Best Quality” by a U.S. consumer magazine. This built the launch pad for Saucony to take off as a leading brand for runners everywhere.