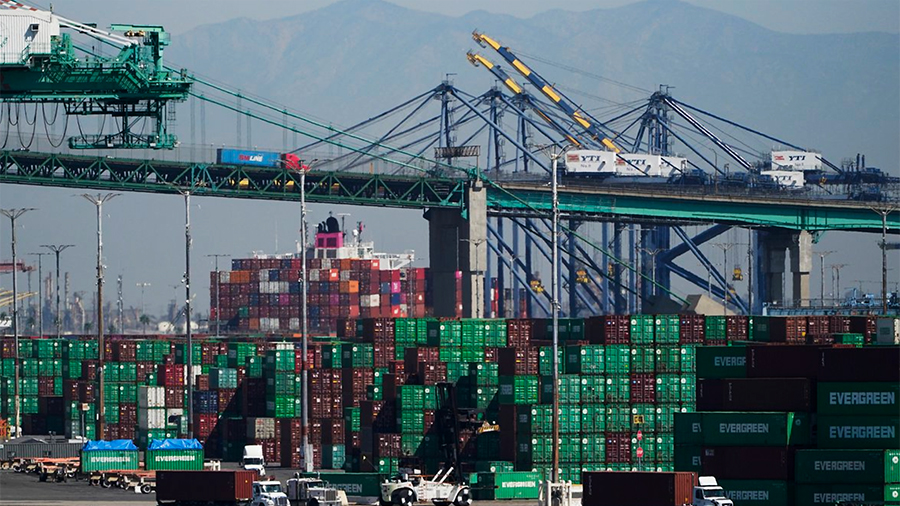 In an effort to improve cargo movement amid congestion and record volume, the ports of Long Beach and Los Angeles will begin assessing a surcharge to ocean carriers for import containers that dwell in marine terminals.

“We must expedite the movement of cargo through the ports to work down the number of ships at anchor,” said Port of Los Angeles Executive Director Gene Seroka. “Approximately 40 percent of the containers on our terminals today fall into the two categories. If we can clear this idling cargo, we’ll have much more space on our terminals to accept empties, handle exports and improve fluidity for the wide range of cargo owners who utilize our ports.”

“With the escalating backlog of ships off the coast, we must take immediate action to prompt the rapid removal of containers from our marine terminals,” said Port of Long Beach Executive Director Mario Cordero. “The terminals are running out of space, and this will make room for the containers sitting on those ships at anchor.”

“I support the actions taken by the ports of Los Angeles and Long Beach today to charge ocean carriers for lingering containers on marine terminals. These actions aim to expedite the movement of goods and reduce congestion in our ports,” said John D. Porcari, Port Envoy to the Biden-Harris Supply Chain Disruptions Task Force. “As our economy continues to grow, increased demand and disruptions caused by the pandemic are putting our supply chains to the test. While we’ve seen new records set in terms of throughput this year at West Coast ports, we need more players throughout the supply chain to keep stepping up. The federal government will continue to bring together private companies and stakeholders from across the supply chain and serve as an honest broker helping to surface solutions like this to address supply chain disruptions.”

Before the pandemic-induced import surge began in mid-2020, on average, containers for local delivery sat on container terminals under four days, while containers destined for trains dwelled less than two days. Those numbers have increased significantly, making it difficult to clear cargo off the terminals and bring in ships at anchor. Fees collected from dwelling cargo will be re-invested by the two ports for programs designed to enhance efficiency, accelerate cargo velocity and address congestion impacts throughout the San Pedro Bay.

The policy was developed in coordination with the Biden-Harris Supply Chain Disruptions Task Force, U.S. Department of Transportation and multiple supply chain stakeholders.

The Port of Los Angeles and Port of Long Beach are the two largest container ports in the nation, first and second respectively, and combined are the ninth-largest port complex in the world. Trade that flows through the San Pedro Bay ports complex reaches every Congressional district across the country and generates more than 3 million jobs nationwide.