Russell Throws In The Towel On Uniforms 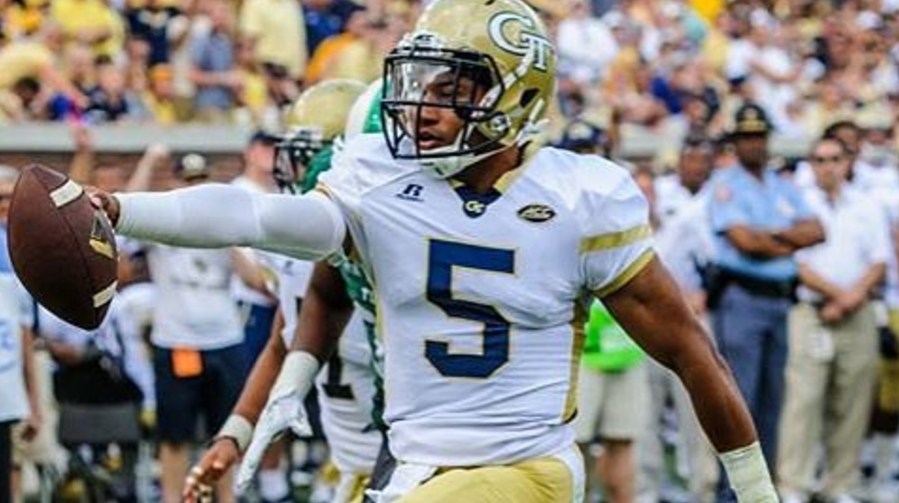 Shifting to place greater resources on its consumer retail business, Russell Athletic on Thursday announced it was exiting the team uniform business.

The move wasn’t completely surprising given the efforts by the industry’s three biggest brands to dominate school sponsorships,  overall consolidation and the Internet’s impact on team selling. But for many the industry, the loss still stung given Russell Athletic’s long history as one of the nation’s leading maker of uniforms.

“For over 115 years, Russell Athletic has provided quality apparel for athletes both on and off the field of play,” wrote Kevin Reber, VP of sales, Russell Athletic, in a letter to team dealers. “We are proud of our heritage, but to build lasting relationships with a new generation of athletes, we will need to focus our efforts and play to our strengths.”

He added, “Today, we will begin to transition away from the team uniform business to allow greater emphasis on the consumer retail market. With this shift, we will continue to offer high quality athletic lifestyle and performance apparel for distribution through multiple retail and wholesale channels, including non-uniform apparel through the team dealer network.”

Russell plans to fulfill all current open orders and will stop accepting new made-to-order and other decorated orders by December 15, 2017. For schools with an outfitting contract with the company, Russell will honor agreements through the remainder of 2017 and “work to offer alternatives and solutions to ensure an amicable resolution” if any disruptions arise for contacts that remain in effect in 2018.

Reber concluded, “Russell Athletic has enjoyed a long history of supplying the highest quality team uniforms in the market. Our customers and partners have played a critical role in that history, and we thank you. We appreciate your understanding and look forward to continuing our partnership.”

The company was formed in 1902 with a focus on knits. According to a history section on Russell Athletic’s website, Benny Russell, the son of the founder, in 1926 came up with “a new idea for an all-cotton practice football jersey replacing the itchy, chafing wool uniforms worn at that time.”

That led to the invention of the sweatshirt, the item Russell is best known for.

In 1932, according to the brand’s history, Russell acquired Southern Manufacturing Company, which gave the company access to athletic team apparel. This was the beginning of the Russell Athletic’s cut & sew sewing operations and the brand began making woven athletic garments.

During the 1960s, Russell ranked as the largest marketer and manufacturer of athletic apparel and uniforms in the U.S., according to its history. In 1983, Russell Athletic signed on as the official uniform of Little League Baseball and Softball.

In 1995, Russell Corp.’s sales reached $1.01 billion, according to its annual filing. Russell Corp. also owned Jerzees, Cross Creek and Desoto. According to the report, Russell Athletic was the “official” supplier of team uniforms for 25 of 28 MLB teams, outfitted more NFL teams than any other company, and was still the largest manufacturer of athletic uniforms in the U.S.

Over the latter part of the nineties, Russell Corp. was hurt by a downturn in its licensing business, the massive shift of apparel production offshore, and competition from Nike and Adidas for customized uniforms. Logos appearing on uniforms made sponsorships more valuable for marketing purposes.

Indeed, amid competition between Nike, Adidas and Under Armour, prices on university deals have skyrocketed in recent years.

Ironically, Russell’s exit announcement came two days after the FBI arrested 10 individuals, including college basketball coaches and two Adidas employees, in connection with an alleged widespread college basketball scheme. The bribery- and fraud-related charges were a culmination of a three-year investigation into what prosecutors have termed the “dark underbelly of college basketball,” involving figures in some of the nation’s elite programs.

Another challenge was the increasing trend toward all-inclusive or “all-school” deals, whereby one brand would cover all sports. Traditionally, individual deals could be reached with different sports. One brand would provide uniforms for football, another for basketball and still another for a more niche sports such as baseball or volleyball. Russell, with its baseball heritage, had increasingly found itself unable to land even those baseball-exclusive deals. Unlike the big three, Russell Athletic also wasn’t able to provide footwear in such deals.

At the lower level, all-school deals with Nike, Adidas and Under Armour have also been increasing. While originally reserved for perennially winning football or basketball schools, the deals have reached scores of smaller high schools over the last few years. This has impacted vendor brands that aren’t involved in such promotional arrangements.

The customized uniform marketplace has also been altered with the rapid expansion of BSN Sports as well as greater investments in the dealer space by Eastbay and Dick’s Sporting Goods, which launched Team Sports HQ in January 2016. A variety of niche online dealers selling customized offerings direct to schools also provide additional pressures.

Russell Corp. was acquired by Berkshire Hathaway in 2006 and is now part of its Fruit of the Loom subsidiary.

At retail, Russell Corp. in fall 2013 launched an expansive collection of men’s fleece and performance apparel under the “Russell” name at Wal-Mart to mark a major upgrade of the discounter’s activewear mix.

A separate Russell Athletic line was intended to be sold to institutional team dealers, its largest business, as well as to mid-tier sporting goods and department store channels although that part of the business appears to be undergoing a repositioning.

The brand recently showed at Agenda, the streetwear trade show, and in early August formed a partnership with S&S Activewear that will see the launch a collection of Russell Athletic active apparel. including its iconic Dri-Power Fleece, beginning in August 2017.

Matt Murphy, VP of marketing for Russell Athletic, commented on S&S Activewear partnership, at the time, “S&S Activewear has long been a leader in the imprintables industry and this partnership is a critical step in servicing the market. We’re excited about the opportunity to showcase our line through their extensive network and expanding access to the Russell Athletic brand.”

Still, the decision to exit the uniform side of the business marks a significant shift for the iconic brand.

“That is a shock – I just can’t believe it,” Bernie Wachtel, Russell Athletic’s president from 1991 to 2001, told the Alexander City Outlook. “I know the climate of the team uniform business has changed a lot since I was there. I understand things transition and trends force change, but this seems like a fatal blow. For all intents and purposes the uniform was Russell. This is just very sad news.”

“It’s just heart-breaking to us all,” Roger Holliday, who worked in the financial department for Russell Corp. from the eighties to just before the Berkshire Hathaway sale. “That’s a piece of Americana gone.”