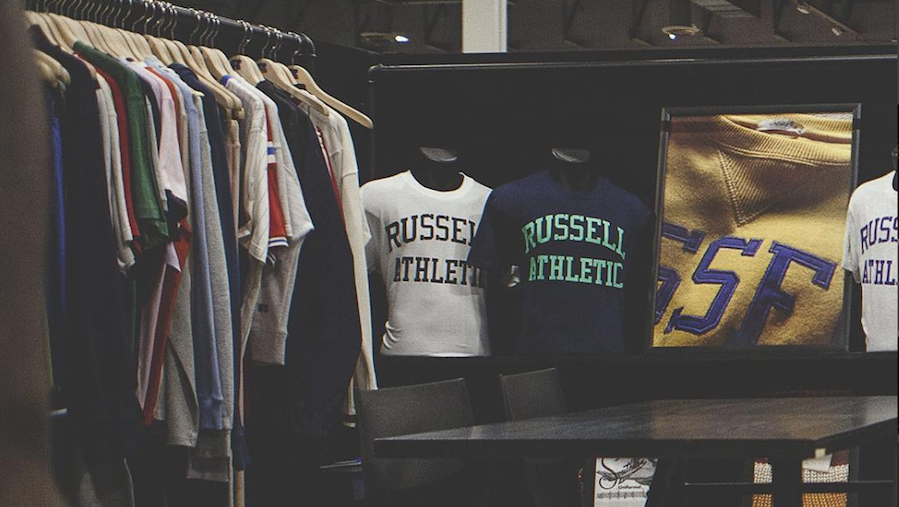 Russell Athletic, which last September decided to exit the team uniform business, is quickly returning to the category with a new partnership with Augusta Sportswear.

Russell Athletic, which has been making team uniforms since 1938 and ranked as the largest marketer and manufacturer of athletic apparel and uniforms in the U.S. in the sixties, was looking for options to stay in the team uniform business last year, but wanted the find the “right partner to represent the brand and the positioning of the brand. So it took a little time.”

He said Augusta Sportswear has established a strong reputation for servicing the team channel and has been making team uniforms for over 70 years. Said Murphy, “We found a partner who’s very, very well-established in team uniforms with a world-class service model.”

The deal doesn’t impact Russell’s partnership reached last year with S&S Activewear, the third largest distributor in the country, that brought Russell into the distributor channel to reach screenprinters as well as move into the corporate or promotional marketplace. Said Murphy, “What this affords us is the opportunity to expand our distribution with a partner that will be able to add expertise in team-specific product.”

Augusta Sportswear will offer Russell Athletic uniforms for basketball, baseball, softball and football. The categories will be phased in over the next 12 months, starting with the debut of basketball uniforms and workout apparel in August 2018.

He added, “Together, we’re bringing the best of both companies to market with the same great fabrics, products and value the Russell Athletic brand is known for and backed by the best-in-class service model Augusta Sportwear, Holloway and High Five customers have relied upon for decades. Simply put, this new partnership leverages both group’s strengths and will provide even more choices for teams, athletes and fans.”

Russell exited the team uniform business to focus on retail opportunities, including the launch of a Heritage collection in spring 2018. Launched last year at the Agenda show in Las Vegas, the line of cotton t-shirts, fleece and French terries with graphic details stands out for the return of the “Eagle R” logo the brand retired a little more than a decade ago.

Murphy said the Heritage line successfully secured initial placement at Urban Outfitters and Pacific Sunwear. The line just started shipping to Foot Locker and Champs Sports at limited doors and is in talks with other retailers. The line also sells on Russellathletic.com. Said Murphy, “We’ve seen a very good reception to the collection and the return of the Eagle R, and we’re also getting very good reactions from social media as well. The consumer has really received the brand well again.”

For 2019, the Heritage line will be expanded to more styles, including a women’s collection.

At the same time, Russell Athletic is continuing to build out the company’s training or workout lines for a fall 2019 relaunch. Murphy said Amazon has been an “excellent partner,” with the company’s core performance tee and fleece lines and both Big 5 and Bob’s Stores among those seeing healthy sell-throughs. The brand also sells a Russell basics line through Wal-Mart. Murphy said Russell hopes to build on the buzz around the Heritage line and its recent success reconnecting with consumers online. Said Murphy, “If we can start with that consumer and really connect with them, then further retail distribution will begin to come.”