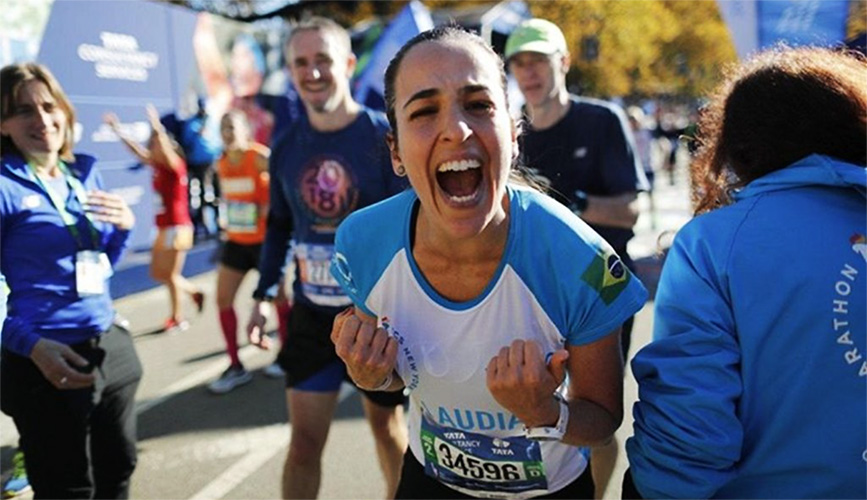 While the COVID-19 pandemic had a devastating impact on the racing industry, most runners are itching to get back to racing in person again this year, found Running USA’s 2020 Global Runner Survey. Survey analyst Ashlyn Modlin hosted a webinar providing optimism about a healthy return to racing events.

Around the impact of COVID-19, the survey of over 5,000 runners found 78 percent participated in fewer events in 2020 versus 2019. Ninety-four percent were unable to participate in some events during 2020 due to COVID-19 cancellations. Looking ahead, 87 percent indicated they expect the cancellation of events in which they plan to participate during 2021. Said Modlin, “Which makes sense because there’s still uncertainty around when things can get back to quote-unquote normal.”

The virtual races helped keep runners in race mode. The survey showed 56 percent of runners could participate in a 5K/10K in 2020. Among other races, 46 percent were able to participate in a half marathon last year, followed by a marathon, 28 percent; relays, 20 percent; trail running, 26 percent; ultra-marathon, 14 percent; and mud/obstacle race, 5 percent.

Runners were optimistic about returning to in-person races in 2021. For instance, 66 percent expect to participate in a 5K/10K in 2021. The figure was 63 percent for participating in a half-marathon in 2021 and 39 percent for a marathon. 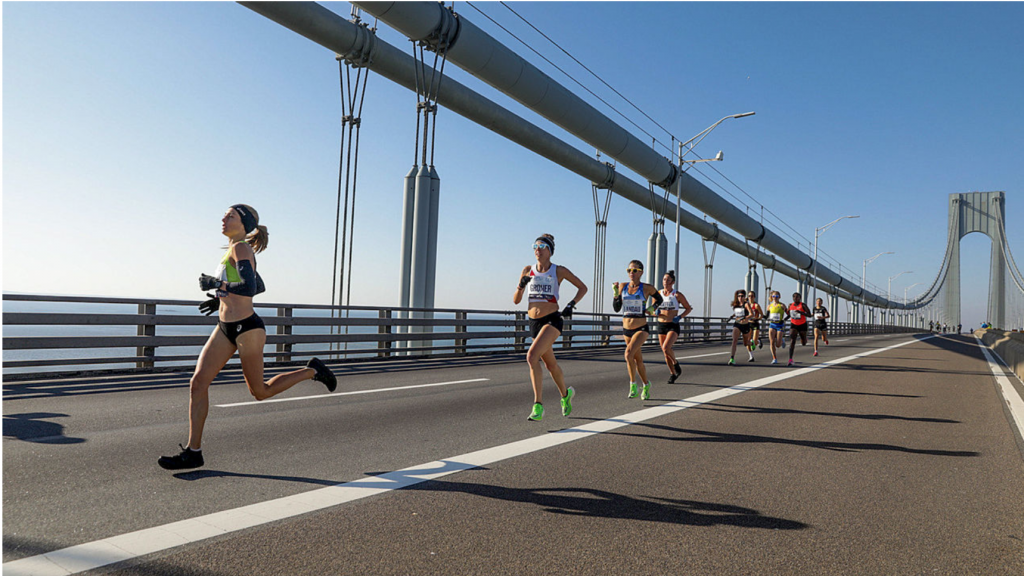 Modlin said that when asked open-endedly whether they were running more or less, many respondents indicated they were running less. Many cited lack of time due to increased commitments in their households, such as taking care of their children, or increased responsibilities with their jobs.

But interviewers also heard that many runners found time to run during the pandemic as “the one constant, consistent thing they could have in their lives in a year where they couldn’t count on much else,” said Modlin.

She added,” It gave them that excuse to get out of the house and a potentially stressful chaotic environment to have a little bit of time to themselves and focus on their thoughts.”

Top Reasons For Choosing Events
When asked about their Top 5 reasons for choosing events, the answers were preferred distance, cited by 78 percent; date-of-event, 60 percent; and conveniently located, 56 percent. Coming in lower were entry fees, 30 percent; having the event occur in an interesting place to visit, 29 percent; and if the event allowed them time to train, 28 percent.

Twenty-seven percent listed the event organizer’s well organized/solid reputation among their Top 5 reasons for choosing events. A quarter chose the event featuring a fast or scenic course to race to be more enjoyable or help them reach a personal record (PR).

Other reasons for choosing an event were that the event supports an important cause, cited by 19 percent, or the event’s social distancing/safety protocols, cited by 18 percent.

Having adequate social distancing and safety protocols was critical for some runners, with 8 percent ranking it as their first factor when choosing events.

Modlin saw this as another sign of runners’ commitment to returning to in-person races. She said, “It’s another way that they’re telling us, ‘I can’t wait to get back to an in-person event. I want to do it safely.'”

Among the study’s recommendations for event organizers were that as the vaccine begins rolling out, explore smaller events and heavily staggered start times to help runners get comfortable returning to in-person racing.

“I think it’s the time to get as creative as you possibly can and think far outside the box about your event logistics to give people what they want right now,” said Modlin. “Giving them opportunities to be with their community in-person participating in an event, but in a way that feels safe and socially distant.”

Diversify & Inclusion Remains A Challenge
The survey also explored diversify, equity and inclusion. Among the suggestions for improving diversity was to overhaul how events are promoted, including updating imagery to show more ethnicities and more gender identities and runners of various abilities. 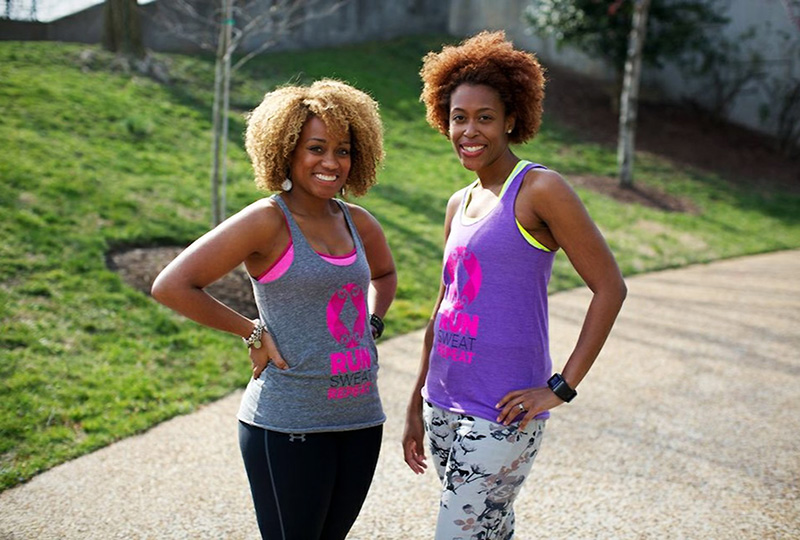 Ashley Hicks and Toni Carey founded Black girls RUN! in 2009 “in an effort to tackle the growing obesity epidemic in the African-American community and provide encouragement and resources to both new and veteran runners.” Photo courtesy Black girls RUN!

Said Modlin, “For example, people said, ‘I’m a slower runner, and I never feel like I’m part of the community because I’m not like this perfectly fit person who is trying to set a PR every time. I enjoy reading, and I enjoy being with the community.” So they might like to see people like themselves who look more like the average Joe in some of the promotional materials.”

Another recommendation was to find ways to make entry fees more accessible to non-Whites and those under 25 for whom cost is often a barrier. Event organizers were also encouraged to offer scholarships, allow runners to opt-out of receiving swag in exchange for lower entry fees, or partner with local charities to offset entry costs.

Other suggestions included marketing events in publications/channels that cater to underrepresented groups and holding events in cities/towns where a more diverse set of athletes live. Finally, organizers were also encouraged to partner with local youth programs and running groups to amplify awareness of the events among underrepresented groups and to include more diverse vendors at an expo.

Modlin cautioned that efforts to promote greater diversity, equity and inclusion may be controversial or seen as political by core event participants. The survey results showed that many respondents felt it was a non-issue or felt such efforts would politicize the sport. Modlin said, “I think you need to be prepared for that going in and know that there will be people who are going to need to be educated that these issues exist within the sport. You should be there to help foster a dialogue about those issues and help them get comfortable with why it’s important to address them and how they can help be part of the solution and the positive impact that everyone can have from that.”