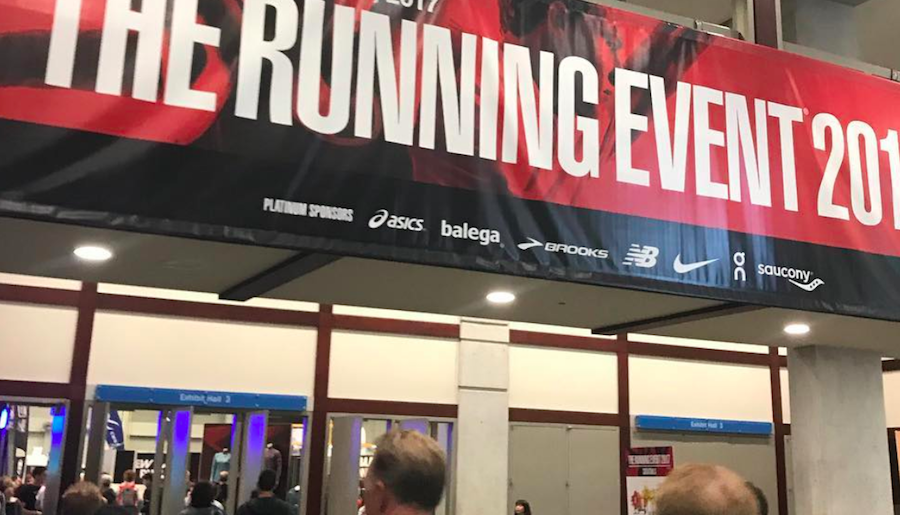 While they haven’t escaped the digital disruption that’s impacting all of physical retail, the run specialty channel appeared in better spirits at last week’s The Running Event in Austin.

For the industry, the biggest benefit appears to be that inventories are in better shape after becoming elevated following the string of bankruptcies and related store closings from City Sports to Sports Authority, Luke’s Locker, MC Sports and others.

“It’s still tough for retail out there, but a lot of stores are starting to stabilize,” said Lou Panaccione, co-founder and CEO of Oofos, at the event.

“Over the last year or two, flat was the new up,” said Saucony President Pat O’Malley. “Now you have to be growing to be considered growing.”

Some have also made adjustments, such as Fleet Feet Sports, which just delivered its first Black Friday that surpassed $1 million in sales across its network and saw comps online jump 36 percent on Cyber Monday. Joey Pointer, Fleet Feet’s CEO, credits efforts such as rolling out Fit ID, its new 3D scanning technology, to nearly all its stores with helping “make our stores stickier.”

Dave Zimmer, owner of Fleet Feet Sports-Chicago, also believes cleaner inventory levels and the shake out at the store level, including the closing of some local run shops, have been beneficial overall to the channel. He added, however, “We still need to drive traffic. We need to bring energy to the stores.”

Many of the sessions at The Running Event explored ways to drive engagement.

At a breakfast session directly focused on digital engagement, Amanda Reiss, chief marketing officer at Saucony, “noted that while a recent study shows that while consumers are discovering 63 percent of new products via social media, brands are unfortunately not properly attributing sales to the channel as they should be, so there’s a disconnect when it comes to realizing the true impact the channel is having.”

And while store traffic across retail may be down, the depth of information available on the internet is making consumers “much more qualified and targeted and ready to buy” once they get to the store.

From a targeting standpoint, social media ”enables us to reach a qualified audience better than ever. You know who you are talking to and how to find them. There’s no demographic guessing games.”

One platform expanding in appeal is Instagram, with visual communications particularly appealing to Millennials. Said Reiss, “Marketing is storytelling and Instagram is at the forefront of storytelling.”

While social is causing some brands to develop media houses in-house, Reiss stated that “great content and storytelling is not about expensive content.” Much can be created via smartphones and having a physical presence such as a store that’s tied to a local community can be the strong foundation for generating content. Reiss said, “It’s more powerful to tell your own stories.”

She also said videos are growing in importance although she advises keeping them “authentic and short” and likewise tap your ”passionate community” by playing up user-generated content.

Reiss also underscored how running is well positioned to benefit from influencer marketing. She noted that Lululemon has partnerships with eight global yoga stars; over 75 professional athletics from soccer, climbing and other activities; and 1,500 local ambassadors that range from personal trainers to yoga instructors and running coaches. Saucony has used Molly Huddle, the American long-distance runner, as a brand advocate on social media.

Finally, Reiss said store fronts can be used to share stories online, whether one about staff, the fit process or events to inspire and connect. Said Reiss, “Take advantage of the experience economy.”

Amber Mac, president, Ambermac Media and author of the national bestselling business book, “Power Friending,” offered five digital marketing “trends, tips and tools.” All the points were influenced by the omnipresence of smartphones in daily lives as well as the soon-to-arrive immersion of connected households.

She pointed to the popularity of voice assistants such as Amazon’s Alexa and Google while noting that a survey from Search Engine Land predicts that 50 percent of searches will come from voice by 2020. She said websites are going to have to be optimized to accommodate a “future of voice search.”

Mac also noted that according to Gartner, 85 percent of all customer interactions will be done by chatbots by 2020. Artificial intelligence (AI) promises to bring more relevancy and customization to chatbots to handle much more than simple questions, she added.

Mac highlighted the effectiveness of “micro moments,” or mobile outreaches that require only a glance to identify and deliver quick information, as well as how videos in general can drive engagement. She noted while social platforms all work differently and attract unique audiences, much of development technology behind social engagement “is free” because they’re nearly all linked to smartphones.

Michel Richeson, a social media and digital content expert, offered a number of tips around social media engagement. They include going “deep with your audience” by committing to providing a steady stream of quality content and “focusing on a message and telling a good story” rather than trying to “go viral” with a narrower outreach approach. Noting that social can be “messy,” he said marketers should be ready to continually adapt.

Richeson also said a company needs to “stand for something” to give people reasons to buy their products, and that has to be evident in their social media outreach. He added, “I buy Yeti because of their YouTube channel, not because I need another cooler.”

The overall goal should be to “create content so good that they’ll engage with you, share with you, and pay.”

In a session entitled, “Health Profits from Healthy Runners,” Rick Muhr, Octane Fitness’ Commercial Zero Runner, underscored that while many running stores fret about missing digitally native Millennials, runners over the age of 45 are starting to leave the sport earlier than was traditional in the past due to injuries.

Meb Keflezighi, the famed Olympian and International Marathon Champ who was also on the panel, said part of the problem is people are “too busy to stay fit.” They often only reserve a half hour to work out and miss the benefits of stretching before and after a run or getting proper sleep. He advises runners to get up earlier to find time for a proper workout. Said Keflezighi, “The goal is to have energy throughout the day.”

Muhr said using the Zero Runner that replicates running but without any impact, as well as the ElliptiGO bike, can help reduce injuries from the pounding of running. Cross training and running on softer surfaces can also be beneficial.

Having trainers or specialists on staff in a store to help runners improve their form and efficiency is the primary way to reduce injuries, Muhr contends. That’s followed on the training side by focusing on strengthening the core.

But the overall basics of sleeping well, eating right, taking a day off and mixing in walking with running also needs to be continually reinforced. Indeed, Muhr believes technology such as running watches have been both a “blessing and a curse” because they tend to encourage runners to go too fast. Often, running at a slower pace helps improve speed in the long run.

Muhr said, “We wouldn’t get on a weight bench in a gym and do 30 reps. The law of diminishing returns stops at 10. So we do three sets of 10. We should adapt that same philosophy for runners.”

At another session, Steve Ginsburg of RAM Racing, known for its Hot Chocolate 15K/5K race series, and Fleet Feet Chicago’s Zimmer talked about their 2016 deal that saw Zimmer acquire Ginsburg’s Running Away location in Deerfield, IL and Ginsburg take over Zimmer’s racing business in the Chicago area.

In the deal, the two agreed that it was challenging to run a race business without neglecting the retail side of the business.

But the duo also stressed how races not only drive runners to stores to pick up race packets and provide exposure to stores, but “create energy around the store” and can underpin local communities, according to Zimmer.

Discussing some recent challenges around race participation, Ginsburg admitted that the proven benefits of running health-wise may not be enough for Millennials to embrace races. But he believes the “personal stories they capture” and its charitable focus will hold appeal to the social and idealistic generation.

Zimmer noted that running races raise about a half billion annually for charities, second only in the sports world to the PGA.

Ginsburg believes the rise of adventure races, whether color runs, mud runs or obstacle runs, has been negative for the sport of running since they aren’t timed, don’t require training or coaching and aren’t leading to many consumers getting properly fit at a store. He added, “You can run anywhere, anytime for free with one caveat. You have to be fit properly for a pair of shoes.”

In a keynote session, Walter Robb, former Whole Foods CEO, said the fast pace of change means store owners need to be constantly “thinking ahead of the curve.” Stores need to be on the social platforms many younger generations are on and not only provide rich digital content but quick home delivery and in-store pickup that are becoming expected online options.

Promotions, he said, are necessary to blend a strong price/value relationship into the in-store experience but said they’re “always about having the right combination.” He’s an advocate of keeping deals out for a limited time and making them “fewer and deeper” in nature. He joked, “Getting 10 percent off is kind of like kissing your sister.”

He wondered whether running stores could explore banding together in making buys, pointing to the benefit Whole Foods found from NCG (National Co+op Grocers) in the grocery channel.

On the upside, running shops should continue to benefit by bringing new brands to the marketplace. He said, “You can be the nurturer of young brands. It’s hard for them to be attractive to the big retailers.”

But his major underlying message was the importance of culture that involves making the right hires and supporting the local community. He said culture is “what you feel when you walk in the store” and it’s also “the petri dish through which your business happens.”

Much of building culture comes from showing appreciation for and empowering your staff. Said Robb, “Look to cultivate, develop and create space for the creativity and talent of every single one of your team members. That’s where the magic of the business happens.”