Rocky Swings to Q2 Profit on 7.9% Surge in Sales

Excluding one-time charges of $600,000, net of tax, associated with the early repayment of a portion of the company’s senior term loan, second quarter 2010 net income improved to $1.1 million, or 17 cents per diluted share.

Mike Brooks, Chairman and Chief Executive Officer, commented, “There were several highlights from the second quarter, most notably the dramatic improvement in our bottom line. The combination of sales growth, a 370 basis point improvement in wholesale gross margin, and meaningful operating expense leverage, allowed us to recover from a loss in the year ago period and deliver profitability that was well above plan. We also made significant progress in improving our capital structure during the second quarter. We paid off the majority of our high interest, senior term loan using proceeds from our successful equity offering and availability under our existing credit facility. As a result, we cut our debt level at the end of the second quarter by more than half and will considerably reduce our interest expense going forward. We are very pleased with the progress we have made towards building a more efficient organization and we look forward to taking advantage of our improved position to better capitalize on the growth opportunities that are ahead.”

The modest decline in retail sales was the result of the ongoing transition to more Internet driven transactions and the decision to remove a portion of our Lehigh mobile stores from operations to help lower costs as discussed below. Military segment sales for the second quarter increased to $5.7 million versus $900,000 for the same period in 2009.

Gross margin in the second quarter of 2010 was $19.1 million, or 34.6% of sales compared to $17.7 million, or 34.6% for the same period last year. Wholesale gross margin was up 370 basis points driven by increased manufacturing efficiencies in the Company’s factories. This was offset by lower retail gross margin as a result of the ongoing transition to more Internet driven transactions and the increase in sales to the Military which carry lower gross margin than the wholesale and retail businesses.

Selling, general and administrative (SG&A) expenses decreased $2.0 million or 10.8% to $16.2 million, or 29.3% of sales for the second quarter of 2010 compared to $18.1 million, or 35.4% of sales a year ago. The decrease in SG&A expenses was primarily the result of a reduction in salaries & benefits, bad debt expense, advertising costs, and Lehigh store expenses.

Income from operations was $2.9 million, or 5.3% of net sales for the period compared to an operating loss of $0.4 million in the prior year.

Interest expense increased to $2.1 million for the second quarter of 2010 versus $1.9 million for the same period last year. The increase was attributable to one-time fees of approximately $0.9 million associated with the early repayment of a portion of the Company’s senior term loan. 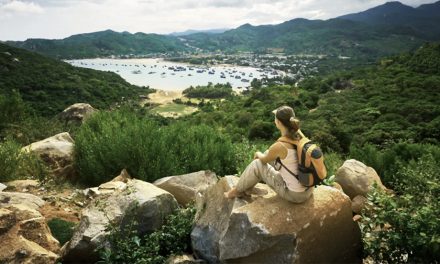