Rocky Brands Looks For Pickup In 2017 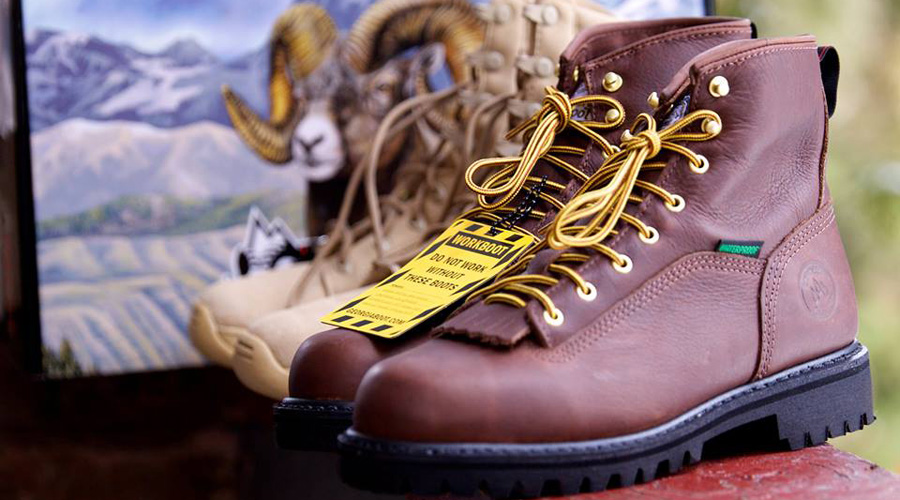 Closing a challenging year that was impacted by weather woes, an ongoing shift to online selling and sluggish demand for its fashionable Creative Recreation brand, Rocky Brands’ returning CEO, Mike Brooks, said the business continued to stabilize in the fourth quarter, but he still sees challenges in the current year.

“The fundamentals of our business continue to improve during the fourth quarter, which was an encouraging finish to a challenging year,” Mike Brooks, who returned to the position of chairman and CEO in December, on a conference call with analysts. Brooks, who ran the company from August 1991 to July 2011, replaced David Sharp, who resigned last September.

The company reported a net loss of $634,249, or 9 cents a share, in the fourth quarter against earnings of $1.38 million, or 18 cents, a year ago. The latest results were impacted by an impairment charge related to the Creative Recreation sneaker brand of $3 million. Excluding the charge, net income in the latest quarter was $1.3 million, or 18 cents, slightly down from the prior year.

Gross margins were reduced 140 basis points to 32.5 percent, driven by the higher percentage of military sales, which carry lower gross margins than wholesale and retail.

For the year, the loss came to $2.1 million, or 29 cents, against earnings of $6.6 million, or 87 cents, in 2015. Sales were down 3.4 percent to $260.3 million. Excluding a $1.2 million reorganizational charge recorded in the third quarter and the Creative Recreation charge in the latest period, net income was $0.6 million, or 8 cents per diluted share.

“The strength of our Georgia Boot, Durango and Rocky brands were not enough to offset the headwinds caused by the warmer temperatures, weakening local economics tied to oil and gas and challenging store traffic levels,” said Brooks.

The military segment in the year expanded triple digits to a record $37 million, although higher costs than expected arrived with the move to invest in additional machinery and increased labor force in its Puerto Rican manufacturing facility.

Brooks also noted that the company was impacted by weakening store traffic, partly due to consumers shopping more online. The company is increasing investments in its branded B2C websites, including more digital advertising, with many of its independent accounts currently having limited e-commerce capacities.

Given the challenging retail conditions, Rocky also reduced its U.S. headcount, reorganized its sales teams and reduced its level of raw materials and finished goods. Approximately $5 million in annualized savings are expected from the moves, with approximately $1.5 million realized in the fourth quarter.

Looking ahead, Brooks expects to see some improvement this year across all the company’s segments.

“With respect to the work, western and hunting boot categories, 2017 is off to a better start than 2016, thanks to more operable weather conditions combined with easier comparisons,” said Brooks. “On top of this, we are encouraged by a number of new product introductions that we believe will resonate with our core consumers. However, the retail environment for these categories remains challenging, so we are proceeding cautiously until we see a sustained improvement in sales trends.”

Brooks also noted that the company is facing a challenging transition expanding its own online sales while protecting itself from the softness seen at its retail customers.

“We see some success in the first six weeks of this year, but yet we see challenges with retailers going out of business,” said Brooks. “So, there is no easy path. We are going to change as rapidly as we can and continue to support our retail partners while focusing on expanding our direct to the customer.”

In other categories, Rocky Brands’ military segment is projected to again see record sales, with $40 million in contract military orders scheduled for delivery in 2017.

In its Lifestyle category, the Creative Recreation will be introducing less fashion-forward products at more accessible price points to broaden its appeal and “potentially open up new channels of distribution for the brand,” said Brooks. Creative Recreation also executed a licensing agreement for Creative Rec with JD Sports, a major U.K.-based footwear retailer.

“We are excited about this partnership and believe this is a right vehicle to accelerate the brand’s expansion into Europe while reducing our overhead and inventory risk and providing the company with a high margin revenue stream,” said Brooks.