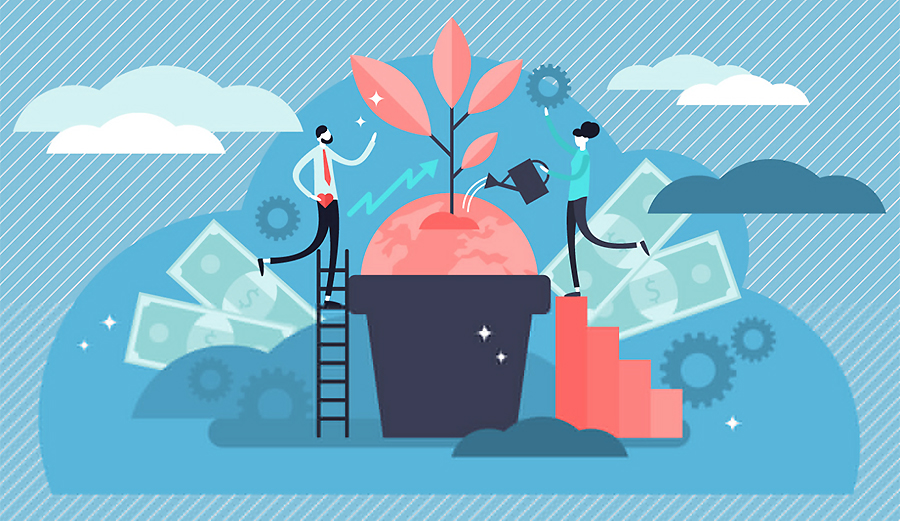 A study from MBLM (pronounced Emblem) found Amazon to be the most intimate retailer in the U.S., followed by Walmart and Costco. Recent retail surveys and studies also explored consumer’s heightened COVID-19 concerns, the pace of the recovery, the benefits of inventory visibility, the pandemic driving greater frugalness, and stress over back-to-school spending.

Amazon Tops Ranking Of Most Intimate Retailers
Amazon was the highest-rated retailer in MBLM’s Brand Intimacy 2020 Study, a study of brands based on emotions, pronounced Emblem, said brand intimacy is defined as the emotional science that measures the bond consumers form with the brands they use and love.

“Amazon dominated MBLM’s Brand Intimacy 2020 Study, ranking No. 1 not only in the retail industry but our overall study,” stated Mario Natarelli, managing partner, MBLM. “Its use of technology to create personalized customer experiences has contributed to its success, and the brand has become an important part of its users’ lives. Consumers also increased their reliance on Amazon during the pandemic, when they turned to the retail giant for their shopping needs.”

The remaining brands in the Top 10 for the retail industry are Walmart, Costco, Target, Whole Foods, Sephora, Macy’s, Ikea, eBay, and Nordstrom.

CFOs Skeptical Over Pace of Recovery
The Deloitte CFO Signals Survey for the third quarter, conducted during the first week of August, found many expressing concern over new virus waves, more shutdowns and the pandemic triggering a longer-term recession. Eighty-four percent of CFOs now say equity markets are overvalued — the second-highest level in the survey’s history. Just 2 percent said markets are undervalued.

On average, CFOs expect to achieve 74 percent of their originally budgeted 2020 revenue; there are substantial industry differences. Two-thirds said they have raised, or accessed, additional cash, with most saying they are using it to fund cash reserves. Forty-two percent of CFOs said they are at/above their pre-pandemic operating level, or will be by the end of 2020, but 25 percent said first quarter of 2022 or later.

“CFOs are recognizing that remote work, virtual sales and customer interactions will continue to be the primary operating state for some time,” said Steve Gallucci, national managing partner, U.S. chief financial officer program, Deloitte LLP. “ The strategic shifts they’re making as a result—including accelerated investments in digitization and heightened focus on achieving better flexibility in capacity and cost structure—can help put their organizations in a better position to navigate the uncertain trajectory of the pandemic.”

Consumers Anxious About Rising Food Prices, Economic Health
Dunnhumby’s Consumer Pulse Survey found that the U.S. “Worry Index” is now at 29 percent, an increase of 6 percent since the third wave of the study and nearly back to its original high point of 30 percent in March. The Index is a measure of how concerned consumers are about COVID-19.

The survey also found that while 39 percent of respondents worldwide rated their governments as doing a good job in handling the pandemic, only 25 percent of Americans surveyed have faith in government actions. And with the surge in COVID-19 cases seen in the U.S. since late May, respondents reported stores were doing a poor job making them feel safe than in the previous phase. At the same time, U.S. respondents also said they were less likely to practice preventative measures like frequent hand washing (65 percent) or agreed with restaurant closures (50 percent) and event cancellations (53 percent) as they did in previous phases of the pandemic.

“Although worldwide our Consumer Pulse Survey is finding that on a global basis worries about COVID-19 are declining, this latest update of the study shows that when it comes to the pandemic, worries are going back up in the U.S. and Mexico. This isn’t surprising since the U.S. and Mexico are both struggling to contain the virus,” said Jose Gomes, president of North America for Dunnhumby. “In these uncertain times, retailers must fully understand how their customers are responding to each phase of the crisis to meet changing needs. Retailers also need to be prepared to respond when regions experience spikes in new cases, which will likely return customers to previous behaviors

Highlighting certain areas across the supply chain, the survey found:

“Today’s retailers’ reputations rest on how well they can adapt to consumer demands—that means managing a wide variety of orders delivered when, where and how their customers expect,” said Bill Ryan, chief executive officer, North America, Kӧrber Supply Chain, Software.

Parents Stressed About Paying for Back-To-School
CompareCards’s annual Back-To-School survey of parents revealed that 2-in-3 parents are stressed about shopping for gear and supplies, a big increase from the 43 percent who said the same in 2019.

“In a normal year, there’s stress from the cost of back-to-school shopping, the rush to get it all done, the arguments with your kids over what you should buy and more,” said Matt Schulz, chief credit analyst at CompareCards. “However, this year’s widespread joblessness and confusion over just what the upcoming school year will look like means that everyone is more on edge than normal.”

COVID-19 Making Consumers More Frugal
A poll of 2,000 Americans, conducted by OnePoll on behalf of Slickdeals, found 65 percent of respondents indicated that the pandemic has transformed them into a more frugal person. Fifty-one percent said they were very smart with their money, up from 42 percent in a similar survey taken in 2018.

Seeking to define being “cheap” versus “frugal”, clothes shopping at second hand stores, buying off-brand food products, buying no-name electronics, tracking electricity and heating usage at home to keep the utility bills down, andseeking out deals or coupons when before shopping, were all voted as “frugal.”

According to the poll, the average American becomes a frugal person at the age of 31, with 1-in-4 saying it happened earlier for them. Two in three respondents said that they consider being called frugal a compliment.

“The coronavirus pandemic has tragically impacted the financial situations of many people and brought new focus to the importance of prioritizing spending,” said Josh Meyers, CEO of Slickdeals.