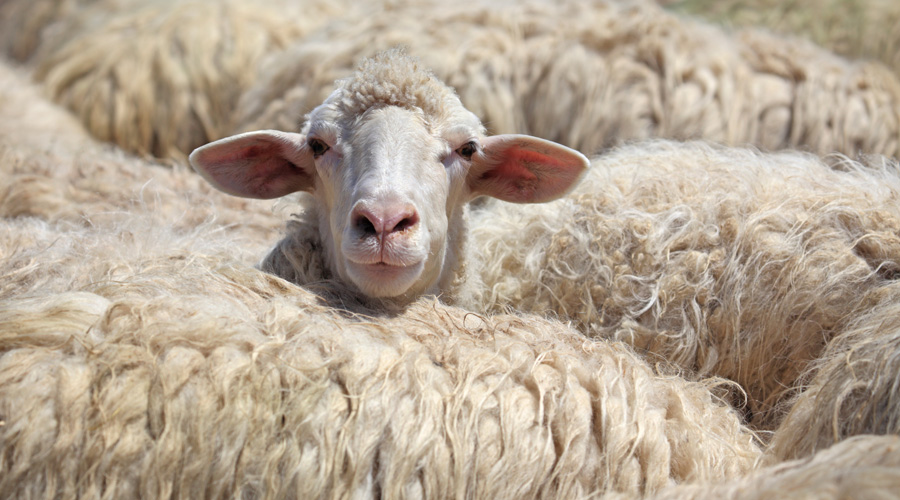 After intense pressure from apparel brands, Textile Exchange amended the Responsible Wool Standard (RWS) to ban mulesing, a practice widely used in Australia to prevent infections of sheep that has been condemned by animal welfare advocates.

Mulesing removes a small area of skin on the rear end of sheep to prevent wool from growing in the area. The practice keeps this area clean of dung and urine stains that attract the blowfly that lays larvae into the stained wool. The larvae will then hatch into maggots that will then feed off the flesh of the sheep internally, leading to suffering and eventually death.

Despite its health benefits, animal welfare and rights group have condemned the mulesing practice as inhumane.
Work on the RWS began in February 2014 when the Swiss fashion brand H&M asked Textile Exchange to convene a multi-stakeholder process to develop a standard to promote progressive practices in the wool industry. Over the ensuring period, Textile Exchange consulted with farmers, animal welfare groups, land conservation experts, suppliers and trade associations to develop a initial draft of the standard that permitted mulesing under some circumstances.

In late 2015, Textile Exchange conducted pilot audits in key sheep raising regions in Australia, New Zealand, Argentina, South Africa, Austria, the United States and the United Kingdom to gather information that was used to refine the standard and auditing and certification approach.

But at two of the stakeholder meetings conducted this spring, it became clear the standard would never gain traction if it permitted mulesing.

“All perspectives were shared, and although there were arguments for allowing mulesing with pain relief, the overwhelming message from the brands and animal welfare groups was that the RWS would not be an acceptable sourcing option if mulesing – under any conditions – is allowed,” Textile Exchange wrote in a recently released position paper. “The welfare groups stated that the Australian industry has had 10 years to eliminate mulesing, and that the industry needs a strong and clear signal that it is not acceptable. The brands stated that they would not use the RWS if it allowed mulesing, and the standard cannot succeed without the support of brands driving demand.”

Because it will take time to certify suppliers to the new standard and because mulesing will not be eliminated overnight, Textile Exchange expects demand for RWS-certified wool to exceed supply in the short term. During the transition period, Textile Exchange recommends brands:

The revised standard was welcomed by Patagonia, which stopped buying wool last August after PETA published a grizzly film showing sheep being mistreated by Argentine ranchers that  supplied some of its merino wool.

“We’ve been seriously involved in RWS development and it will represent a big part of our approach,” Patagonia  spokesperson Tessa Byers told SGB Executive. “But we will have more to announce in the coming weeks about Patagonia’s specific path forward.”