Respect Your Universe, Inc., the Mixed Martial Arts apparel brand, announced the opening of the first House of RYU athletic
training center. RYU, in partnership with Shogun MMA, officially opened
the Las Vegas House of RYU facility on Monday, July 16th, after
undertaking an extensive re-branding. The facility both inside and out
has been updated to reflect and represent the RYU ethos of respect,
strength, honor and sustainability.

The House of RYU will offer fitness and training
programs for athletes and MMA practitioners of all levels. In addition
to this, the House of RYU will also be a headquarter location for RYU
athlete appearances, fighter signings and is poised to become one of the
top Martial Arts training facilities in the world for pro fighter
training camps and fight preparation. The House of RYU will also be
actively involved with the local (501(c)(3) pending) non-profit
organization The Fight Foundation that educates and empowers at-risk
youth through Mixed Martial Arts and mentoring programs and activities,
hosting events to combat bullying and its ensuing social issues.
“RYU is honored to have the opportunity to partner
with Shogun MMA in launching the first House of RYU athletic center in
Las Vegas,” said RYU President, John Wood. “The facility will not only
showcase the latest RYU apparel, but will be home to all the men and
women RYU warriors around the country. This is a tremendous opportunity
to continue the RYU movement.”
As part of the re-branding of the facility, RYU will
also replace the previous retail display with new items from their just
released Men's Fall 2012 Collection and new Women's Fall 2012 Line so
that Martial Arts enthusiasts who train at the House of RYU will also be
able to wear RYU's premium performance apparel and gear specifically
designed to enhance their overall performance.
“We are truly honored to be partnered with such an
incredible company and brand like RYU. With the continuous evolution of
Mixed Martial Arts training, health and wellness, we feel this is the
perfect marriage between fitness, apparel and lifestyle,” added Keebo
Robinson of Shogun MMA.
Through the creation of innovative apparel and
products that have less of an impact on the environment, RYU's fabrics
and technologies boast the attributes of Moisture Control Fabric (AIR
Weave), Thermal Control Fabric (FIRE Weave), Weather Resistant Fabric
(WIND Weave) and Eco-Friendly Fabric (TERRA Weave).  RYU's authenticity
in its apparel and products is also reflected in the design of each item
containing one or more symbols from ancient Samurai iconography.
RYU is an official sponsor of the UFC and will be
visible in various elements throughout the UFC events in 2012 including
logo displays and live announcements during bouts along with television
promotions and placement on the UFC website including their web store. 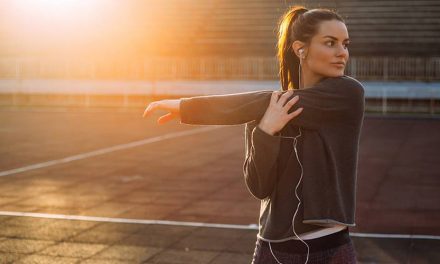