The SportsOneSource Group is projecting that Sport Footwear sales remained relatively flat in fiscal 2008.  In comments made during the WSA Financial Conference managed by Susquehanna International Group, the industry market research firm and trade publisher revealed preliminary estimates that Sport Footwear sales grew just 0.3% to $18.4 billion in fiscal 2008 through January 2009, compared to $18.4 billion in the prior year.

The business grew 2.6% in fiscal 2007. “Sales declined in the low-single-digits in the first quarter, roughly in line with decreases seen at the end of fiscal 2007,” said James Hartford, president, CEO and chief market analyst for The SportsOneSource Group, which also publishes this newsletter.  “Sales in the second quarter inched up in the very-low-single-digits and accelerated a but in the third quarter, but posted a low to mid-single-digit decline in the fourth quarter,” said Hartford.
The final fourth quarter trend was seen as a positive against the market in general and was much better than it was expected to be in the middle of December, when sales were down in the mid-single-digits to low-teens.  The consumer apparently waited until Christmas week and the week after to make their purchases.

While the recession has hit hard in every sector of retailing, Sport Footwear continues to outperform the rest of the teen market place. Given the poor comps posted for retail for January, the low-single-digit sales decline for the month in Sport Footwear was also seen as somewhat positive.
The full year results were impacted by a 3.2% decline in the womens business, reversing its trend from the prior year.  The mens business moved into positive territory again after a decline in 2007.  The kids business saw positive results, but far off the trend seen in 2007. (see chart page 2)
Average selling prices at retail increased approximately 2% to $51 per pair for the full year as unit sales declined about 2% for the year.  “While ASPs were certainly helped by the shift in gender mix, the mens ASPs were also up nearly 2% as well,” said Hartford during his presentation.

Skate remains the hottest category in footwear. Skate footwear in the U.S. represents about $1.8 billion in volume after growing more than a third in 2008.  DC was the big winner here with sales up in triple-digits as the brand expanded its presence in the Family Footwear channel.  Sandals grew in the high-single-digits for the year.  Market share leader adidas grew in the low-teens, while Jordan more than doubled share. Running shoes had a good 2008, improving in the mid-single-digits.  Total sales of running in the U.S. is now about $5 billion.  Fashion Running (two-thirds of the total market) grew about 30% for the year.  Running shoes over $90 (about a quarter of the market) grew in strong double-digits.
Hunting/Field boots posted a strong double-digit gain for the year and other Utility/Heavy Boot categories also posted gains.  Light Hiking also posted a double-digit increase for the year as average selling prices improved nearly 10% for the period.  Outdoor Casual, Boat Shoes and Winter Boots all posted increases for the year.
Most every other major category had declines in 2008.
Family Footwear, which benefited from strong Skate Footwear sales and expanded Nike product availability and sales results, and Sport Specialty, which saw gains in Running Specialty and Outdoor Specialty challenged in the fourth quarter, were the only channels to post a sales gain in 2008. Sales at full-line sporting goods declined in the low-singe-digits, while sales at the mall were down in the mid-single-digits. Mall sales were impacted by a reduction of doors as retailers moved to right-size the store count in the market.  Internet sales were flat, the first time the channel has not posted solid growth.
The estimates by SportsOneSource are based on analysis of retail point-of-sale data compiled by SportScanINFO from over 15,000 retail rooftops in the sporting goods, athletic specialty, sport specialty, Internet, mid-tier department stores, family footwear stores, and discount/mass retail channels, as well as data compiled by other various industry trade sources, and a survey of retailers and manufacturers conducted throughout the year.
Retail sales of Sport Footwear for the 2009 retail fiscal year are expected to decline in the low-single-digits as continued retail downsizing cuts into the overall numbers.  Average selling prices are expected to decline as well for the year. 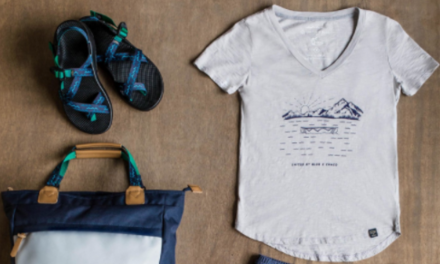 Chaco Collaborates With United By Blue

Target’s Comps Increase 1.3% in May 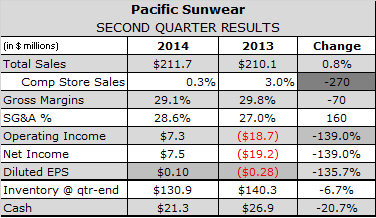