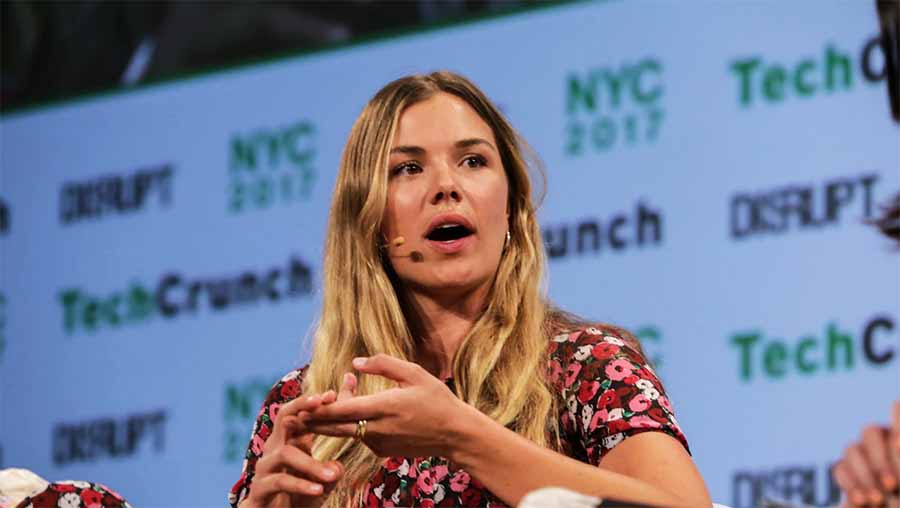 Tyler Haney, shown above, the founder and chief executive of  Outdoor Voices, has stepped down, according to the Business of Fashion.

Haney, who founded the brand in 2013, will reportedly take on a different role at the company.

According to BoF, the transition comes after the activewear upstart struggled to raise more funding at the end of last year and was losing around $2 million a month in 2019. Sales were $40 million last year, according to the report.

As of 2018, the company had raised $64 million with Mickey Drexler, the former CEO of J.Crew and Gap, among its investors. Drexler became chairman in 2017 but stepped from this role in mid-2019, according to BoF.  Pamela Catlett, a former Nike and Under Armour executive, in February 2019 was hired as president and COO, but left a few months later amid operational challenges. The report said the brand also faced challenges standing out with its mix in the crowded athleisure marketplace following the success of its initial legging design.

Outdoor Voices has 11 locations around the U.S., including in Austin, L.A., Soho in New York, Boston, Nashville, Chicago and Washington, D.C.