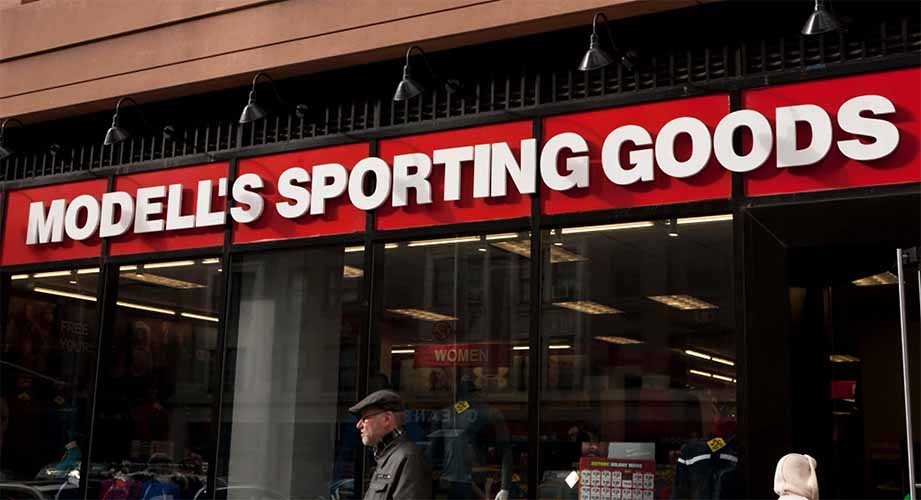 Modell’s Sporting Goods, which is seeking an outside investor to shore up its balance sheet, is closing 24 of its 141 locations.

CEO Mitchell Modell told SGB Executive that 24 stores have started going-out-of-business sales but also said some may reopen. Modell said, “We are in the process of renegotiating with landlords and some stores that we’re closing today may be reopened as a go-forward business. It’s a work in progress.”

The closings include nine in New York; four each in Pennsylvania, New Jersey and Connecticut; and one each in New Hampshire, the District of Columbia and Virginia.

Modell announced the closings during an interview with Fox Business’ Maria Bartiromo.

The store closings come after Modell’s said last week that it’s seeking concessions around payments from vendors and landlords to provide time to enact a restructuring and avert a bankruptcy filing.

Modell’s also last week said it was seeking an outside investor to acquire a minority stake in the company and Modell told Fox that RBC, an investment bank, has been hired as part of that effort. He said he still “wants to be involved” with his company but would be willing to step aside as CEO and take on a role such as executive chairman to support an equity sale. He told Fox, “Every option’s on the table.”

Modell indicated on Fox that some vendors were being cautious in continuing to ship.

“Right now, we have enough inventory but again all the sudden when they hear the different tracks you’re going on, they start getting nervous, goods are starting to tighten up now, which is why we’re up against the timeframe over the next couple of weeks ”

But he also implied the chain still has the support of the wide majority of vendors and landlords.

“They want a win for us,” Modell said. “You see e-mails even this morning, ‘We’re rooting for you!’ ‘We’ll do whatever it takes.’ But at the end of the day, they’ve got to protect their shareholders as well.”