Report: Brand Strength May Be Key in Tough Economy

The SportsOneSource Group has released its 2009 Brand Strength Index, indicating that Nike, adidas, New Balance, Reebok and Under Armour have the strongest connection with consumers going into the new year.

The Index, developed by SportsOneSource to more accurately measure a brands strength in the eyes of the consumer, is based on a formula that measures unaided brand awareness, aided brand awareness, consumer brand purchases, the consumers intent to re-purchase a brand, and the consumers unwillingness to compromise on the purchase of a particular brand.
The Nike brand took the top spot, driven in large part by its broad brand awareness levels, but also by the number of purchases and the consumers intent to re-purchase the brand in the future.  The Nike brand had been purchased by nearly 64% of the studys 8,001 survey respondents.
While the position of Nike and the others at the top of the Index is perhaps unremarkable given the dollars spent each year on marketing and product development, the market must certainly take notice as the U.S. heads deeper into a recession and consumers drift toward the brands where they have the strongest connection.  The top brands in this report are positioned to maintain or take share in a troubled economy.
“As the economy contracts and the retail environment suffers, many retailers are re-trenching back to the brands that are seen as safest,” said James Hartford, chief market analyst for The SportsOneSource Group. “The strong will most likely get stronger over the next year.”
For the Brand Strength Report, SportsOneSource looked at users within specific segments of the industry and asked them to rate the brands they know and use in addition to major brands that extend across the industrys many divisions.  For instance, team sports participants were asked more questions about team sports brands and golfers rated the golf brands.  The results were quite interesting  and telling.
As a result of this reworked definition of brand strength, smaller niche brands move up the board, reflecting their strength in the segment where they live and play.
Notable examples of larger category-specific brands benefiting from this shift include Remington at #8, FootJoy at #9 and Callaway Golf at the #10 spot.
Under Armour jumped from the bottom of a much smaller list in 2006 to fifth overall as the brand has grown exponentially over the last two years.  But the brand also benefited from the loyalty of its consumers, particularly those under 25 years of age.
SportsOneSource also specifically assessed the purchasing habits of the teen consumer and built a Brand Strength Index using the same criteria for the overall Index.
Nike and Adidas took the top two spots on the Brand Strength Index for both the teen respondents and for the overall, scoring even higher with teens than the overall, but things shifted quite a bit after those initial listings. Showing that Under Armour might very well be correct when it says it is the Nike for the next generation, the brand placed third on the teen Brand Strength Index.

Also of note was Speedo jumping to fourth among teens, while taking the #21 spot on the overall index. Speedos jump can likely be attributed to a pair of factors.  First, more teens swim competitively than do adults, by a large margin, which gives them more exposure to the brand. Second, Speedo also probably benefited from more than a few crushes on Michael Phelps following the recent Beijing Olympics.
Puma also experienced a large jump in the teen Brand Strength Index, placing sixth among this demographic, but #26 overall.

This jump shows the brands emphasis on finding and appealing to the young, hip consumer. Conversely, New Balance dropped from third in the overall rankings to seventh on the teen consumer list and Columbia fell from #7 on the overall list to #21 on the teen list. 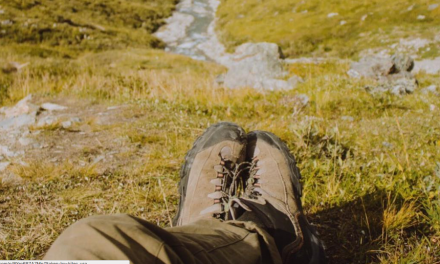