Remington Outdoor Co. earned $22.2 million in the first quarter ended March 27, rebounding from a loss of $13.2 million a year ago. The company benefited from a sharp hike in gross margins, lower operating expenses and continued momentum in firearms sales.

Firearms sales climbed 28.7 percent to $115.3 million. Modern sporting rifle sales increased $24.7 million. Sales of shotguns, handguns and other firearms increased $2.8 million, $2 million and $1.5 million, respectively. These increases were partially offset by decreased sales of rimfire and centerfire rifles of $5.3 million. The increases were primarily due to the recognition of a governmental shipment and a mini-surge in MSR sales, as well as increased sales of 783’s and Marlin Lever guns.

Freedom Group said modern sporting rifle products are seeing higher demand in the opening price point segments. The firearms segment also “experienced a strong, but disciplined demand in late 2015 and the first quarter of 2016 after the tragic events in Paris and San Bernardino.”

Freedom Group said the overall handgun market continues to grow; however, the growth is primarily in the polymer pistol, subcompact and micro pistol categories. The Remington RM380 Micro Pistol, marking its introduction to the growing handgun market for self-defense and concealed carry pistols, was recently launched.

Sales of ammunition eased 0.2 percent to $86.1 million. Sales of shot shell ammunition and centerfire ammunition decreased $3.5 million and $2.2 million, respectively. These decreases were partially offset by increased sales of rimfire ammunition of $5.5 million.

“While the ammunition segment continues to experience a slowdown in demand for premium category centerfire and shot shell products, demand for rimfire ammunition remains at historical levels and above production capacities, with a continued shift toward value centerfire target and range ammunition,” Freedom Group stated. Responding to the trend, Remington recently launched the 9mm and .223 Remington UMC range buckets and the new American Clay and Field Shot shell target ammunition.

In the consumer segment, sales slumped 34.6 percent to $16.6 million, primarily due to the sale of Mountain Khakis and the impact of disruptions caused by Remington’s vertical integration initiative. Parts sales were down $5.6 million while other consumer businesses were off $3.2 million.

Overall gross margins improved to 30.6 percent from 21.4 percent. Gross margins in the Firearms segment grew to 27.7 percent from 19.6 percent due to the volume gains as well as lower manufacturing costs due to better efficiencies and fewer disruptions in its plants. Also helping was a favorable sales mix and favorable pricing that offset accrued discounts.

Selling, general and administrative expenses were axed to 14.4 percent of sales from 21.3 percent, thanks to efforts to reduce spending, the benefits of its restructuring activities, and fewer nonrecurring items.

The filing also noted that on May 5, the company announced its plan to close the Mayfield, KY firearms production facility in an effort to become more organizationally focused and competitive. The production at this facility will be consolidated into the company’s Huntsville, AL facility. The closure affects roughly 200 employees.

Remington said in a separate statement that the Mayfield facility “has been in operation for nearly 20 years and although there is a great team at this location the strategic decision to consolidate centered on three competitively oriented areas: logistical proximity and freight synergies; organizational synergy and focus with engineering, and sales and marketing; (and) facility overhead leverage and streamlining.” 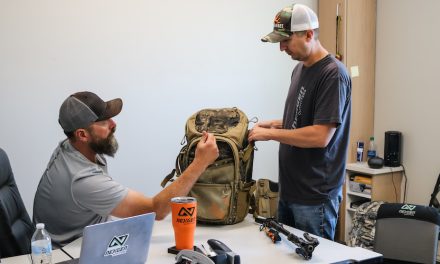 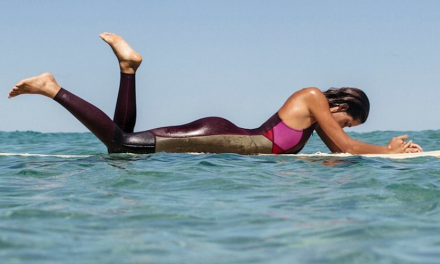