Outdoor gear and apparel retailer REI (Recreational Equipment, Inc.) commended the Obama Administration for convening the White House Conference on Americas Great Outdoors, conducted today in Washington, D.C. The conference was the start of a national dialog on the challenges, opportunities and innovations in land conservation and the importance of reconnecting individuals to the outdoors.

Todays ground-breaking conference was inspiring by the valuable dialog and tremendous expertise of the many leaders who shared their wealth of knowledge on conservation approaches and efforts to help welcome people from all communities to the outdoors, said Jewell. I applaud the president, Department of Interior, Department of Agriculture, the Council on Environmental Quality, Environmental Protection Agency and other partner agencies for taking a ‘listen and learn approach on how to remove barriers and identify solutions for enriching our public land legacy as President Obama so well stated.

During her panel, Jewell identified some significant trends affecting society and their impact on public lands such as changing demographics, urbanization, technology and climate change. She also highlighted how outdoor participation positively contributes to the American economy, and community partnerships and courageous public servants working on creative solutions across the country to make public lands more welcoming to all, especially among young people.

Prior to the panel President Obama spoke about the importance of carrying on the legacy of President Roosevelt in the 21st century. He also signed a memorandum to lay the foundation of a strategy to engage the local, state and federal government, private sector and nonprofit organizations and others. The initiative will include listening and learning sessions around the country where land and waters are being conserved and community parks are being established in innovative ways. The memorandum calls for a report to be provided by the Council on Environmental Quality to President Obama in November.

The conference was webcast live at http://www.whitehouse.gov/live, and is expected to be archived for future viewing.

In addition to her leadership of REI, Jewell serves on the boards of the National Parks Conservation Association, Initiative for Global Development, University of Washington Board of Regents and the Retail Industry Leaders Association. She is also a founding board member and past-president of the Mountains to Sound Greenway Trust in Washington State. In 2008, she was appointed as a commissioner on the National Parks Second Century Commission. This commission, led by former senators Howard Baker and Bennett Johnston, was formed to develop a vision and action plan to support the National Parks through their centennial in 2016 and into their second century. 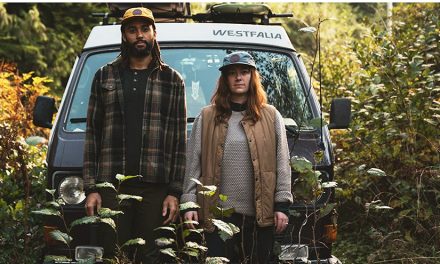