In an effort to support its future retail growth with an expanded presence in the eastern U.S., REI announced plans for a second distribution center to be located in Bedford, Pa.

REI selected Bedford as the site of its second
distribution center following a comprehensive search,
which included consideration of multiple sites in the mid-
Atlantic region the general transit corridor determined
by REI to be best for its distribution needs.

“Local,
county and state officials responded very positively to
REI locating in Bedford, which has a proven
infrastructure for distribution facilities and has great
proximity to our east coast retail locations,” said Dave
Presley, REI vice president of distribution and logistics.

Construction of the planned 400,000 square-foot facility,
to be located on approximately 35-acres in the Bedford
County Business Park, will begin next year for full-
capacity completion in early 2008, and will employ
nearly 350 full-, part-time and seasonal employees.
Upon completion, the distribution center is expected to
process approximately 40 percent of REI's total product
flow. REI's distribution system supports the company's
direct sales, 82 retail stores, and last year reported
sales of $887 million. The Bedford facility will
complement REI's Sumner, Wash.-based distribution
center, which was recently expanded to nearly 700,000
square feet to meet the company's immediate inventory
and distribution needs.

“As we grow and expand our retail and direct sales
presence, so has our need to expand our distribution
capacity,” said Presley. “Our distribution facility in the
eastern region will allow us to continue to provide the
high level of customer service and wide product
selection that REI is known for, and will prepare us for
future growth, particularly in the east.”

REI has had an east coast retail presence since 1987
when it opened stores in Reading, Mass. and College
Park, Md. Most recently REI opened stores in Pittsburgh
and Raleigh, and announced plans for new stores in
Greensboro, N.C.; Pineville, N.C.; and West Hartford,
Conn. Currently REI has 18 retail stores located east of
the Mississippi River that serve nearly 750,000 of REI's
2.5 million active members.

The new distribution
center, which will supply REI stores, is expected to better serve
REI's growing membership in the east with more
frequent product replenishment, decreased delivery
times and faster turnaround time for REI's store pickup
service which allows customers to order online and
pick up their purchases at the retail store of their
choosing without incurring shipping charges.

At a gathering today to announce REI's decision, Presley
praised the governor and Pennsylvania's economic
development team for their efforts in attracting and
welcoming REI to area. “The state's support and
understanding of our business needs has been truly
amazing, and we look forward to becoming an active
member of the community,” added Presley.

“REI's decision to locate an east coast distribution
facility in Pennsylvania is great news for Bedford and
the entire region,” Gov. Edward G. Rendell said. “REI
could have gone anywhere, but looked at what we
offered and picked Pennsylvania for this investment.
We continue to use our resources to help companies like
REI grow and create new opportunities. At the same
time, we are investing in our people and in the
revitalization of our communities. This is a tribute to
our economic development team.”

“Bedford County and REI are an excellent fit. We share
a service-oriented work ethic, a passion for outdoor
recreation and a commitment to environmental and
historical preservation,” added Bette Slayton, president
of the Bedford County Development Association. “REI,
well known as one of the country's best employers and
a strong supporter of communities in which it does
business, will also bring significant new job growth and
capital investment to our region.”

In connection with the new distribution Center, Pennsylvania Governor Edward G. Rendell announced a $1.9 million investment to help REI construct the facility in Bedford that will bring 328 jobs to the region within five years.

The Governor said the state's investment is supporting more than $28 million in private sector financing for REI, a leading supplier of specialty outdoor gear and clothing.

“This is tremendous news for the entire south central Pennsylvania region,” Governor Rendell said. “Not only is REI creating hundreds of new jobs, it also is making a $28 million investment in the future of our people and our communities.

“These jobs could have gone to Virginia or West Virginia, but the investment we are making was a key factor in REI's decision to choose Pennsylvania over other states for its second distribution facility.”

“This project is also an excellent example of how we attract private- sector investment by using our resources to help growing companies,” the Governor added. “I'm confident that REI will flourish here with the skilled workforce waiting to help in south central Pennsylvania.”

The $1.93 million financial package offered to REI through the Governor's Action Team will help the company build a 400,000-square-foot distribution center in the Bedford County Business Park II. REI plans to occupy its new facility in early 2008.

“State and local officials responded very positively to REI locating in Bedford, which has a proven infrastructure for distribution facilities and a great proximity to our east coast retail locations,” said Dave Presley, REI vice president of distribution and logistics. “Our new distribution facility will allow us to continue to provide the high level of customer service and wide product selection that REI is known for and will prepare us for future growth, particularly in the east.”

GAT is comprised of economic-development professionals who report directly to Governor Rendell. With the help of the Bedford County Development Association, the Department of Community and Economic Development and GAT offered REI a $1.93 million financial package that includes a $1.25 million Infrastructure Development Program grant, a $300,000 Opportunity Grant, $150,000 in Job Training Assistance and $237,000 in Job Creation Tax Credits.

The Governor's Action Team serves as a single point of contact for businesses that are evaluating Pennsylvania as a site for a facility location or expansion. GAT works with domestic and international businesses, as well as professional site consultants, on projects involving significant investment and job creation opportunities.

Since January 2005, GAT has successfully completed 145 projects that have resulted in commitments for 14,052 new jobs and 31,591 existing jobs to be retained in Pennsylvania.

“During his three years in office, Governor Rendell has remained committed to turning Pennsylvania into the economic leader it has become by investing in the growth of companies like REI,” said DCED Secretary Dennis Yablonsky. “Today's announcement is a testament to Pennsylvania's nationally renowned business environment, which continues to get stronger thanks to the economic development programs and incentives put in place by Governor Rendell.” 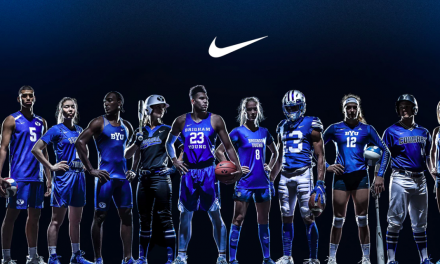