REI (Recreational Equipment, Inc.) said it is launching two commercials in select cities that mark the company’s foray into broadcast advertising. The advertisements, created by BBDO Atlanta, run in eight cities from November 30 through December 24 and complement REI’s seasonal marketing “Find Out” campaign.

The outdoor retailer said the commercials, entitled “Tree” and “Fine Dining,” portray the outdoors as a place to build community while demonstrating that outdoor recreation is an activity everyone can enjoy. With the goal to inspire an emotional connection to nature, the ads emphasize quality time with friends and loved ones through approachable activities in picturesque settings.

“Our new ads capture the co-op's love of the outdoors and our desire to share that love with others.  We hope viewers find them inviting, fun and authentic, and that they are motivated to spend more time in the outdoors,” said Tom Vogl, REI vice president of Marketing. “Whether taking shelter from rain while hiking through an old growth forest or sharing sandwiches at a campsite while being awestruck by the stars above, we want viewers to be inspired to experience nature firsthand.”

Additionally, the commercials are being shown on national cable channels, including Discovery, National Geographic, TLC, Planet Green, Travel Channel and ESPN, as well as online at Hulu.com and YouTube.com.  REI’s You Tube brand channel, www.youtube.com/user/reifindout, also features the two commercials.

The commercials were filmed in British Columbia and in partnership with BBDO Atlanta, REI’s creative advertising agency. The director was Jake Scott of RSA, rock climbing enthusiast and son of noted film director Ridley Scott. OMD Chicago managed the media buying for the campaign. 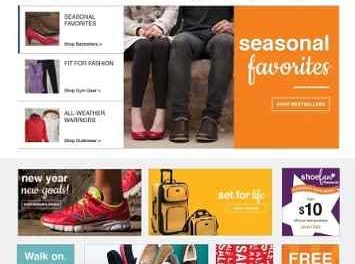