The REI Foundation has donated $1 million to the National Park Foundation to help create two new youth conservation corps that will work to restore trails in two national parks near Seattle.

The gift was announced Thursday in conjunction with a $2 million gift from philanthropists Mike and Sue Raney. Both donations are part of the National Park Foundation’s $350 million Centennial Campaign for America’s National Parks. 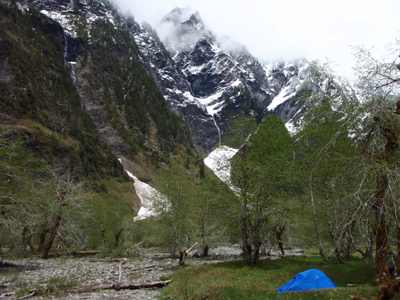 The combined multi-million dollar donation, presented during the National Park Service’s Centennial year, will establish and create a Wonderland Trail Conservation Corps (WTCC) and an Olympic Conservation Corps under the 21st Century Conservation Service Corps program, a national effort to put thousands of youth and recent veterans to work protecting, restoring, and enhancing our country’s cultural and natural resources. Each corps will provide young people with the training needed to help restore the Wonderland Trail at Mount Rainier National Park and the Enchanted Valley Trail at Olympic National Park over a 10-year period.  The REI Foundation’s $1 million investment will also support stewardship projects in 17 other parks across the country this year.

“We’ve travelled the world, but you have to anchor your soul somewhere. For us, that place will always be the Pacific Northwest,” the Raneys said  in a statement. “Both Mount Rainier and Olympic National Parks are close to our hearts. In targeting our gift, we wanted to help bring diverse youth into the parks, not only to improve trails, but to ignite a shared passion for the national parks, America’s best idea.”

The Wonderland and Enchanted Valley Trails are two of the most inspiring, iconic outdoor places in the Pacific Northwest,” according to Marc Berejka, president of The REI Foundation.

“They have helped thousands–maybe millions–of people create cherished memories,” said Berejka. “The REI Foundation is happy to support these young people and the work they’re doing. They’re having a once in a lifetime opportunity to steward these places that the community loves. We can’t wait to see the transformations that take place—both on the trails and within the young people involved.”

Mount Rainier National Park Superintendent Randy King said the trail work will teach work skills, create new park stewards, benefit the tens of thousands of hikers who enjoy the trail each year and highlight the great good that can be achieved for our national parks and public lands through philanthropy.

“From taking a long hike with friends, to walking in the footsteps of our ancestors, to experiencing first-ever glimpses of vast landscapes and rarely seen wildlife, trails can be life-changing memory makers that inspire a lifetime of devotion to our national parks,” said Will Shafroth, president of the National Park Foundation, the official charity of America’s national parks. “Thanks to the generosity of Mike and Sue Raney and The REI Foundation, youth are gaining experience in hands-on stewardship, putting sweat equity into our amazing national park trails so that millions of park enthusiasts can
create their own unique, cherished moments and fall in love with these places.”

From its inception, the National Park System has benefited from private support. Many of the earliest national parks were the direct beneficiaries of generous philanthropists and organizations who stepped forward to keep national parks protected and accessible for everyone. 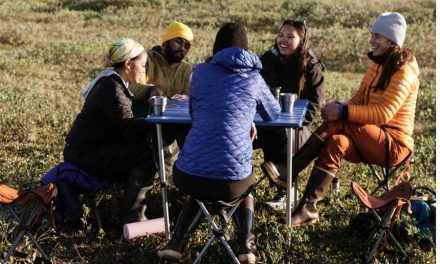