As millions of Americans gear up to spend Black Friday outdoors with friends and family, REI Co-op and The Trust for Public Land have unveiled the Urban Outdoor Access Analysis: a list of the 50 top large cities to #OptOutside.

The cities span the nation, from Glendale, AZ, to Newark, NJ, and are celebrated for the access to local parks and public lands available to their residents.

The #OptOutside movement is part of a broader effort to reverse the societal trend that humans are becoming an indoor species. For the fourth year running, REI will close all of its stores on Black Friday, pay all of its employees to spend the day outside, and invite the world to join. People interested in joining the movement can find local activities and other inspiration at rei.com/opt-outside.

The co-op has also announced a $1 million investment in a new center of academic excellence at the University of Washington that will further study the link between health and nature, including looking at how varying levels of access to outdoor places impacts community health.

“Access to the outdoors should be a basic right in America. Time outside – anywhere from a local park to a bike path to a national forest – makes us happier and healthier,” says Jerry Stritzke, REI CEO. “Eighty percent of Americans live in our big urban centers. This analysis celebrates the cities that prioritize outdoor access, and starts to give us a road map for where to improve outdoor access across the country.”

The Trust for Public Land creates parks and protects land for people, ensuring healthy, livable communities for generations to come. REI Co-op is a 17-million-member community of people who love the outdoors. The organizations are united by their work to develop healthier cities.

“From our work over the past four decades, we know that access to public outdoor space is vital to building healthy communities,” says Diane Regas, president and CEO of The Trust for Public Land. “Everyone deserves great outdoor experiences, and there’s significant work to be done to ensure that our shared public lands are universally accessible.”

The Urban Outdoor Access Analysis was developed by data analysts at The Trust for Public Land and provides a new composite view of access to the outdoors. The analysis takes into account acres of public land per resident within a 60-minute drive, as well as how many residents have at least one park within a 10-minute walk from their homes. The analysis also found that access is not created equal in America’s largest cities. In America’s 3,000 largest cities, two in three people lack ready access to public lands.

“Last year, 150 million Americans didn’t do anything active outdoors. That’s a big problem. And when we look at why it’s happening, we know one contributing factor is that not everyone has access to wild places,” says Alex Thompson, REI vice president of brand stewardship and impact. “We’re working with more than 400 partners across the country to do what we can to reverse that trend, through philanthropic investment and advocacy. Data like this helps us figure out how and where to focus that investment to have the greatest impact.”

Top cities for urban outdoor access include places like Bellevue, Washington, which has been a focus of some of REI’s rewilding efforts with partners like Mountains to Sound Greenway – an organization working to preserve an iconic, 1.5 million-acre landscape between the Seattle-Bellevue metropolitan area and Ellensburg, Washington, east of the Cascade Mountains. Other top cities span the nation, from Newark, New Jersey to Minneapolis to Las Vegas and Glendale, Arizona.

Since 1976, REI and the REI Foundation have invested nearly $100 million in organizations across the country that share REI’s goal of creating access to outdoor places and enabling transformational experiences in the outdoors for all people. More recently, REI launched rewilding projects in Chicago, Los Angeles, San Francisco, Seattle and Washington, D.C., and are intended to be a model that will reimagine what access to the outdoors looks like in cities across the country. 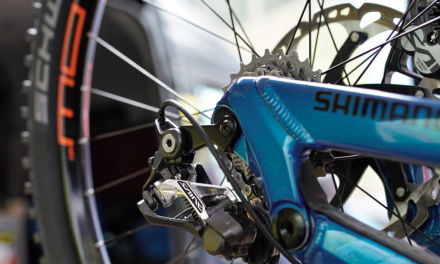