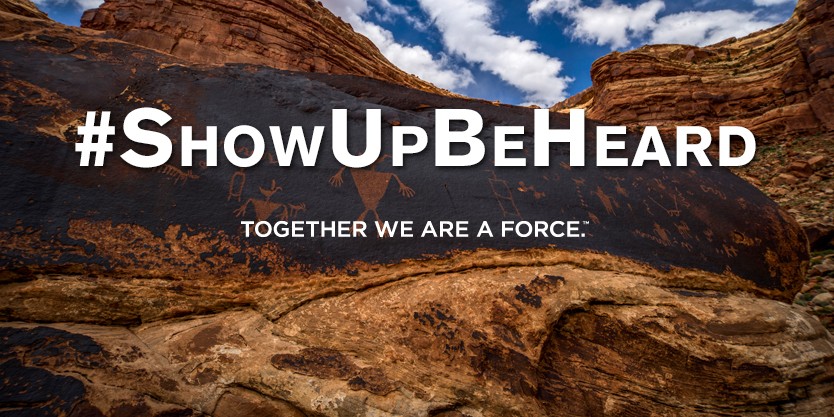 The group plans to ask the governor to stop all efforts to rescind the Bears Ears National Monument through executive order, to stop efforts to gut the Antiquities Act and “to support keeping our public lands public for all Americans to enjoy.”

The group also sent a letter to Gov. Herbert concluding, “The undersigned are asking you to champion these critical policies that are integral to the state’s and our industry’s vibrant sustainable future. If that is something you are unwilling to do, we are publicly and emphatically urging our trade group’s leadership to have our show depart with the expiration of the current contract in 2018.”

The chain reaction of press releases and open letters set off by Patagonia ramped up last week, with REI, The North Face and Gov. Herbert all adding their voices to the controversy around Outdoor Retailer’s suddenly tenuous future in Salt Lake City.

Since Patagonia and Arc’teryx jumped ship while naming Utah’s public lands policy as the deciding factor, the Outdoor Industry Association (OIA) and the governor’s office have had their hands full cooling tempers. Other companies withdrawing include Metolius, a manufacturer and designer of innovative climbing gear, and Peak Design, a San Francisco-based manufacturer of carry equipment and camera accessories.

OIA released a letter urging concerned parties to attend its Capitol Summit April 25-26, 2017 in Washington D.C. “to speak directly with allies and opponents of the public lands issues,” while Gov. Herbert published a letter in The Salt Lake Tribune that ended by saying that “I have invited and will meet as soon as possible with leaders in the outdoor recreation community to listen to their concerns.”

REI CEO Jerry Stritzke, representing the first major retailer to voice a public opinion on the subject, penned a letter to industry leaders that reaffirmed the outdoor giant’s commitment to OR. “The Outdoor Retailer show plays a special role in the outdoor community,” he wrote, continuing to say that “At the show, we advance our values by looking at sustainability issues.”

Gov. Herbert in his letter emphasized Utah’s focus on protecting public lands, writing that “Utah’s elected officials value our outdoor recreation businesses. They are growing and thriving. They are a vital part of our economy, our identity, and our culture, and have contributed more than $12 billion in direct and indirect economic benefit to our state’s economy.” Outdoor Retailer itself produces more than $40 million for Utah’s economy twice a year.

The North Face, a sponsor of the July 2017 Summer Market, named several reasons for sticking with OR. In an open letter to “industry partners and friends,” The North Face President Scott Baxter wrote that leaving the show would mean “devastating many of the smaller businesses that attend OR, many of which depend upon their time at the show.” Echoing The North Face, the OIA letter stressed that “Boycotting the show could have a significant negative impact on small- and midsize brands, specialty retailers and non-profits who depend on the business and inspiration that happens at the show.”

Baxter also expressed concerns about inhibiting the work of relevant NGOs and non-profits by deserting Utah, and opined that “leaving OR would also mean removing ourselves from the coalitions and partnerships that focus real time and money on pushing new standards in sustainability, materials development, manufacturing, and other initiatives that make us all better businesses and corporate citizens.”

Cascade Designs, a Seattle-based manufacturer of outdoor gear including the Therm-a-Rest, Mountain Safety Research (MSR), SealLine, Platypus and PackTowl brands, said in a statement it “strongly believes that in coming together as a $646 billion dollar industry we will be a more powerful and meaningful force in protecting our nation’s public lands.”

And in a press release today, Thule Outdoor and Bags Americas President Fred Clark stated, “We will stay engaged at all levels, continue with our partnership and support of the Conservation Alliance and back the Outdoor Industry Association by maintaining our attendance at the Outdoor Retailer Show in Salt Lake City. We feel that now, more than ever, it is vital to influence through unity and deliver one message as a cohesive industry.”

Meanwhile, the OIA Board of Directors in their letter applauded REI, Ibex and The North Face “and their call for industry unity by attending Outdoor Retailer this July while we work to find a more suitable venue for future shows.”

Smartwool President Travis Campbell, an OIA board member, signed the organization’s letter while also issuing one of his own. “We agree OIA should leave Utah, but we’re going to help the OIA and Outdoor Retailer search for a new, better location,” he wrote. “In the meantime, we’re going to let the industry know how we feel.”

Similar to Ibex, which last week stated it will attend OR in a limited capacity and use some of its time in Utah this summer “to collectively protest the threats to public lands,” Smartwool’s stance seems to be that remaining onsite to voice concerns and lodge protests is more effective than pulling out and lobbing criticism from a distance.

The governor fending off all this criticism admitted that, while “we as a state have done a good job of identifying the problems of federal land management, [p]erhaps what we have not done as well is to talk about the many positive aspects of public lands.” His lengthy missive is in part an attempt to rectify this lapse in communication. It also encouraged “those who question whether Utah supports its public lands to look at the record.”

Gov. Herbert and the OIA are apparently united on at least one issue – the need for calm and rational discussion in order to prevent further defections. “When we face challenging and complex issues and emotions are high, I believe the best way to move forward is to take a deep breath — and in this case maybe two or three deep breaths — then sit down and engage in constructive dialogue,” wrote Herbert.

Finally, George Curleigh, vice president of Vasque, stated that “No single brand is large enough to rally enough support for our public lands. Large companies and small ones must work together to make a singular statement that will rise above the heavy political noise.”

This plea for solidarity, however, is splitting both ways, with companies in the Patagonia camp also calling for the industry to stand together – just not in Utah.