Reebok has signed multi-year endorsement agreements with University of Mississippi quarterback Eli Manning and University of Miami's tight end Kellen Winslow, Jr. Widely considered two of the top prospects in the upcoming NFL Draft, Manning and Winslow both come from families steeped in football tradition. Manning is the son of NFL All-Pro quarterback Archie Manning and the younger brother of Indianapolis Colts star and fellow Reebok endorsee Peyton Manning. Winslow's father, Kellen Sr., is an NFL Hall of Fame tight end who had a celebrated career with the San Diego Chargers.

Standing 6'5″ and weighing in at 218 pounds, Manning has proved himself to be an outstanding athlete and is certain to follow his father and brother's footsteps as one of the top quarterbacks in the league. A big-play specialist, he recently completed a stellar career at the University of Mississippi where he collected hardware as the “2003 Maxwell Award” winner, given to the nation's top collegiate player. Manning was also named the “Johnny Unitas Golden Arm” winner for the nation's top senior quarterback. Finishing fifth in the 2003 Heisman Trophy balloting, Manning set or tied 47 Ole Miss single-game and career records. His school-record 10,119 career passing yards ranks fifth on the Southeastern Conference's career list, his 81 touchdown tosses stand as a high for Ole Miss, and ranks third on the SEC's career list.

One of the finest tight ends to ever suit up for the storied Miami Hurricanes, the 6'4″, 243-pound Winslow helped lead the 'Canes to a 23-3 record during his two years as a starter. While possessing the same fiery nature, athletic ability and “true warrior” attitude that his father, Hall of Famer Kellen Winslow, Sr., showed during his standout career with the San Diego Chargers, Winslow, Jr. hauled in 119 passes for 1,365 yards (11.5 avg.) and nine touchdowns in 38 career games. His 119 catches rank fifth on the school's career-record list and were the most ever by a Miami tight end. Winslow completed his career at Miami by being named the recipient of the “2003 John Mackey Award,” an award given to the nation's top tight end.

“Eli Manning and Kellen Winslow are two of the most electrifying players in this year's draft, and they both epitomize Reebok's brand mission of Outperforming in their sport,” says John Lynch, Reebok's vice president of sports marketing. “Their impressive credentials, exceptional athletic abilities, and passion for the game reflect the aspirations of many of their young fans. We are thrilled to have them on the Reebok team.” 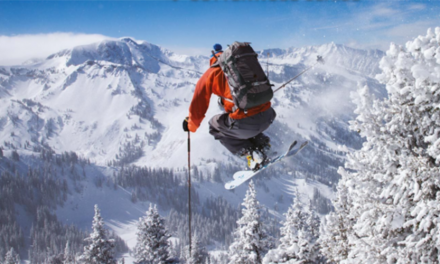