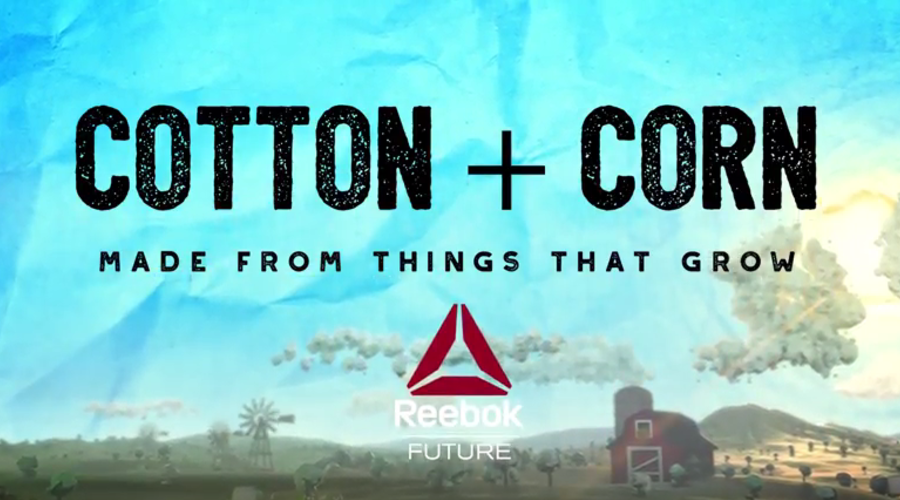 This week, Reebok introduced a new line of products made sustainably using a corn base. The Cotton + Corn initiative will come to market later this year. The first release will be a lifestyle line of shoes made using sustainable materials.

The initiative was developed by the Reebok Future team to create shoes made from things that grow. The first shoe will have an upper comprised of organic cotton and a base originating from industrial grown corn, which is not corn that people eat.

“Cotton is not a surprise,” said Bill McInnis, head of Reebok Future. “It’s not the magic part of this; corn is. Corn is where we did something different by using industrial corn – a raw material that already has a long history out there. The idea is that we have built a simple menu of cotton and corn, and we plan to keep adding on to the menu beyond the lifestyle line. The basic long-term goal for Reebok is to be able to take any of our shoes and make a sustainable version of them. We are gradually moving sustainable materials into our product line.”

The corn-based products are tested the same way as any Reebok product.  McInnis said once the company produces performance products using the same technology, they will be put to the test by athletes as usual. “We have had people use the products in the exact way they would in the real world, so we know they are going to hold up.”

McInnis said the idea stemmed from consumers becoming environmentally conscious and more aware of where products come from and where they end up. “We have been working on the concept for about five years now. Our biggest hurdle was trying to use sustainable material while still meeting people’s expectations for comfort, performance and style. Not all of our consumers had the environmental concerns, but introducing the line has helped some realize it is important where their products come from. This is the first of many steps and we will fill in the rest of the story as we go.”

McInnis said he hopes other companies will follow in Reebok’s plant-based footsteps. “If you want to make an analogy, the first electric cars didn’t fare very well until someone did it right, so the trick is to do it right the first time, and that’s what we aimed to do. We wanted to create something that made sense and was functional, and we think it will set a trend that others will follow. A lot of substances have a starch base like corn, so any of those could be in the arena for future projects like this.”