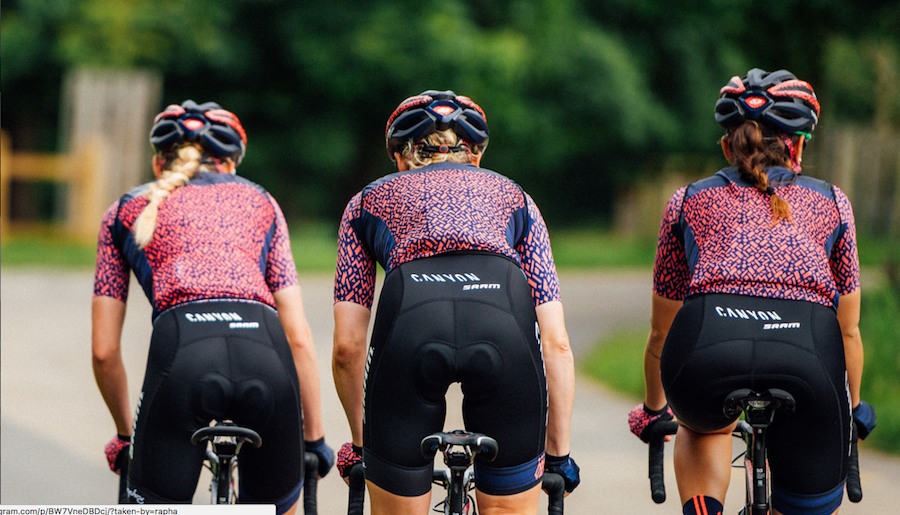 Rapha, the London-based trendy cycling apparel brand, said that U.S.-based RZC Investments, led by Tom Walton with his older brother Steuart, has acquired a majority stake in the company.

The two are the grandsons of Walmart founder Sam Walton.

The purchase price according to reports in the U.S. was £200 million ($260 million). A sale was expected since last year with LVMH and the Italian private equity group Investindustrial rumored to be among the bidders.

Rapha has been owned since its launch in 2004 by Simon Mottram and a group of founder shareholders. Formerly a branding consultant who advised luxury companies like Burberry and Davidoff, Mottram came up with Rapha after seeing a need for style-conscious yet functional cycling apparel with much of the market dominated by polyester outfits in loud color combinations. He later sold part of the company to investor Active Partners.

Mottram will remain as CEO and has retained a significant part of his stake in the business.

In its statement, Rapha noted that since its launch in 2004, the business has grown by more than 25 percent every year, has been profitable since 2009 and now has more than 200,000 active customers and 450 employees.

Rapha’s apparel lineup ranges from $70 for a long-sleeve T-shirt to $200 for gloves and $290 for a jersey. Items also include an embrocation cream, which redirects blood back into the lower extremities by stimulating blood vessels.

The brand is now selling through 20 local websites, shipping to over 100 countries and operating 17 Clubhouses in major cities around the world, with seven new Clubhouses opening by the end of this year alone. The international cycling club with more than 9,000 members, each of whom pays an annual £135 fee for perks including free coffee and watching live cyclocross races on massive television screens. The fee is $200 in the U.S.

RZC Investments is backing Mottram and his leadership team to deliver the next phase of their strategy. The acquisition will allow Rapha to roll out its Clubhouse network, membership club and range of products and services, expand its reach globally and strengthen its leadership position in cycling.

Mottram said: “This is an exciting day for Rapha. It heralds the start of the next stage of our journey and is testament to the growth and potential that people see in Rapha and in cycling. The arrival of RZC Investments as a shareholder means we can pursue our mission to elevate cycling as a global sport and recruit more participants by engaging them and enabling them to ride with us at all levels. Support from RZC Investments will allow us to further expand our active global community of cyclists, develop even better and more innovative products and services to enhance cyclists’ lives and inspire many more people to take up the world’s greatest sport.”

Steuart Walton, co-founder of RZC Investments, commented: “Rapha represents the very best in the world of cycling. Our investment demonstrates our enthusiasm for its quality products, amazing community of cyclists and customers and its strong future. Rapha’s strategic vision has set the company on a path of tremendous growth and opportunity. We’re excited to be part of this next chapter by bringing the best sport in the world to more people in more ways and places.”

Much of the recent growth was driven by international expansion, including the U.S., which accounts for 26 percent of Rapha sales. Clubhouses have opened in Boulder, CO and Chicago this year, with another set to open in Los Angeles in the fall. They joined Clubhouses in New York, San Francisco and Seattle.

Rapha intends to capitalize on the popularity of urban cycling.

“Cycling is a sleeping giant,” Mottram told the New York Times. “It helps you see new places, is a social activity and can easily be slotted in as part of daily life. From here on in, it will only get bigger.”

William Blair, Pinsent Masons and Withers advised the company on the transaction.