The deal comes amid slowing growth at Zulily, which has seen its stock price plummet in the last year as it has struggled to sustain the 80 percent annual growth rate than enabled its 2013 initial public offering. It also follows Liberty Interactive’s July 1 sales of Backcountry.com to a private equity firm for $350 million.

The transaction would create a global multi-platform retailer with $10 billion in annual sales, $5 billion in e-commerce sales, 19 million active customers and 1,000 buyers. Combined, the two companies shipped more than 230 million items to customers worldwide last year. Zulily alone has more than 15,000 vendor partners. Emerging brands like Mountain Khakis have run 50 percent off flash sales on the site, but so have global brands such as Hi-Tec and Prana.

While QVC and Zulily will continue to operate separately, Liberty Interactive Corp. President and CEO Greg Maffei said the deal will help both companies grow faster than they could have separately. Zulily will be able to leverage QVC’s global scale, vendor relationships and video commerce expertise, while Zulily will provide QVC access to a younger customers as well as expertise in personalization and other aspect of e-commerce.

“We look at this as expanding QVC's core demographic to millennial moms, leveraging the fulfillment, procurement, and back-office efficiencies that QVC has and can bring to Zulily; and creating exciting options with regard to international expansion, new product categories, and video commerce,” said Maffei.

Revenue opportunities drive deal
The deal could result in tens of millions of dollars in savings on shipping and other procurement costs, but executives stressed that cost synergies pale when compared with the potential revenue benefits of combining the two companies.

Both QVC and Zulily derive most their revenue from female shoppers with above average incomes. Both seek to create a sense of discovery and drive customer loyalty by constantly changing the brands they promote. But last year, only 6 percent of Zulily's customers purchased from QVC, executives told analysts in a conference call Monday morning.

“It feels very much like the Zulily customer is the customer that 10 years from now might migrate to QVC in terms of her core behaviors,” said QVC Group President and CEO Mike George. “So if we can get her excited about QVC at an earlier stage, we think there's a lot of opportunity there.”

George sees opportunities to cross-sell through shared events and promotions, celebrity engagement on both platforms, and joint launches of new brands. QVC TV could promote Zulily on air and even provide it video production services for its website and television commercials.

A farm system for QVC
“We tend to have smaller vendors who are earlier in their lifecycle,” added Zulily Chairman and Co-founder Mark Vadon. “I think we can almost be a farm system for finding and growing small brands that would appeal to the QVC customer, and vice versa. I've been watching lots of QVC lately and I see brands there that our customers would love. Last night on QVC we had Skechers; just an enormous amazing selection of shoes. We would sell thousands and thousands of units of that merchandise if we got it on our platform.”

On Tuesday, Zulily.com’s landing page featured men’s footwear from Bogs, carving scooters from Go-Kiddo, women’s shoes from Sanuk, women’s active wear from Marika Tek and fleece from Trail Crest, a kid’s apparel brand that specialized in camo prints. But shoppers could also use the search function to find a broad selection of deeply discounted apparel from Adidas, Columbia and Rockport.

“Each day Zulily sends millions of highly-personalized email messages before 9 AM and it presents unique web experiences to virtually each customer and visitor on their site based on their shopping patterns,” said George. “We can also cross-sell through shared events and promotions, celebrity engagement on both platforms, and joint launches of new brands. We see opportunities over time to extend the purchase cadence and increase the annual spend with both brands.”

Following the close of the transaction, Zulily will remain based in Seattle and run by its management team, with Darrell Cavens remaining president and CEO. Vadon will join the Liberty Interactive board of directors and George is being appointed to the executive committee of the Liberty Interactive board of directors, where he will join heavyweights John Malone and Greg Maffei. Darrell Cavens will report directly to George and the other members of the executive committee. Executives said they expect the transaction to close during the fourth quarter.

Targeting moms at Starbucks
Cavens and Vadon founded Zulily in 2010 with the goal of creating a site that would entice busy young mothers to return daily to discover a constantly changing assortment of boutique brands. Initially the company operated as a third-party marketplace where consumers could browse and place orders that were then fulfilled directly by vendors. It kept down costs by declining to offer free returns. It has since grown to $1 billion in annual sales.

“The use case for our customers is often when she is standing in line at Starbucks waiting for her drink or at the kids' school waiting for the kids to come out and she's got a couple extra minutes,” Cavens explained Monday. “She is able to pull out Zulily and discover fresh new product every day.”

However, this spring Zulily began reversing course on key elements of its business model. It disclosed that it would begin stocking inventory to speed up fulfillment and add more national brands, which put it into more direct competition with Amazon.com. In June it said it had launched a pilot program to test online returns. Despite these initiatives, its sales growth slowed to 4 percent in the fiscal second quarter ended June 28.

On Monday, Liberty Interactive announced it had agreed to pay $18.75 to buy Zulily's outstanding shares. While that represented a 50 percent premium over the stock’s previous close, the price was 54 percent below the stock's 52-week high and nearly 15 percent below its IPO price of 22 months earlier.

“A huge number of our products that we sell on the site don't have a UPC symbol,” he said. “They are these kind of boutique brands often from entrepreneurs around the country that don't have great distribution in their products, but we are able to offer up that special differentiated products.” He also noted that Zulily is shipping over 25 million orders a year from fulfillment centers out of Nevada, Ohio and Pennsylvania.

Defending Backcountry.com
Liberty Interactive plans to attribute Zulily's results to its QVC Group tracking stock, which consists of QVC Inc., and an interest in HSN Inc. Liberty Interactive attributes results from its other assets to Liberty Ventures Group. Those assets include interest in Expedia, Interval Leisure Group and FTD, as well as subsidiaries Bodybuilding.com, CommerceHub, LMC Right Start and Evite, and minority interests in Time Warner, Time Warner Cable and Lending Tree. Backcountry.com was part of that group until its sale last month to a private equity firm in a deal Liberty Interactive said will net it a profit of $105 million.

“There's perhaps some misunderstanding on how we have done with our e-commerce portfolio,” Maffei said. “If you look at the recent Backcountry sale, I think it was more exciting than people thought. If we look at the value created by CommerceHub and Bodybuilding, I suspect it's more than people thought and we will likely prove that over time.

“That having been said,” Maffei continued, “what we really like about this that's different is  the fact that the model is so differentiated, the fact that it fits so well, the fact that this company has been able to grow so quickly, one of the fastest to reach $1 billion in revenue. We think those are natural strengths of the business that are only enhanced by joining with QVC.” 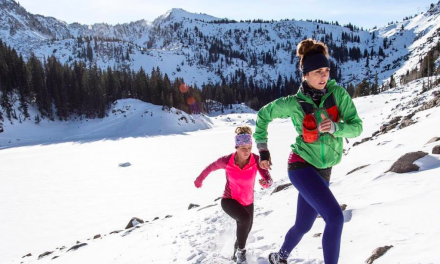