Quiksilver, Inc. announced that it had again prevailed in its Federal court trial against Kymsta Corp. and its unfounded claims against Quiksilver and its “Roxy” trademark.
Robert McKnight, chairman, CEO and president of Quiksilver, Inc. stated, “We are pleased with the decision of the court. As a matter of principle and financial responsibility, we are deeply committed to protecting and defending our trademarks and brands. We were always confident in our rights with regard to our longstanding usage and the fame of the Roxy trademark. This victory protects our valuable mark, upholds our investment in the Roxy brand, and protects consumers from confusion in the marketplace.”

To protect the “Roxy” mark against Kymstas use of the confusingly similar “Roxywear” on juniors apparel, Quiksilver said it originally filed the action, Quiksilver, Inc. vs. Kymsta Corp., in the United States District Court for the Central District of California in May, 2002. After a two-week jury trial in 2004, the Federal District Court awarded Quiksilver judgment as a matter of law, granting Quiksilver the relief it requested, namely, an injunction limiting Kymsta to its then-current use of “Roxywear” and preventing it from expanding, licensing or selling the mark. Kymsta appealed the injunction, and the Ninth Circuit in 2006 reversed the order, finding that certain issues should have been decided by the jury, and remanded for retrial.

While the case was on appeal, Kymsta dropped its junior line and started to use “Roxywear” on contemporary apparel. Given that Kymsta had ceased using “Roxywear” in the juniors market where it originated, and instead begun using “Roxywear” in the contemporary market — where it had never been sold before — Quiksilver in the retrial sought to enjoin Kymsta from all future use of the “Roxywear” mark. At the conclusion of the three-week retrial, the jury unanimously found that Quiksilver's “Roxy” trademark is valid and protectable and that Kymstas “Roxywear” infringed the “Roxy” mark and constituted a false designation of the origin of Kymstas goods.

Quiksilver said that based upon the jurys findings, Federal District Court Judge Valerie Baker Fairbank found that Quiksilver has the unfettered right to use its “Roxy” trademark and barred Kymsta from any future use of the “Roxywear” trademark, subject to an 18 month phase-out period during which Kymsta must phase out all usage, while refraining from any expansion, marketing, licensing or sale of the mark. The ruling further put an end to millions of dollars of counter-claims by Kymsta against Quiksilver.

McKnight stated, “From the beginning we had proposed a co-existence agreement that offered Kymsta their current use. Unfortunately, Kymsta chose to misleadingly portray this in the press and in the courtroom as a “David and Goliath” situation, when they knew the whole time they were only interested in extracting a large monetary settlement from Quiksilver. We thank the jury and the court for their hard work and feel totally vindicated with an outcome that eliminates the possibility of future confusion and litigation with Kymsta and shows that we will vigorously defend ourselves when we know were right.” 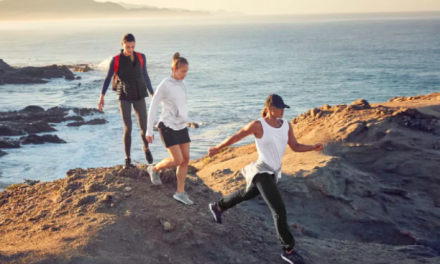