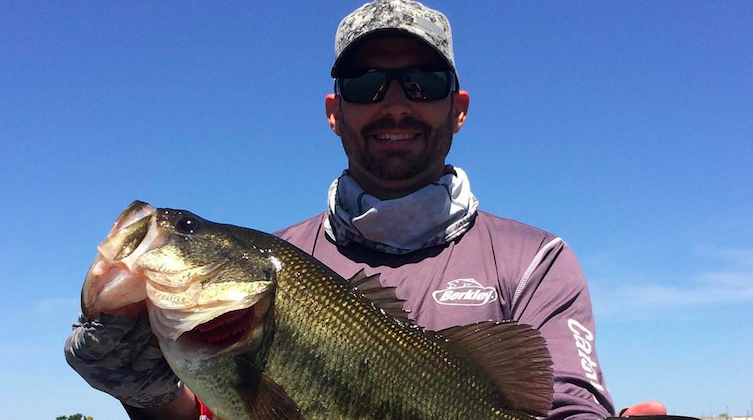 News of additional spin-offs wasn’t surprising since increasing the amount of divestitures was part of a deal brokered with activist investor Carl Icahn on March 27 that eventually helped Newell Brands avoid a proxy fight.

As part of Icahn’s deal, divestitures under Newell Brands’ Accelerated Transformation Plan would be now designed to bring in about $10 billion, up from the company’s previous estimate of $6 billion. The transformation plans was first revealed in January.

Pure Fishing, as well as Rawlings, will be the only brands sold in Newell Brands’ Play segment. The segment also includes Coleman, Contigo, Marmot, Aerobed and Campingaz.

Many of the Play brands were included part of the 2016 acquisition Jarden Corp by Newell Brands and a number of Jarden’s former brands in the active space have already been sold. In May 2017, Newell announced that it had sold Jarden Outdoor’s Winter Sports business, including Völkl, K2, Marker, Dalbello, Madshus, Line, Full Tilt, Atlas, Tubbs, Ride and BCA. The Zoot & Squadra apparel brands, also formerly part of Jarden, were also sold at the same time in a separate transaction.

On a conference call with analysts, Michael Polk, Newell Brands’ CEO, said the company e expects the divestiture process to be completed by the end of 2019.

“We believe the quite substantial cash proceeds we expect to generate applied to de-risk the balance sheet and to significantly reduce shares outstanding should drive meaningful value creation for our shareholders over the near to medium term,” said Polk. “Once completed, the Accelerated Transformation Plan will result in a simpler, faster, and stronger Newell Brands.”

Newell also announced that it reached an agreement to sell its plastics packaging unit Waddington Group, which makes disposable cutlery and drinkware, for $2.3 billion, marking its first major divestiture.

“All of these assets should command competitive multiples … the sale of Waddington validates that belief,” Polk said during a call.

The new portfolio after the divestitures will comprise seven consumer-facing divisions, which generated about $9 billion in revenue in 2017 and are expected to generate about $9.5 billion by 2020, with normalized operating margins greater than 15 percent, an increase of roughly 300 basis points versus the 2017 pro forma.

Polk said approximately 80 percent of sales for the continuing businesses hold number one market share positions in the U.S. Approximately 70 percent of the new portfolio sales will be U.S.-based, with the balance generated in international markets, with plenty of opportunity for geographic expansion off scaled positions in Europe and Latin America.

With the top 10 brands accounting for over 60 percent of sales and the top 10 customers accounting for roughly two-thirds of Newell’s sales in the U.S., the streamlined portfolio is expected to maintain the company’s scale advantage and efficiency benefits.

Importantly, he said approximately 20 percent of the company’s U.S. sales and 15 percent of the global sales will be generated from the “rapidly growing and margin-accretive e-commerce channel, reducing the future fixed cost burden expected from continued brick-and-mortar retailer consolidation and maximizing the growth and margin potential of the company,” said Polk.

“This significant simplification will provide much greater visibility into the underlying business and allow even greater scrutiny of the cost base, positioning us to identify and unlock future value through strengthened cost in working capital,” he added. “Management and the new board are committed to drive the Accelerated Transformation Plan into action and reignite performance on the continuing business, as we build a leading consumer goods company that delivers strong results and significant value for our shareholders.”

Asked in the Q&A session why Pure Fishing and Jostens were added to the list of businesses being divested, Polk said it was partly because of their fit with Newell’s continuing businesses. He said, “While both of those businesses are really interesting businesses, in some ways neither benefits as much as the ones we’ve chosen to keep from the capabilities we’ve invested to create in innovation and design and in e-commerce. While Fishing has a bit of an international footprint in the Nordic and in parts of Europe, it is less of a big global opportunity than some of our other businesses, and certainly Jostens is geographically constrained.”

But another reason is timing and both of the businesses’ healthy trends.

Polk said, “We believe that they’re performing well. We likely would have bartered those assets for something different into the portfolio from 2021 onward, and we’ve just chosen to accelerate that activity and create value for shareholders in a different way, given their environment, the environment we’re in with our depressed share price, with tax reform – potentially temporary tax reform in place to minimize leakage.

“It’s the intersection of those themes that drove us to choose to go now, get this company reset for the future, pass as much value as we can back to shareholders in the near term while we’re going through this change program and get 100 percent of the management team focused on the activities that will build the future of the company.”

In answer to another question, Polk also admitted the Newell’s management team has some work to do to improve employee morale and retain talent given the ongoing sales processes, speculation on future sales and likely more reductions in headcount as the company structure is realigned.

“There is no doubt that in the moment we’re in right now, employee morale and uncertainty is quite high,” said Polk. “That’s why it was important to get today’s announcement out there. As disruptive and jarring as it might be for folks at Jostens and Pure Fishing, it provides certainty for the balance of the company and clarity for the balance of the company as to where our focus and energy is going to pivot towards. So that’s an important first step.”

Newell will implement an engagement survey later this year to reach out to every employee in the company and make adjustments based on the feedback to fix any culture issues.

“Clearly, our intention is to build a positive performance culture at Newell Brands, one that recognizes the importance of accountability, one that recognizes the importance of building an own-grown organization, where we’re not as dependent on talent in from the outside. But we are building an organization that’s self-sustaining, that’s dependent on an ecosystem that values individual development and growth from within.

“That has to get going and there’s a lot of work to do to breathe life into it, and it’s not going to happen overnight. It happens over a period of time. There is no culture switch you can flip. Culture is earned over a period of time. And you can count on me personally to think about that as the most important aspect of my legacy in this company going forward. And we’ve got a lot of work to do there.”

In the quarter, net sales for the Play segment were $617 million, a decline of 1.8 percent versus prior year. Core sales contracted 2.6 percent, as strong growth in Team Sports was more than offset by weaker performance in the Outdoor & Recreation division, reflecting previously communicated distribution losses on airbeds and camping items, partially offset by strong growth in beverage ware.

Companywide, net income was $53.3 million, or 11 cents a share, against earnings of $638.5 million, or $1.31, a year ago. The decrease was largely attributable to the absence of last year’s $784 million gain on the divestiture of the Tools business, loss of earnings related to the Toys R Us bankruptcy and the impact of cost of goods and freight inflation, partially offset by the contributions from acquisitions, positive pricing in four of five segments, cost savings and synergies, and a lower tax rate.

Normalized EPS were 34 cents per share, flat to the prior year, as cost savings and synergies, contributions from acquisitions, positive pricing and the benefits of a lower tax rate were offset by lost earnings from divested businesses, lower core sales volume and inflation. Results exceeded Wall Street’s consensus target of 27 cents.

Revenues were $3.0 billion, a 7.6 percent decline versus prior year, primarily reflecting the negative impact from 2017 divestitures net of acquisitions, the business disruption to the Baby business created by the Toys ‘R’ Us reorganization and subsequent liquidation and significant inventory de-stocking in the Writing category’s office superstore and distributive trade channels. Core sales declined 3.5 percent, driven largely by Writing and Baby.