Kering said of the group in its first-quarter press release:

“In the first quarter of 2014, while the Footwear market remained under pressure in Western Europe, revenue generated by the Sport & Lifestyle activities remained virtually stable (-0.2% on a comparable basis).

Puma posted encouraging results, with sales down just 0.4% on a comparable basis, both in directly operated stores and in wholesale. Performance was mixed across regions, with solid performances in Eastern Europe, the Middle East and, to a lesser extent, North America.

Accessories and Apparel were up over the quarter, largely offsetting slower sales in Footwear,
although the latter category showed encouraging signs, with improving sell-through in wholesale and the evoPOWER football line meeting with market success.

Business at Volcom picked up over the quarter, especially in directly operated stores in Europe. Electric posted positive revenue growth, mainly attributable to the launch of new product categories.”

According to Reuters, officials at Kering, formerly PPR, also indicated it was holding up further acquisitions in the sports and lifestyle sector only once it had turned around Puma. It acquired Volcom and Electric in May 2011.

“We will resume acquisitions once Puma's results have improved,” Kering Deputy Chief Executive Jean-Francois Palus told a conference call with investors about the group's first quarter 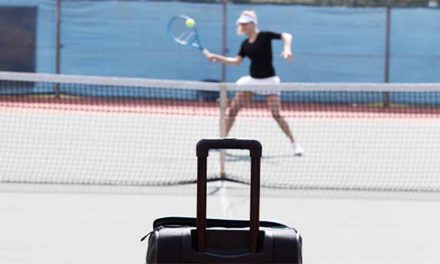