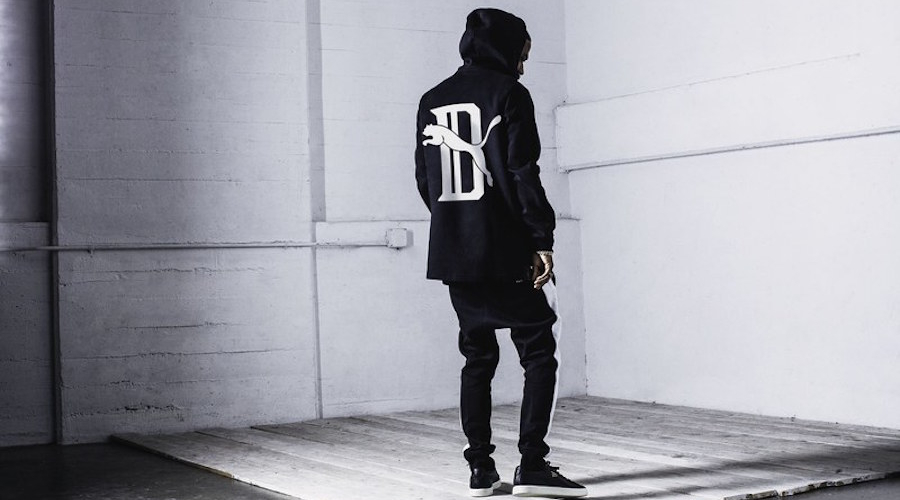 Puma officially announced that it had partnered with cultural influencer, Grammy nominated, multi-platinum recording artist, Big Sean, as their new creative collaborator and global ambassador.
Reports of Big Sean leaving Adidas to join Puma first arrived in January.  The German brand now counts Sean amongst Rihanna and The Weeknd as its musician collaborators.
Big Sean will be working alongside Puma’s team to design an exclusive collection that’s set to release in Spring 2018.  Included in the new partnership, Big Sean will become as the face of the next Puma Classics campaign this summer.  Before that comes to fruition, he will represent the brand utilizing styles from its Classics line – from the iconic Puma Suede and Clyde to the fly T7 Track Jacket and Pant. Puma will also be supporting Sean in his upcoming “I Decided.” summer tour where the brand is a sponsor.
Adam Petrick, Puma’s global director for brand marketing remarks about the partnership, “We are thrilled to have Big Sean on board. Anyone who’s followed him throughout his career will know that his talent goes beyond music. His passion for creativity and individuality is very strong. We’ve already kicked off the design process with Sean and we’re glad to see a fusion of his unique style and PUMA’s sports heritage coming through. We’re very pleased to welcome Sean to the Puma family.”
Photo courtesy Puma