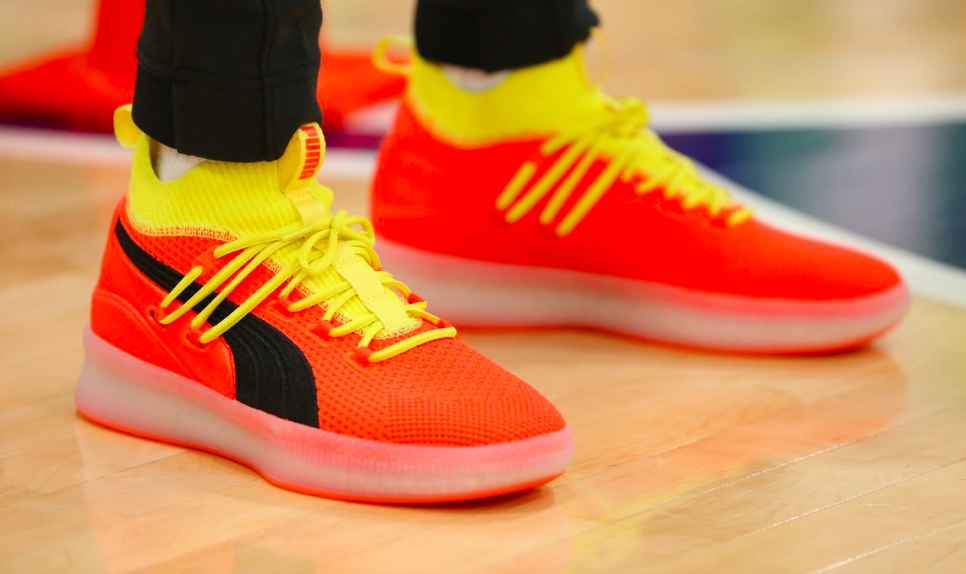 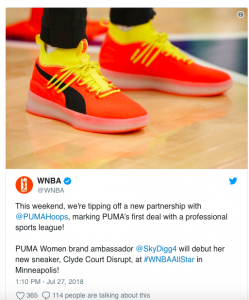 The partnership was was announced over the weekend during the WNBA All-Star Game in Minneapolis. Under the arrangement, Puma will be able to use the North American league’s trademarks and show WNBA players in its marketing campaigns.

“Puma not only has foresight, they are fearless trailblazers that walk the walk alongside their partners,” said WNBA star Skylar Diggins-Smith, commenting on the agreement. “I’m proud to be part of a family and a brand that supports the WNBA and all the strength, independence, athleticism, individuality and feminism we represent.”

In June, Puma announced plans to re-enter the performance basketball business after nearly a 20-year absence. A number of NBA rookies have been signed, including No. 1 overall draft pick DeAndre Ayton as well as Marvin Bagley, Zhaire Smith and Michael Porter Jr. Other NBA players becoming Puma ambassadors includy Gay and Terry Rozier. Rapper and entrepreneur Jay-Z has been appointed as the creative director of Puma’s basketball operations. Diggins-Smith was signed in 2017.

Puma, after the announcement, inked multiple deals with individual NBA players, including top draft picks Deandre Ayton and Marvin Bagley III, as well as Celtics guard Terry Rozier, whose deal was made public this week.

Puma also inked a multi-year partnership with U.S.-based The Basketball Tournament (TBT), the $2 million, winner-take-all summer basketball event broadcast live on ESPN. Puma still does not have a league-wide deal with the NBA, meaning it cannot show its endorsers wearing their NBA uniforms

The partnership, of which length and financial terms were not disclosed, marks Puma’s latest push into basketball after nearly two decades of not being involved with the sport. In June, the company named American rapper Jay-Z as the creative director of its basketball operations, while it is also an official partner of The Basketball Tournament, a U.S. $2 million winner-takes-all competition taking place this summer.