Puma announced it will host the 'Africa Unity Experience' in Paris from May 28-29 as the brand's kick-off for World Cup(TM). Three PUMA-sponsored African Federations-Cameroon, Ivory Coast and Ghana-will participate in a series of 'Unity' events to generate fan support, build consumer engagement in advance of South Africa and raise funds and awareness for the United Nations Environment Programme (UNEP) and PUMA's 2010 International Year of Biodiversity project 'Play For Life'.

PUMA is the sponsor of seven football teams qualified for the World Cup 2010(TM), four of which hail from Africa.

PUMA will kick off the game with a 'Play For Life' Fundraising Parcour incorporating some of Africa's most renowned players including Cameroon captain Samuel Eto'o. Each skills rotation will feature a real-time fundraising mechanic, determining PUMA's parcour donation for UNEP's 2010 International Year of Biodiversity. The better they perform, the more money the players will generate to help support biodiversity programs in Africa.

The Africa Unity Experience then culminates in a free concert sponsored by PUMA and curated by Africa Express on Friday, May 28 at 19:30 at La Cigale in the 18th arrondisement. Africa Express is a collective of African and Western musicians with the mission to bring African music to a wider audience. Musicians from across Africa have been invited to represent their national African football team, underscoring the Unity message. Along with collaborations and special guests, the headliners include Tiken Jah Fakoly (Ivory Coast), M3NSA and M.ANIFEST (Ghana), Les Nubians (Cameroon) and Amazigh Kateb (Algeria). Additionally, PUMA footballers and Hollywood actor Djimon Hounsou will make a special appearance during the concert.

“We're excited to host the Africa Unity Experience-PUMA's official send-off to the African teams who are World Cup(TM) bound,” said Jochen Zeitz, Chairman and CEO, PUMA AG. “It is through events like these that PUMA's positioning as a sportlifestyle brand really comes to life. It represents the perfect marriage of sport and music and culture, bringing the Unity message into focus. With our partner UNEP, and with the full support of the African Football Federations, we hope to raise awareness and interest in the topic of biodiversity through our activities during Africa Unity Experience event.”

On Saturday, May 29, the activities conclude with the PUMA-Intersport Africa Unity Experience Camp, where winners from an Intersport consumer contest will have a chance to go toe-to-toe with current PUMA players and African football legends such as Roger Milla and Tony Yeboah, in a series of skills challenges. These exciting fan engagement opportunities-part football, part festival, all PUMA-will create a truly inclusive and memorable experience.

The Algeria Football Federation, the fourth PUMA Africa team that qualified for World Cup(TM), will not be present for the Africa Unity Experience, as their training will take place May 31-June 4 in Herzogenaurach Germany, the location of PUMA's world headquarters. PUMA will recognize the Desert Foxes in absentia during the Africa Unity Experience with customized retail promotions, a consumer contest, dedicated music performances by Algerian artists during the May 28th concert and pre-recorded fan messages delivered by members of the football squad that will air during the Africa Unity Exhibition Game.

The football teams participating in the Africa Unity Experience will sport PUMA's Africa Unity Kit, the world's first continental football kit that was launched in January 2010 and designed to be worn as a third uniform by PUMA's 13 sponsored African football teams in the run-up to World Cup. To commemorate the Africa Unity Experience and honour PUMA's heritage in African football, the sportlifestyle company has launched a series of companion Unity products which are available to consumers. A portion of the profits from the sale of the Unity products will be allocated to programs that support biodiversity in Africa, via UNEP's 2010 International Year of Biodiversity and the 'Play For Life' partnership. Replica Unity jerseys will be available online and at retail worldwide beginning May 15th. PUMA Unity t-shirts and shoe “lacelets” designed by artist Kehinde Wiley are also part of the product pack.

In a bid to curb the unprecedented loss of the world's species due to human activity – at a rate some experts put at 1,000 times the natural progression – the United Nations has marked 2010 as the International Year of Biodiversity. Africa alone is home to some one quarter of the world's 4,700 mammal species and eight of the world's 34 biodiversity hotspots are on the continent. But Africa is now facing a massive loss of biodiversity as habitats are becoming threatened by human activity, putting many species in danger of extinction. 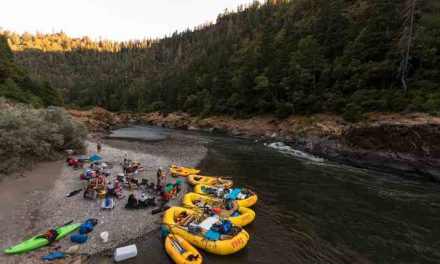 Under Armour Makes Move into Licensed Apparel; Will Double Biz Again in 2004…