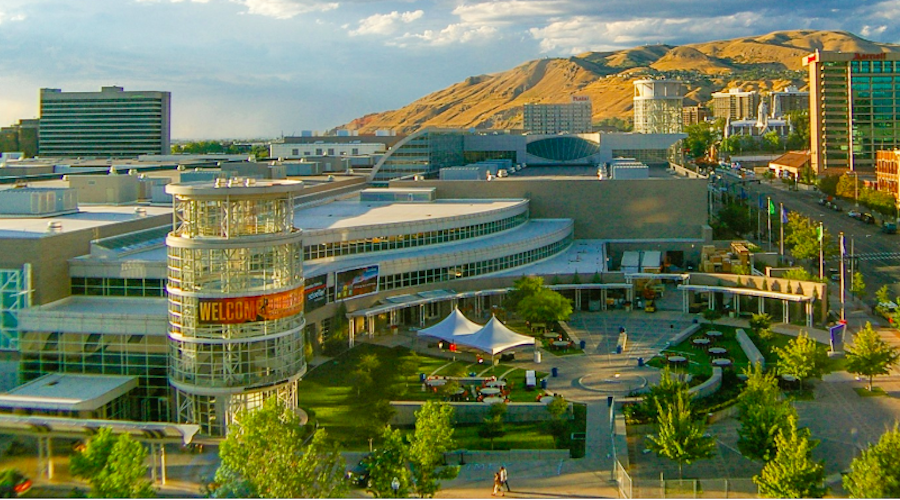 The Big Gear Show will take place at the Calvin L. Rampton Salt Palace Convention Center and it replaces PSR, which was held in Oklahoma City in 2018 and 2019 after its 2017 debut in Madison, WI.

Bush’s and Bacon’s newest venture will focus on the hardgoods of paddlesports, cycling, climbing and camping. It will feature a pre-show “outfitting/excursion experience” on July 21, followed by a traditional B2B trade show July 22-23, a half-day of the trade show on July 24 with a VIP retailer event and industry party later that afternoon and evening, and a consumer show on Saturday, July 25.

“The Big Gear Show is a show for the rest of us – the innovators, the start-ups, the domestic manufacturers, and the local gear shops where the staff walk the talk, bringing in novices and sending out enthusiasts,” Bush and Bacon wrote on the event’s website. “By saving our exhibitors over 50 percent in exhibition fees, our pricing structure keeps money in the pockets of gear companies, who simply don’t have the margins to afford expensive trade shows.

“This is why we are launching The Big Gear Show. We are not beholden to the demands of big boxes and mega brands, and stock tickers. And just like you, we are innovators, challenging and disrupting the status quo in the outdoor trade show business.”

The show will take place a few weeks after OR Summer Market, which left its former home in Salt Lake City beginning in 2018. Unlike OR, the Big Gear Show will focus only on hardgoods for one simple reason.

“Hardgoods are completely different than soft goods,” Bush and Bacon wrote. “The way they’re sourced, manufactured, prototyped, produced, and purchased is radically different. The margins and the business model are totally different. The sales velocity is totally different. There are already several outstanding trade shows focused on apparel and footwear. But we are focused exclusively on gear. The stuff that got us all outdoors in the first place.”

The Big Gear Show will focus on four categories—paddle, bike, climb, camp—and each “will have its own basecamp, replete with an experiential demo area, buyer lounge, stage for seminars and panels, and new product showcases. We are all about heralding product innovation in all aspects of the show and challenging the entire industry to answer the fundamental question of ‘what’s next?’”

Along with Bush (owner of Rutabaga Paddlesports and Canoecopia, former OIA and Outdoor Foundation board member) and Bacon (former chairman and CEO of the Nantahala Outdoor Center and former OIA board member), another event organizer is National Bike Dealers Association, which is endorsing the show as the official national show for the bike industry

Look for more on this development, including industry reaction, this week in SGB Executive.