A host of colleges across the country have ended their licensing agreements with Russell Athletic over charges that a plant in Honduras was closed in order to shut down a union. Russell has said the closing was in response to economic reasons and denied the anti-union allegations.

Complicating matters even more is a report by the Fair Labor Association, which supports the Russell position while suggesting at the same time that there was some labor strife at the factory in question.  Activist students, emboldened by past wins against other brands, seized upon the one aspect of the FLA report and another by a workers rights group, while ignoring the primary assertion by the FLA that the reason for the closure was economically based.
To address the stated concerns, Russell Brands has created a Corporate Social Responsibility Improvement Process to review its stance on worker rights and community involvement.  However, that has not stopped the flood of actions taken by a number of universities and colleges in response to widespread student protests across campuses.
Among the schools that have ended their contracts are Cornell, Duke, Georgetown, Miami, Michigan State, Penn State, Purdue, Rutgers, Washington and Wisconsin.
International labor groups have accused Russell Brands, owned by Berkshire Hathaway, of closing its Jerzees de Honduras (JDH) plant last October after 750 of the factory's 1,800 workers organized a union. The labor groups assert the union workers had been the targets of intimidation and threats during the months leading up to the closing of the factory.
The issue initially surfaced after a report released in November by the Washington, D.C.-based Worker Rights Consortium said the group found substantial evidence that anti-union sentiment played a significant role in Russell's decision to close one of its plants in Honduras.

In a separate report involving three independent investigations into the closing of the plant, The Fair Labor Association, also based in Washington, said in late January that economic factors drove Russell's decision to close the factory.
The FLA's report stated: “Given the rapidly declining orders for certain products, the overall global economic context, and the wave of factory closures throughout the apparel export sector in Honduras, including three Russell factories in the last year, the FLA finds the economic factors persuasive and accepts that Russells decision to close JDH was principally a business matter.”
But the FLA report also said investigators found evidence of labor-management conflicts at the Honduras plants. “There are some clear areas where Russell Corporation's implementation of freedom of association was weak and did not fully protect workers' rights,” it said.
The FLA recommended ten remedial steps in its report that Russell should take to improve worker relations and mitigate the impact the closure of JDH may have on union organizing in Honduras.
Russell agreed to take the steps, but it also released a statement insisting that the plant was closed for economic reasons. The statement read, “Many companies have been forced to initiate staff reductions and facility closures in response to the overall global economic slowdown. Likewise, Russell was forced to make the difficult decision to announce the closure of the Jerzees de Honduras facility along with six other plants in the last 12 months in response to declining market demand. Six of the seven plants closed were non-union plants.”
Russell Brands has also made the decision to close its Atlanta, GA headquarters, affecting a number of white color positions there.
Russell also disclosed an Action Plan in which it acknowledged that “management mistakes were made that led to a failure to adhere” to “standards on freedom of association.” The company vowed to improve its compliance and enhance what it called its “overall corporate social responsibility process.”
In response to the FLA's requests, Russell said it is working to find jobs for the displaced workers, including providing education and retraining if necessary. It's also improving employee grievance procedures as well as performance review and disciplinary procedures for factory supervisors.

Finally, Russell is adding an extra verification step to its third party factory audits and created a website, www.russellsocialresponsibility.com to provide more visibility behind its labor relations efforts. The website also includes Russell's Operating Principles, Code of Conduct, Employee Programs and the FLA report.
Russell concluded, “We are committed to establishing the best monitoring and remediation program possible and to the transparency of that process. We are also mindful that in the current context of international business, where new challenges are inevitable, we must continually seek creative solutions. This means going beyond legal requirements to working with new and diverse stakeholders as we seek to constantly improve.”
Russell Brands, which operates Russell Athletic, Spalding and Bike Athletic, has been undergoing a consolidation since its acquisition by Berkshire Hathaways Fruit of the Loom division in 2006. Over the last year, Spalding moved its headquarters from Springfield, MA, to Atlanta. In late January 2009, Russell Brands decided to close its Atlanta, GA offices and shift most of those functions to its parent company campus in Bowling Green, KY. 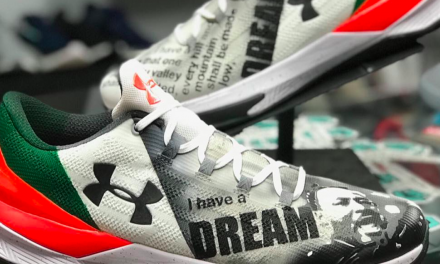