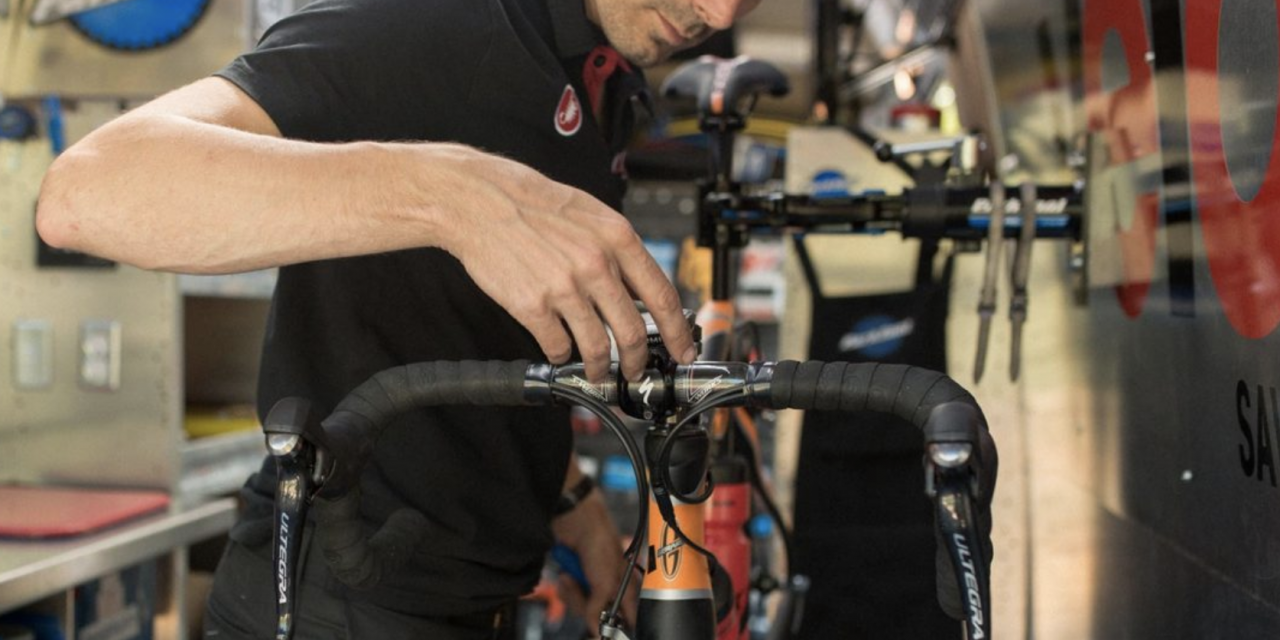 Vancouver, BC, October 15, 2019 — velofix, the leading Mobile Bike Shop operator in North America, is on a mission to get more people on bikes by redefining the service experience to meet the demands of today’s discerning consumer.

The six-year-old company was founded by entrepreneurial cyclists Chris Guillemet, Boris Martin, and Davide Xausa. The three successfully closed a round of funding in the second quarter of this year with MacKinnon, Bennett and Company, a Montreal-based clean energy and transportation fund, and set to work immediately to build a foundation for rapid, next-level growth.

The expansion occurs at an opportune time both culturally and in the retail sector. Today’s consumer expects a top-tier service experience delivered through their channel of choice, consistently and reliably. And today, more and more people want to commute by bike or live a healthier lifestyle. Cycling is becoming more a part of daily life, a trend that will only grow as the forthcoming overhaul of the Urban Transportation Act gets underway.

velofix is ready for the demand. Kicking off Fall 2019 and rolling into 2020, the company will debut a larger fleet of velofix Mobile Bike Shops, comprised of a growing family of franchise partners and corporate-owned Mobile Bike Shops. velofix is also adding key hires to its team and opened a new U.S. headquarters in the tech hub of Austin, Texas.

“It’s exciting to see the momentum being built and the talent coming on board that will propel velofix and our franchise partners to the next level,” said Chris Guillemet, CEO and Co-Founder of velofix. “We are still a franchise business to the core, but adding this new office and the corporate-owned  fleet will allow us to expand our footprint tremendously, getting more and more people on bikes.”

In June of this year, velofix announced Donny Perry would join the brand as SVP of Retail Strategy and Operations. Perry most recently served as Head of Retail for North America for Bang & Olufsen, and prior to that, led Retail Development for Specialized Bicycles. velofix also added three new leadership hires, based in Austin.

Whitney Wofford joins velofix as Director of Marketing, Cameron Simpson as Director of Procurement and Matt Proctor as Vice President of Business Development.

Bringing a multi-dimensional background with a range of consulting and advertising experience, Whitney Wofford was instrumental in the launch of NIKE’s NikeWomen campaign. She has also developed brand and strategic development for other big-name brands including Hewlett-Packard, Southwest Airlines and Pizza Hut. Whitney will be focused on growing and increasing the efficacy of the velofix brand footprint.

Cameron Simpson joined velofix from FSA where she was tasked with growing its U.S. aftermarket sales by managing all U.S., Canadian, and South American dealers and sales programs. In the last 10+ years, she has participated in leading industry trends, business strategies, product planning, marketing initiatives, and most importantly, the direction the cycling industry is heading.

Matt Proctor, velofix’s new Vice President of Business Development, brings more than nine years of cycling and strategic partnerships experience to the team, having worked most recently as the Business Development and Strategy Lead for Specialized USA. Proctor will be a key player on velofix’s Senior Team, activating new partnerships for the brand and its franchise partners.

Velofix franchisees currently operate Mobile Bike Shops in 115 territories in North America and counting. The company will be looking to increase its presence in existing territories and expand into new markets. While capturing 115 territories is impressive short term growth, the opportunity to scale could not be greater as cycling trends continue to justify an assured increase in ridership and bike ownership.

About Velofix: velofix was launched in 2013 by Chris Guillemet, Boris Martin, and Davide Xausa, who all share a passion for cycling and the common belief that bicycles can help change the world.  The brand’s core mission – get more people on bikes and solve problems standing in the way of this goal. Today, velofix is the largest fleet of Mobile Bike Shops in North America with plans to double in size over the next 18 months.  Six years ago, the focal issue being tackled was saving time for busy cyclists by bringing the bike shop experience to a rider’s front door. Today, saving time remains a core tenant to the brand’s promise while velofix grows and partners with like-minded members of the community who also see riding bikes as a solution to today’s societal trends and future obstacles.

Mentions:  EY Entrepreneur of the Year 2018 Winner (Pacific Region-Emerging), featured in the New York Times and recognized on Entrepreneur Magazine’s rankings for Franchise 500, Fastest Growing Franchises and Top New Franchises of 2017. velofix has also been called “one of the most impressive mobile franchises” by Entrepreneur Magazine. Featured by Globe and Mail as Canada’s Top Growing Companies 2019.