The North Face (TNF) has launched the official sport climbing competition uniforms to be worn by athletes from the U.S., Japan, South Korea, and Austria in Tokyo.

“As a longtime supporter of climbing, we take great pride in not only designing the first competition uniforms but, more importantly, in having the opportunity to celebrate the next milestone of the sport,” said Steve Lesnard, Global Vice President of Marketing, The North Face. “As climbing is introduced on the ultimate global stage this year, the opportunity for athlete recognition is monumental, and we are honored to continue to be a part of the growth of the sport and to celebrate the united spirit that these games will represent after such a trying year.” 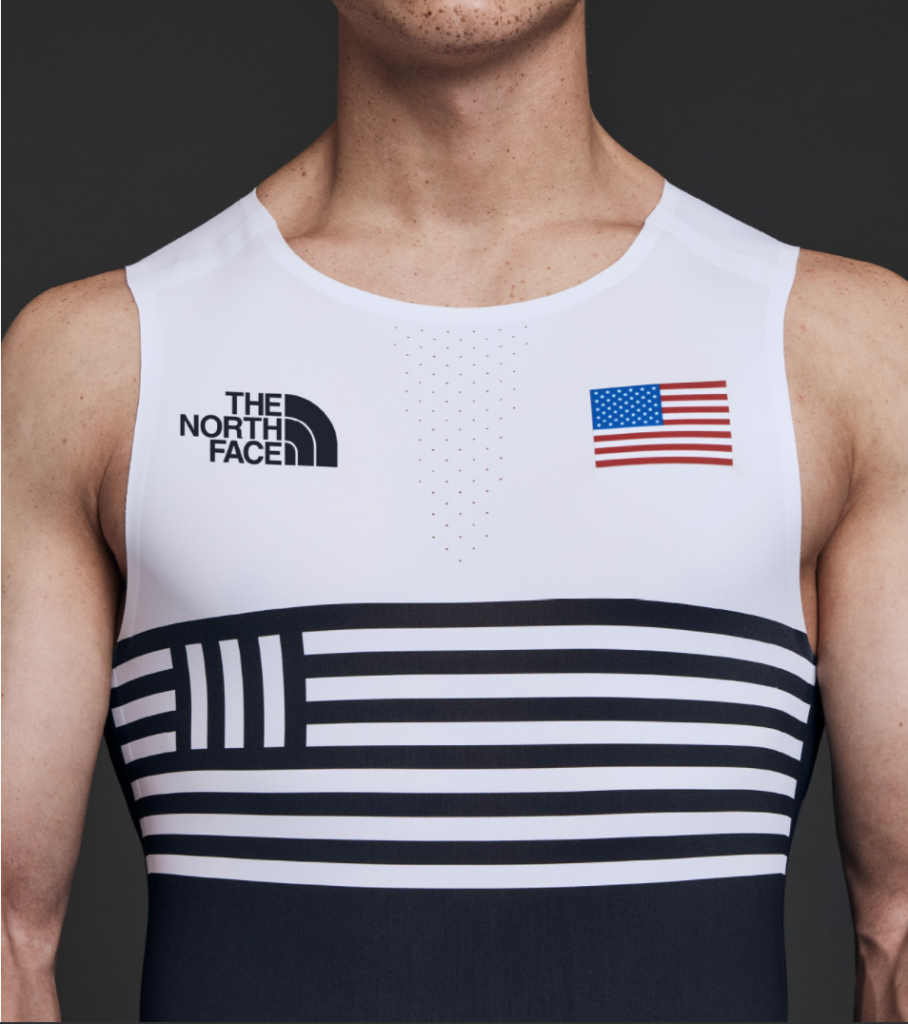 In developing the uniforms, The North Face drew inspiration from its roots in Swiss design, grounded in “simplicity and boldness … to meet both the technical needs of the athlete and celebrate the individuality of each country’s flag.”

“While we sought to first create an extremely lightweight and breathable design, we also wanted to produce a design that honors the bold and timeless heritage of The North Face as well as the unique spirit of each federation,” said Erica Cottrell, design manager of climb, The North Face. “We were able to create a kit that stylishly celebrates the essence of exploration and allows each athlete to customize their competition look based on their personal style and preferences.”

In designing the uniforms for the U.S., Japan, South Korea, and Austria, The North Face interpreted each country’s flag using the Swiss grid system. “The U.S. uniforms were stylized to represent the stars and stripes of the American flag; the Japanese design was inspired by the sun on the Japanese flag, accompanied by a thick border; the South Korean uniform focuses on symbols called Kwae that represent the principles of movement and harmony; and the Austria design is an abstracted pattern based on the three horizontal stripes of the country’s flag.”

For the first time in the company’s history, The North Face used 4-D scanners to create customized, responsive clothing that anticipates the athlete’s movements through shoulder and hip articulation. During the testing and development phase, The North Face tuned the kits with athlete feedback.

“As a climber, one of the most important aspects of your gear is that it doesn’t weigh you down on your way up the wall, and these uniforms truly feel like you are wearing nothing,” said The North Face Global Athlete Nathaniel Coleman. “Being able to participate so deeply in the development of these uniforms was such a unique experience, and the end product is finely tuned product build for the specific needs of those competing this year in Tokyo.”

In honor of the competition, The North Face has also designed a Federation Kit that includes styles specific to the needs of each athlete across disciplines—speed climbing, bouldering and lead climbing—ranging from bodysuits to tanks and shorts, and the Federation Kit will be worn by athletes and coaches this summer.