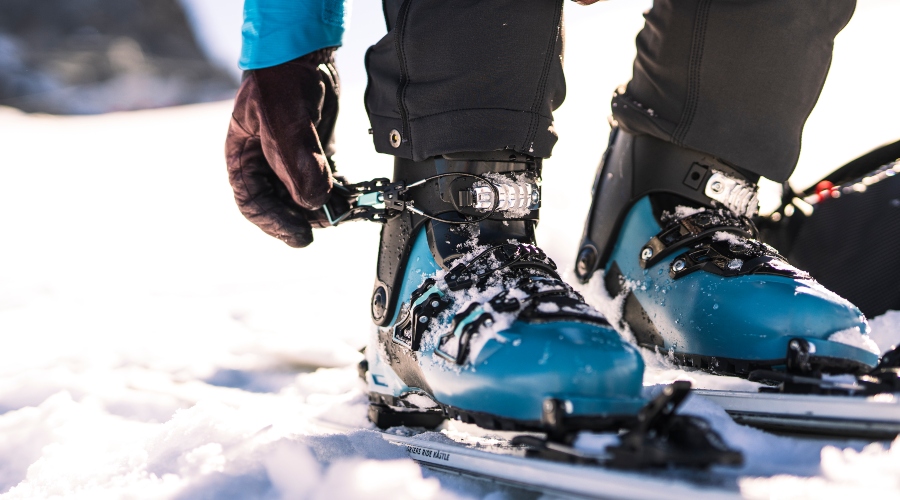 Combining performance with functionality for touring, backcountry travel and walking, Scarpa said its 4-Quattro XT and SL will appear to a broad range of consumers, including “expert-level alpine skiers and snow professionals to everyday skiers looking for versatility paired with power, mobility, lightweight, and security for moving on your feet.”

“The 4-Quattro boot is Scarpa’s first line of ski boots fully focused on the alpine-ski world, so we made sure to build a boot that’s performance-oriented, light and technical enough for the best skiers in the world, but one that’s comfortable and versatile for everyday skiers who want a boot that spans a big range of potential uses,” said Massimo Pellizzer, ski boot category manager, Scarpa.

The 4-Quattro boots carry forward Scarpa’s Freedom series, introduced in 2013, that melded alpine ski performance and construction in an overlap shell with a lightweight and wide range of cuff motion. The series also factors in sustainability with a shell and cuff made from renewable, plant-based materials.

Scarpa will show its Quattro boots in Denver on January 25, where it will host a kickoff event with new ski ambassador Bode Miller, longtime ski athlete Chris Davenport and others.