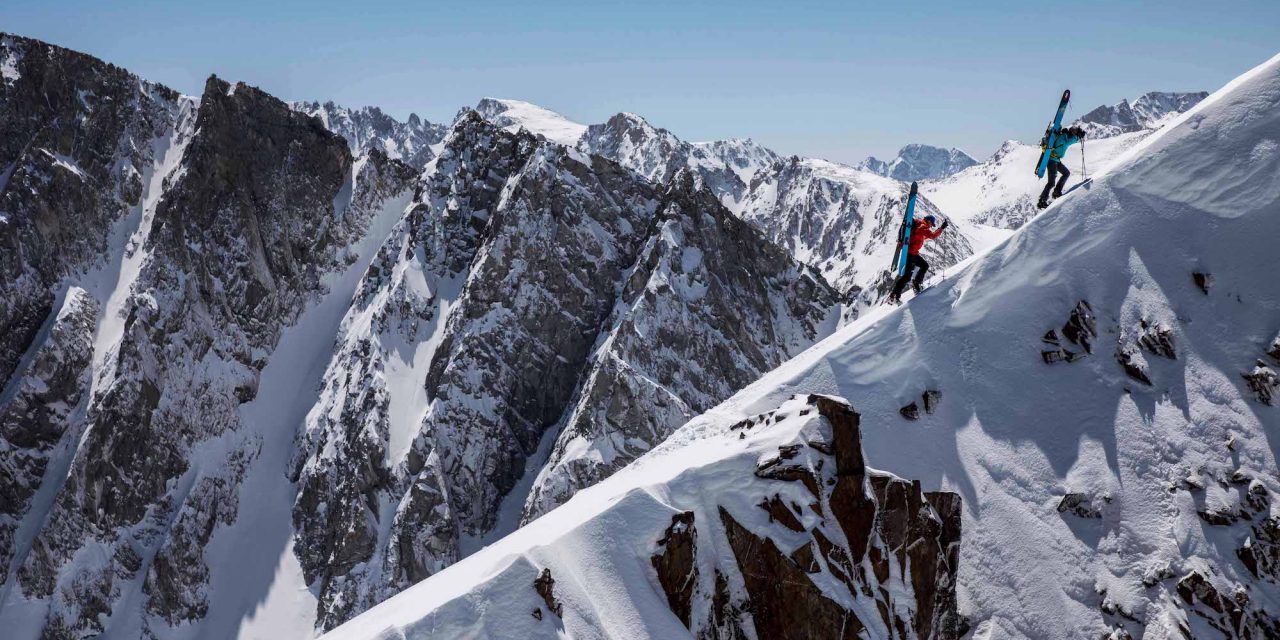 Louisville, CO, June 2020 – Rab, an industry leader in merging the development of quality technical gear and apparel with sustainability and environmental awareness, announced today that it will continue as a valued and collaborative presenting partner of the Banff Centre Mountain Film and Book Festival for the third consecutive season when the festival opens this fall.

The world’s best mountain films, books, and speakers take the spotlight each fall at Banff Centre for Arts and Creativity in Banff, Alberta during the annual Mountain Film and Book Festival. The 2020 festival takes place October 31 through November 8, and will be a virtual/on-line festival this year due to the ongoing COVID-19 situation.

“We’re super proud of this partnership with Banff because we feel like it really aligns with Rab as a brand,” said Jon Frederick, U.S. Country Manager for Rab. “The festival speaks to our core customer while also speaking to the general outdoor audience, and we find that incredibly valuable. Banff has such a strong voice among its core audience and it parallels our voice here at Rab, and that’s what has always made this partnership feel really good. We couldn’t replicate this relationship anywhere else.”

Climbers, filmmakers, writers, and photographers from all over the world recognize the Mountain Film and Book Festival as the key event in the global mountain community. At the core of the Festival is the Film Competition, and more than 7,500 films have been accepted since the festival’s inception in the late 1970s. In 2019, more than 440 films competed for awards in 10 categories, with more than $26,000 available in prize money.

Following the festival, approximately 35 of the best films will hit the road for a world tour consisting of more than 1,100 screenings around the globe. The festival’s Canada/United States tour consists of about 550 screenings in 250 key outdoor communities with an audience of about 300,000 fans.

The Mountain Book Competition, meanwhile, celebrates the mountain literature genre in many forms, including mountain literature, climbing, environment, and natural history and fiction. In 2019, Banff received 132 entries from 10 countries competing for over $16,000 in prize money.

“The entire festival team is excited to continue in partnership with Rab for the 2020/21 Festival and Tour. Our values are perfectly aligned,” said Laurie Harvey, Manager for Strategic Partnerships for the Banff Centre Mountain Film and Book Festival. “The 2020 festival and tour will be a great opportunity to innovate and to stretch our imaginations on what is possible and how. With the collaboration of the talented and dedicated Rab and festival teams we are confident we are going to reach our largest and most diverse audience to date.”

The switch to a virtual/online festival this year will make the event a safe and more accessible option for a broader global audience, and the virtual program will feature the film and book awards ceremonies with filmmaker and jury remarks; presentations by authors, filmmakers, photographers, athletes, and conservationists; and panel discussions and a curated film program from the 2020 competition.

“Banff isn’t one of these festivals that’s canceling or putting on a skeleton version of itself online,” Frederick said. “Instead, Banff is putting on a virtual festival that will create a larger audience, welcoming in people who wouldn’t otherwise be able to attend the festival in person. And when the festival returns in person in the future, the virtual element will still play a part. This is less of a reactionary move to what’s happening today and more of an implementation of a larger plan for the future.”

About Rab: It was here in Northern England in 1981 that celebrated climbing innovator, and adventurer Rab Carrington set up the equipment company that bears his name today. His goal was simple: to make an honest, rugged climbing kit that could perform at the highest level. Every Rab® piece was created by hand and rigorously tested by the man himself or friends and fellow climbers encountering the most extreme conditions. We make rugged, high-performance mountain clothing and equipment that give you absolute protection, comfort, and freedom on the hill, crag, or peak. We use cutting edge materials as well as time-tested ones such as premium quality European down. Nothing fancy or over-engineered – just honest, hard-working pieces that you’d rather repair than replace. By climbers for climbers.