Original Penguin by Munsingwear, within the golf division of Perry Ellis International, Inc., congratulates brand ambassador Cameron Smith for winning the 150th Open at the Old Course at St. Andrews for his first major and third worldwide victory this year. 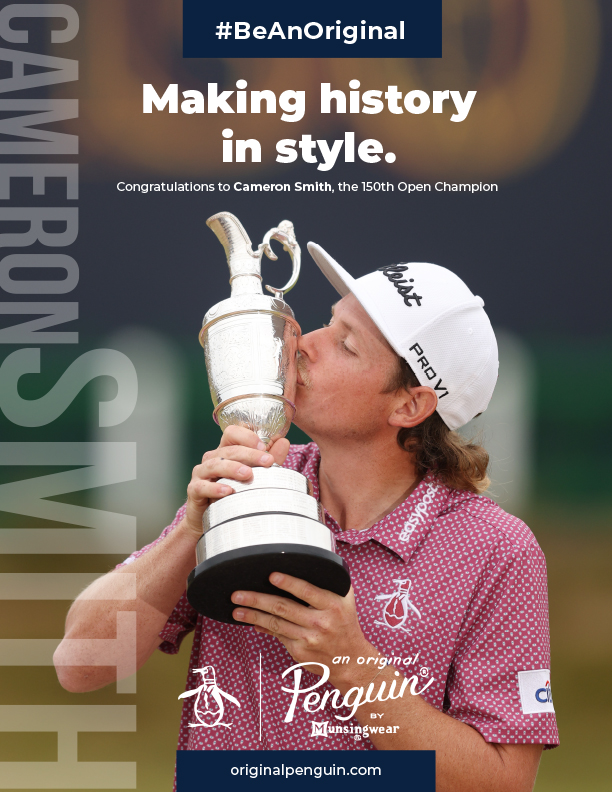 “We congratulate Cameron for winning the 150th Open in a stirring come-from-behind record-setting fashion,” said Oscar Feldenkreis, president and CEO, Perry Ellis International. “A bogey-free 64 final round enabled Cameron to tie for the lowest total score under par in major championship history and showed the world his mental fortitude and gift for performing the best on the sport’s biggest stages. We are proud to have Cameron, with ten career worldwide victories and a major, as an Original Penguin brand ambassador.”

“This place is so cool, to have the 150th Open here and to come away with the win at St. Andrews is pretty special,” stated Smith. “To look at the names on the trophy and then to add mine is unreal. All the hard work I have done over the years has started to pay off, and this one definitely makes it worth it.”

With the win, Smith jumps to No. 2 in the FedExCup standings and Official World Golf Rankings.