Nordica’s all mountain Enforcer 104 Free earned one of Outside Magazine’s “Gear of The Year” awards. This marks the 5th year in a row an Enforcer model has won a “best in test” or “editor’s choice” award from industry news outlets.

West Lebanon, OH, September 25, 2019—It’s official. The embargo has been lifted and Nordica announces the newest ski in its all mountain men’s ski line, the Enforcer 104 Free, has earned one of Outside Magazine’s “Gear of The Year” awards for the 2019-2020 season.

“It is an honor to receive a ‘Gear of the Year’ award from Outside,” said Sam Beck, Nordica North America’s director of marketing. “Outside’s testing protocol is well respected in the industry, and the award marks the fifth year in a row that an Enforcer model has won some type of ‘best of test’ award. The Enforcers are definitely one of our success stories.” 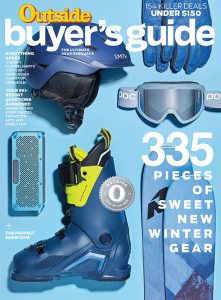 The Enforcer 104 Free, one of six models in the Enforcer line, was introduced at Outdoor Retailer Winter market 2019. Featuring a wood and metal chassis with carbon stringers running the full length of the ski, and the company’s True Tip Technology, with less ABS plastic allowing the tapered wood core to run further up into the tip, the 104 Free is easy to steer and smear in powder and mixed conditions.

“Typically, skis at this width are either burly planks that excel on firm snow or slashers better suited to off-trail riding in dry powder. Versatility is hard to come by. That’s not the case with this Enforcer,” said Outside’s editors.

Since their inception, the Enforcer and Santa Ana lines have consistently won test awards from publications such as Ski Magazine, Freeskier, Powder, Blister Gear, Realskiers, and Mountain Magazine to name a few. In addition, NPD’s latest sales report currently lists the Enforcer 100 and Enforcer 93 as number 1 & 2 best-selling men’s skis in the United States. 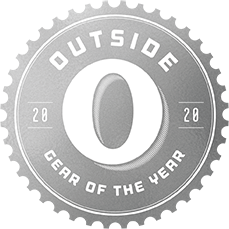 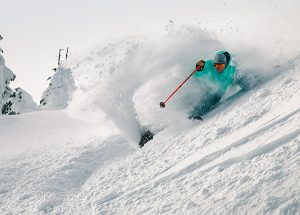 About Nordica:  Nordica, founded 1939 in Montebelluna Italy, is one of the world’s leading ski equipment producers. For more than 75 years, Nordica has produced some of the most trusted skis and boots in the marketplace for skiers of all levels and abilities — from first time skiers to World Cup racers. Nordica USA is a subsidiary of Tecnica Group SpA with USA headquarters based in West Lebanon, NH (Nordica.com).