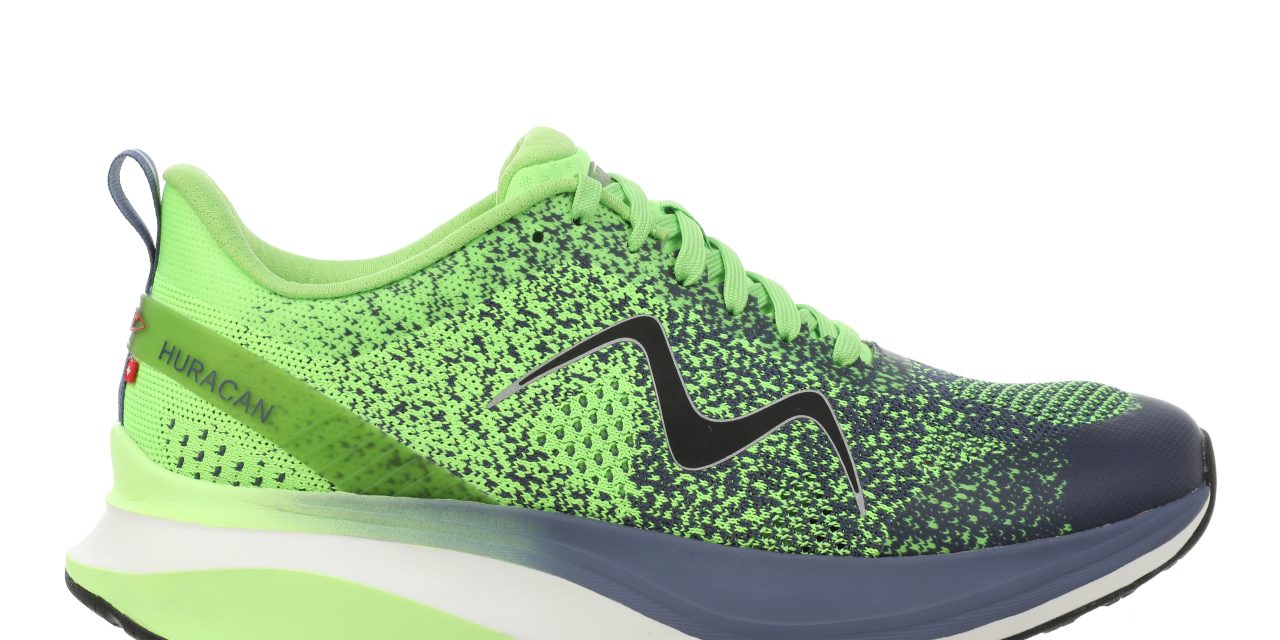 MBT will drop its most “advanced performance running shoe” to date — the Huracan 3000 — in early November at select specialty retail stores, MBT-owned locations and its Amazon storefront.

“The Huracan’s arrival is the start of a revolution for us at MBT, our first step toward the most cutting-edge and premium lineup of performance running footwear in the marketplace,” said CEO Andy Chaw. “As the pioneers of the rocker bottom, we’re taking our proven curved-sole technology, which we’ve been perfecting since our founding in 1996, and combining that with new technologies and forward-thinking designs that confirm our commitment to being the most innovative, health-focused running brand in the world.”

The Huracan is MBT’s answer to a growing trend in the industry toward energy return and shock dissipation that’s often accomplished with a composite plate running through the midsole.  Rather, MBT designed a midsole/outsole combination for the shoe called MIDS. With Sensor Technology, MIDS absorbs impact and dissipates shock outward in the heel/midfoot reducing vibration through the body and stress on joints for balance and stability. The Pivot Strike rocker actively rolls the foot through toe-off during stride for a cushioned, responsive running feel that minimizes fatigue during forward movement.

“We’ve worked hard to get inside the minds of runners, to understand what they want and need, and have come to understand that they expect running footwear that not only performs at the highest level but also looks good,” Chaw said. “That’s what the Huracan provides, and it’s symbolic of the boundaries we’re going to push at MBT.”