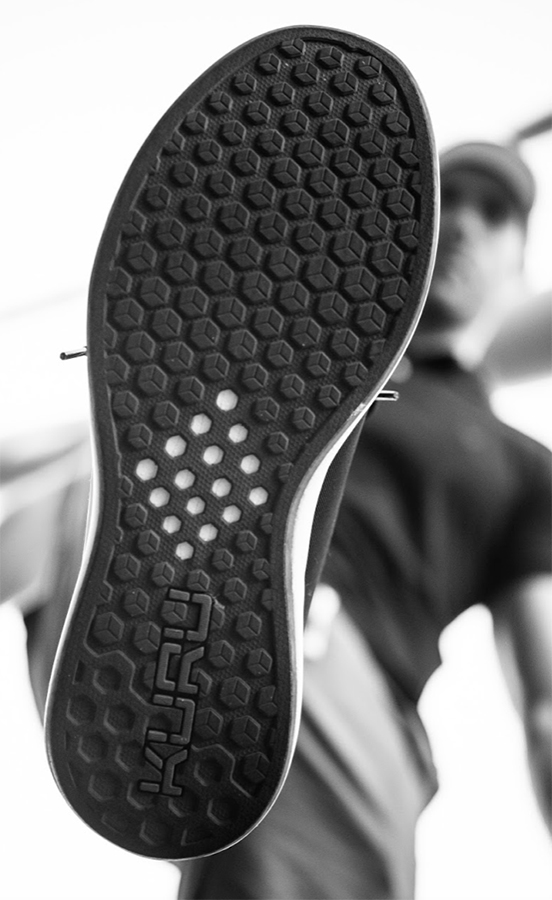 Building on its success solving daily footwear challenges, Kuru Footwear, an established online footwear brand that fuels movement, is forging a new footwear category—performance foot health–with the debut of the Atom. Available April 15 on KURUFootwear.com, the Atom combines Kuru’s patented, triple-layer, “heel-hugging” technology within a sport casual style for active consumers. Featuring a slim, sock-like design for comfort and a breathable air mesh upper appropriate for full day wear from weight room to break room, the Atom is available this Spring for men ($125) in jet black and colonial blue, and for women ($120) in mauve, jet black and aqua blue. 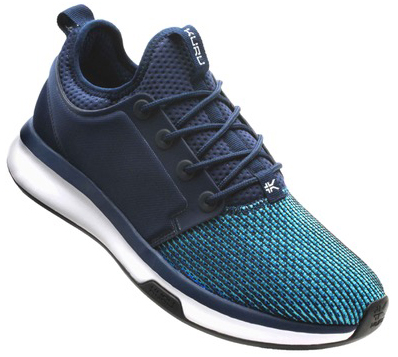 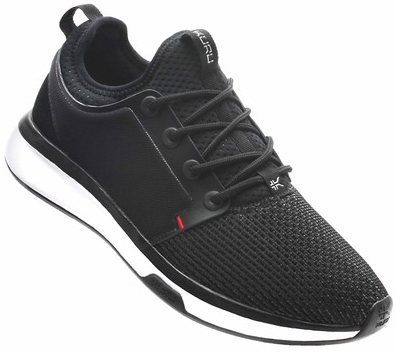 “Footwear aisles are congested with athletic footwear options claiming convergence of function, performance, and fashion, however, shoes worn by people all day require thoughtful consideration of a shoe’s foundation—the sole,” said Bret Rasmussen, founder and CEO of Kuru. “Rather than singularly focusing on performance, or style, or function, Kuru strives to meet each of those needs while also paying homage to foot health. The Atom combines performance, style and inset technology designed to keep wearers comfortable all day as they move from one activity to the next.”

After years studying both the biomechanics of the human gait and the human foot, Kuru founder Bret Rasmussen developed a proprietary, multi-layered technology that improves foot and body alignment and flexes to protect foot anatomy. As the natural human gait tends to land heel first, placing the burden of weight and pressure in one pivotal location, Kuru invested and perfected footwear innovation to support and preserve the heel and its natural cushion, also known as the “fat pad.” Over time, the consistent smashing and jarring experienced when hiking, jumping, jogging, skipping, striding, running or walking, reduces natural foot cushion, often leading to pain or injury. To preserve the body’s natural shock absorber while in motion, Kuru integrated a combination of stabilizing support and “heel-hugging” flexion within its shoe design, resulting in a unique bounce that wearers describe as “walking on clouds.” 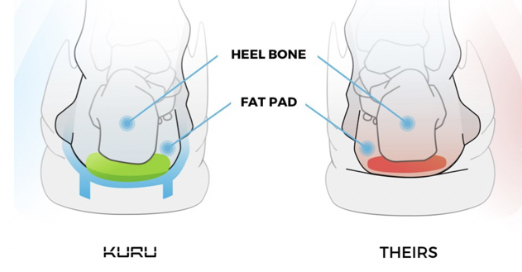 Unique to Kuru footwear, including the Atom, is a deep, rounded heel cup that stabilizes, centers and cushions the heel bone for optimum positioning with each step. The company’s patented, three-layer sole-based support system is comprised of the Kuru Ultimate Insole ™, KuruSole™, and KuruCloud™.

* The KuruSole’s: With its distinct rounded shape the KuruSole is the heart of Kuru’s technology platform that flexes inward to dynamically adapt to the wearer’s unique heel shape, to keep the fat pad of the heel exactly where it belongs with each step– right under the heel bone.

* The KuruCloud: Made of advanced polymers, the KuruCloud is the bottom layer that provides longer life and cushioned “bounce,” thus eliminating the stressful grinding associated with consistent weight-bearing.

Rasmussen continued, “Feet optimally positioned and supported within a shoe can more successfully withstand daily use. When the heel’s fat pad is compromised, a universe of challenges from plantar fasciitis to heel spurs can easily result. Kuru footwear adjusts to each individual foot and, at the same time, dynamically supports and flexes to ‘cup’ the fat pad rather than squish it. In many ways, Kuru is providing its own unique form of foot therapy, which we’ve learned from stories our customers share about their shoes enabling them to move comfortably or stay in motion all day, even those suffering from plantar fasciitis, a common ailment that sidelines many.”

About Kuru Footwear: Based in Salt Lake City, Kuru is an online shoe company that fuels movement. Once the dream of a 12-year-old with a fascination with sneakers, Kuru emerged in 2009 with a patented, performance-based “heel-hugging” technology that operates in concert with the natural gait of human steps and engages the body’s natural shock absorber called the “fat pad.” Kuru’s biomechanically-correct and scientifically-sound series of casual, performance and professional footwear support body health from the ground up and keeps bodies in motion for a life wide open. For more information on Kuru Footwear, visit kurufootwear.com