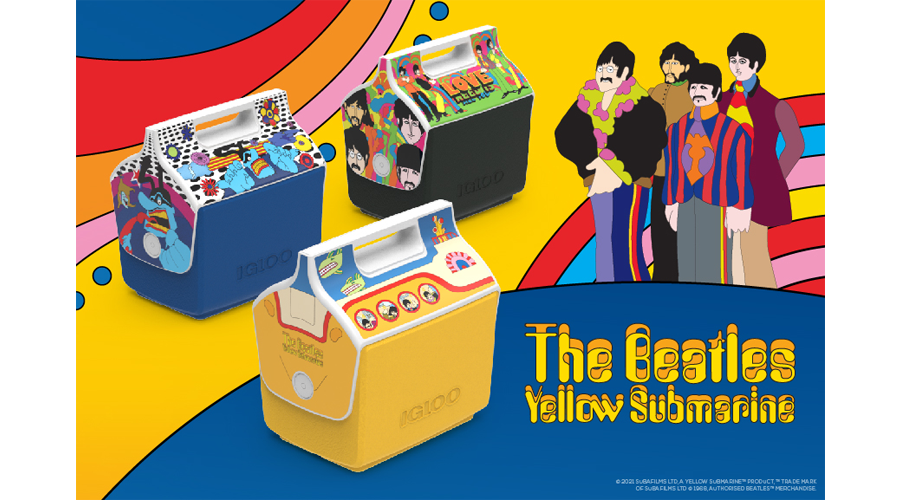 “It’s been a dream fulfilled for Igloo to team up with not only one of the most iconic bands of all time but also with one of the most revolutionary animated films of all time,” said Brian Garofalow, CMO, Igloo. “We’re really excited to provide all Beatles fans with fun Playmates featuring their favorite Yellow Submarine scenes that they can take on their own voyages on land or at sea.”