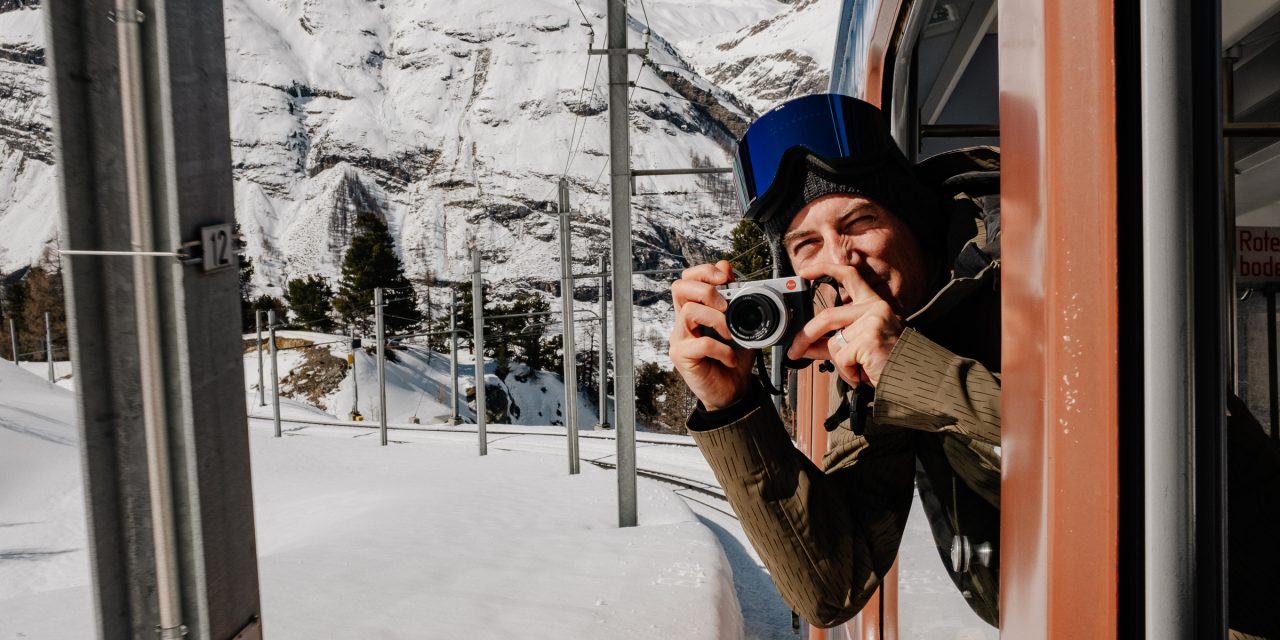 Los Angeles, CA, October 24, 2019 – Holden is pleased to announce the upcoming debut of “The Glacier Express,” a five-part episodic film series following Holden Explorer Fredi Kalbermatter, photographer Silvano Zeiter and filmmaker Gray Thompson as they embark on a train travel adventure aboard Switzerland’s legendary Glacier Express. Traveling from Zermatt to St. Moritz on the world’s most scenic railway, the film follows the trio as they explore pristine valleys, towering peaks and the fabled Swiss mountain towns in between.

Each of the five episodes—shot by Puzzle Media and edited by Thompson—will be five to seven minutes in length. Episode One, “Zermatt,” of the five-part series will launch online on Nov. 18, 2019. Following that debut, one new episode will debut weekly for five weeks. The episodes will be available on Holden’s Vimeo channel, among other outlets and digital distribution partners.

“The Glacier Express was the perfect opportunity to show viewers an intimate way to explore an unknown area, learn about local culture and experience incredible terrain,” said Thompson. “With so many different means of transportation these days, a great way to plan a new adventure is to look outside the box and leave the car keys at home.”

The world premiere of “The Glacier Express” will take place at 8pm on November 1, 2019 at Doodah in Zürich, Switzerland. Kalbermatten and Zeiter will be present at the show, and Zeiter will also debut his photo exhibition and “GEX” zine release, which feature photos from his travels on the Glacier Express. Copies of the GEX zine will be available for purchase at additional Glacier Express film premieres and on the Holden website. The film will be showcased at the Champéry Film Festival on November 8, 2019, before its U.S. premier at the Tahoe Art Haus & Cinema in Tahoe City, CA. Gray Thompson will be presenting the U.S. premiere on November 15, 2019.

“We’re excited to showcase our collective passion for snowboarding at each of these premieres,” said Zeiter. “Our hope is for every audience member to leave the theatre excited for the upcoming winter season.”

About the Glacier Express: The Glacier Express, which has been in service since 1930, passes over 291 bridges and through 91 tunnels as it journeys through the heart of the Swiss Alps. A modern marvel, the transalpine route was declared a UNESCO World Heritage site in 2008 for its engineering, architecture, and harmony with the landscape. The route is exemplary of the use of the railway to overcome the isolation of settlements in the Central Alps early in the 20th century, with a major and lasting impact on life in the mountains. Follow this link for photos of our Holden Explorers’ adventure on the Glacier Express. For a preview of The Glacier Express, follow the link  to view “Fredi Kalberbermatten- Making of ‘The Glacier Express'” on The Holden Journal.

About Holden Outerwear: Designed with an elevated urban aesthetic, our focus is to redefine the natural order of outerwear. We create iconic and versatile pieces of unrivaled quality—for life on and beyond the mountains. Holden Outerwear products are sold via select specialty boutiques and at holdenouterwear.com.