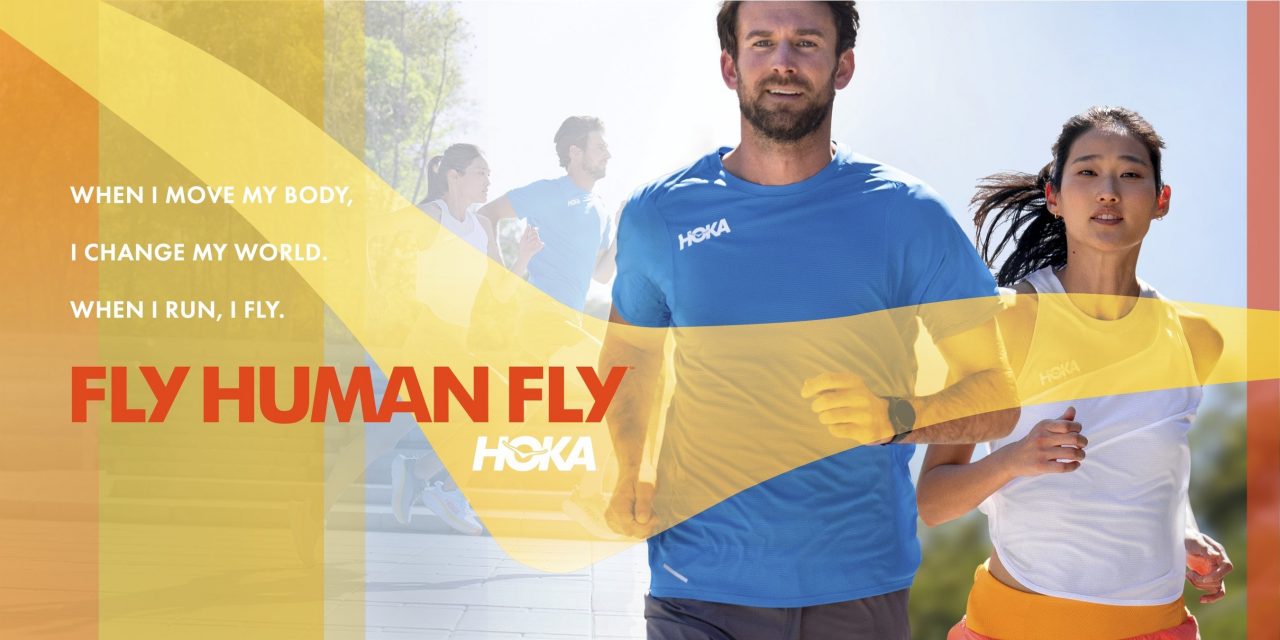 Hoka One One plans to launch its first global ad campaign under a new brand platform, “Fly Human Fly.”

Hoka, owned by Deckers Brands, said the platform “acts as a catalyst to encourage consumers to meet Hoka at the starting line and take flight to new heights – together.”

Fly Human Fly includes a 60-second youtube video titled Pursuit featuring athletes running through a city, jumping over cars and running mid-air above the pavement. The tag line reads, “Move Until the World Can’t Keep Up.”

The campaign debuted on June 15, timed with the launch of Hoka’s Mach 5 road running shoe.

“Hoka has been championed by a strong community of endurance athletes from the very beginning. When a consumer tries a Hoka product, they fall in love with our product innovation that delivers an experience that is both easy on the body and world-class fast. Thus, the brand is growing primarily by word of mouth up until this point,” said Norma Delaney, vice president, global brand marketing, Hoka. “Those that know us are fans for life. The Fly Human Fly global campaign is an invitation for humans everywhere to experience Hoka and fly into a world of new possibility.”

Photo and video courtesy Hoka One One