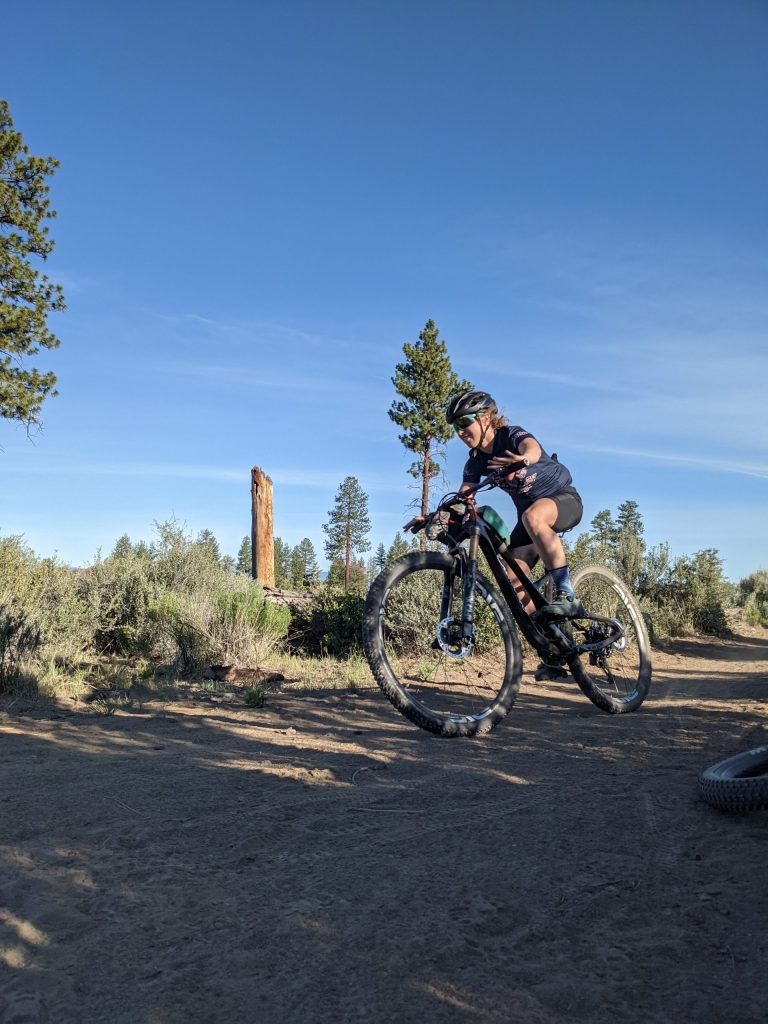 Magness finished 20 laps of the 11-mile course, with over 800 feet of climbing per lap, three laps more than the next-placed female athlete and besting the previous record by two laps.

She rode the course in a new prototype bike in collaboration with bike designer Tony Ellsworth, which she described as “simply the best bike I’ve ever ridden.” The bike will be the team’s new bike and in limited production.

“After I got the race jitters out in the first couple laps, I started to settle in and get into my pace and the flow of the race. The course was technical and quite challenging at times, and that helped keep me engaged,” said Magness.

Next up for Chelsey will be an attempt at the Fastest Known Time (FKT) on two sections of the Oregon Timber Trail. Her goal is to complete the course in under two days on each section. The trail runs 670 trail miles from the California border to the Columbia River Gorge, but fires have closed some areas. In September, she will race the 24-Hour Worlds in Australia and compete in AR Nationals and AR Worlds.