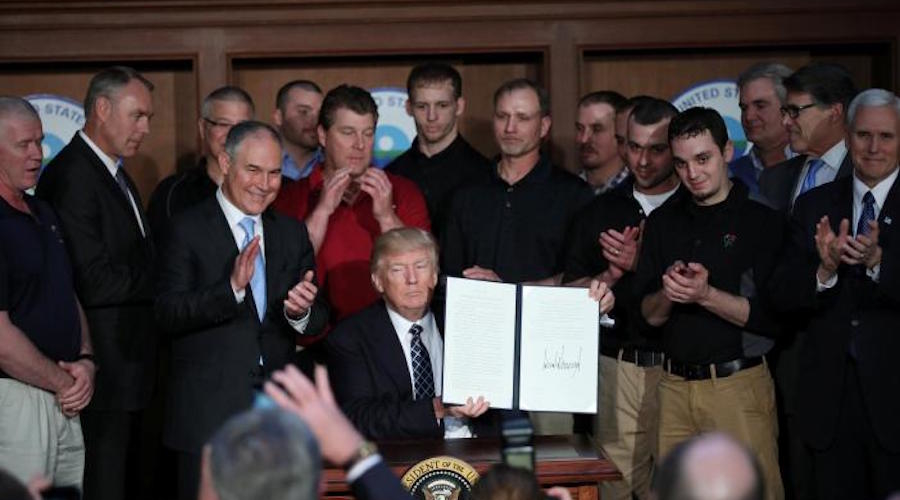 President Trump signed an executive order that will reverse policies put in place to protect our public lands, air and water and reduce carbon emissions that contribute to climate change, as reported by Outdoor Industry Association (OIA).

The executive order begins rolling back the Clean Power Plan (CPP) and revokes other directives that require that the federal government consider the impacts of climate change. While the order removes many climate policies put in place over the past decade, it does not remove the United States from the Paris Climate Agreement signed during the COP 21 meeting in 2015. As reported by The New York Times, the executive order does not address the United States’ participation in the 2015 Paris Agreement, which committed nearly every country to take steps to reduce climate-altering pollution. “But experts note that if the Trump program is enacted, it will all but ensure that the United States cannot meet its clean air commitments under the accord,” the article stated.

“The growing impacts of climate change threaten our public lands, air and water – the infrastructure of the $646 billion outdoor recreation economy,” said Alex Boian, OIA vice president of government affairs. “Outdoor businesses rely on a stable climate, and many have taken steps to reduce their own contributions to climate change. Today’s executive order is a disappointing step in the wrong direction to mitigate the threat of climate change.”

OIA will continue to seek opportunities for bipartisan, pro-business solutions to the direct threat of climate change.

Sport Footwear Sales Up in Mid-Singles in June