PowerBar has signed sponsorship agreements with Denver Nuggets forward Carmelo Anthony and New York Giants running back Tiki Barber, naming PowerBar as the exclusive nutritional energy bar supplier for these all-star professional basketball and football players through their 2006 seasons. PowerBar will support Anthony and Barber with nutritional resources to help fuel their training and competition and will integrate the athletes into its 2005-2006 marketing programs, including a new national television advertising campaign launching this week.

Anthony and Barber star in the company's new “What's Gotten Into People Lately?” television campaign which introduces POWERBAR(R) TRIPLE THREAT(TM), the company's new line of energy snack bars that fuel like a POWERBAR(R) and taste like a candy bar. The campaign is comprised of two separate television commercials scheduled to air during national cable programming throughout 2005. The spots feature Anthony and Barber in lifestyle settings with everyday people who are overcome by a powerful force to perform at their best, and to compete against the professional athletes.

“Our new television campaign is designed to communicate that today there's a PowerBar for everyone, not just the endurance athlete, and it's called Triple Threat,” said PowerBar Marketing Manager Stephanie Brendel. “Each Triple Threat spot uses humor to demonstrate that the competitive spirit is in each of us and can be contagious in the presence of sportsmen who inspire us, like Carmelo and Tiki.” 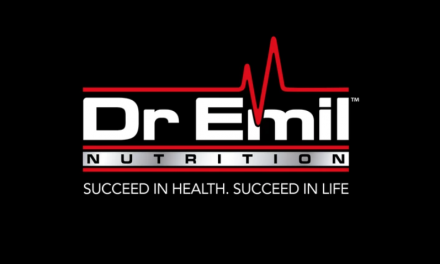