Puma Again Looks to U.S. for Growth in Q2 (and Beyond)

The licensed business grew a strong 19.1% to 134 million ($169 mm) in Q2. A particularly strong performance in the Asian region contributed to the high double-digit growth. As a consequence, royalty and commission income was up 28.7% to 13.8 million ($17.4 mm) in the second quarter.

From a regional perspective sales in the EMEA region, which includes Europe, Middle East, & Africa, reached 240 million ($302 mm) in Q2, a slight increase versus last year but significantly better than the order books at end of Q1. The gross profit margin increased further by 250 basis points to 54.9% of sales, compared to 52.4% last year. Orders on hand at the end of June accounted for 486 million ($586 mm), a decline of 7.9% compared with last year, which can be attributed to higher than expected sales in Q2 as well as a delayed order income due to Spring/Summer sales meetings in some key countries taking place one month later than last year. Adjusted by these effects, the order book would have decreased about 3% at quarter-end.

The U.S. market, which is part of the Americas, achieved strong sales growth in the second quarter with sales increasing 42.4% to $109.8 million from $77.1 million in the year-ago quarter. The U.S. order backlog improved significantly by the end of June, reaching $211 million or a growth rate of 60.8% at quarter-end.

Based on the strong results achieved so far this year as well as the order outlook, Puma AG management raised sales guidance from previously mid- to high-single-digit growth to up to 10%. Gross profit margin is also expected to reach the higher end of the guidance between 51% and 52%, or even possibly above. SG&A expenses are forecasted slightly above 31% on sales and EBIT margin should be clearly above 20%. With a tax rate of approximately 29%, management expects net earnings to come in between 264 million and 274 million. This translates to significantly above 16 per share or a mid- to high-single-digit increase on a like-for-like basis.

Due to the expected results for 2005, PUMA will close Phase III one year ahead of the original plan as all set targets should be significantly surpassed. Since the beginning of the long-term oriented business phases in 1993 this would add up to sales growing eleven years in a row as well as nine years delivering double digit growth and record earnings.

Jochen Zeitz, CEO: “We are very pleased with the first half of 2005. PUMA continues to record strong growth and shows an acceleration in our order book versus last quarter, while our expanding gross margins reflect the strong desirability of the PUMA brand. With this momentum we are now able to successfully conclude our current Phase III one year ahead of schedule and turn our focus to Phase IV of the company development. 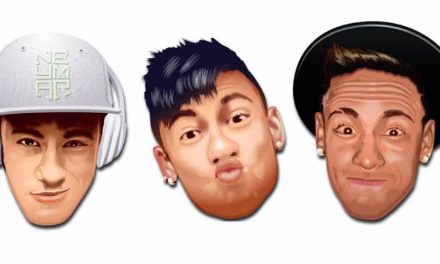 Neymar Jr. Is An App Now