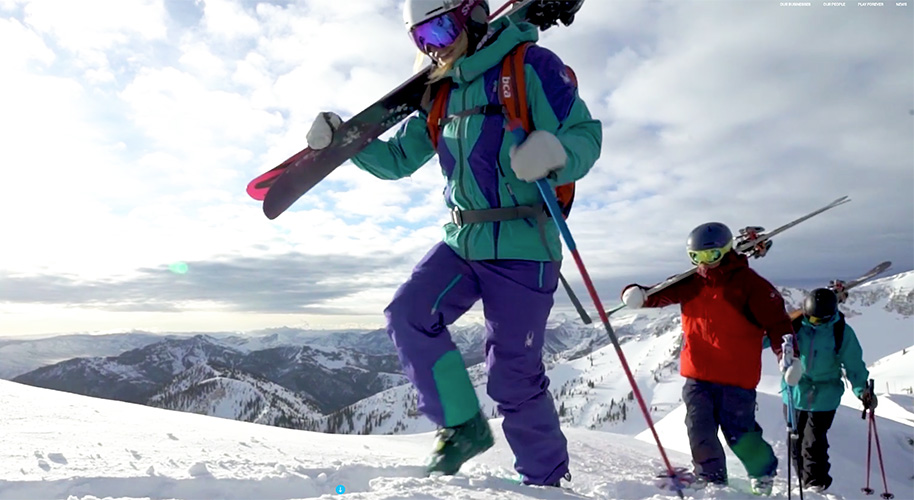 S&P Global Ratings lowered its debt ratings on Powdr Corp., the privately held ski resort operator, as capacity limitations and travel restrictions are having a significant negative impact across the ski industry and at the company’s resorts in the U.S. and Canada.

The negative outlook reflects the possibility the ratings could be further lowered if the 2020/21 ski season materially worsens or if there are delays in the distribution of vaccines in the U.S. and COVID-19 restrictions affect the 2021/22 ski season and inhibit Powdr’s ability to reduce leverage in fiscal 2022.

S&P wrote, “Capacity limitations and travel restrictions are having a significant negative impact across the ski industry and at the company’s resorts in the U.S. and Canada and, as a result, the company will experience a significant spike in leverage in fiscal 2021 ending in September. Some of Powdr’s resorts are located in the Western U.S. with exposure to customers coming from California, where residents remain subject to stay-at-home orders, and the company’s two Eastern U.S. resorts are in Vermont, where travelers are required to complete a 14-day quarantine upon arrival or a seven-day quarantine with a negative test in their home state. As a result, we believe Powdr’s season pass sales will decline as much as 15 percent on a unit-sold basis in fiscal 2021.

“We assumed in our updated base case that current travel restrictions will remain in place through the 2020/21 ski season and Powdr’s total revenue declines approximately 20 percent. We expect season pass revenue to decline 10 percent to 15 percent in fiscal 2021 in line with skier visits and for ancillary revenue to be severely depressed throughout the current ski season, declining 55 percent to 65 percent as Powdr is required to restrict capacity or shut down food and beverage services, lessons and lodging. We believe Powdr has already taken steps to cut costs, especially through labor reductions in its ancillary segments. However, we believe a portion of its cost structure is fixed such as land and building rent, some labor and snowmaking expenses, which are more prevalent at the beginning of the season. We expect the company to continue to cut costs and could reduce its overall operating expenditures by about 7 percent to 10 percent. Under our base-case assumptions, we expect leverage to spike in fiscal 2021 to potentially above 15x on a lease-adjusted basis.

“However, we believe if widespread immunization is achieved through the distribution of vaccines by about midyear 2021, which is in line with our current expectation, Powdr could stabilize EBITDA and cash flow metrics on a run-rate basis as early as the fourth quarter of calendar 2021. We believe under this assumption most, if not all, capacity and travel restrictions would be lifted prior to the 2021/22 ski season and leverage ending fiscal 2022 could be below our 6x upgrade threshold, excluding payment-in-kind (PIK) debt. Powdr has approximately $123 million in low-cost PIK debt maturing in 2043 held by a strategic partner. The PIK debt service does not burden cash flow, and we understand the debt would not mature until 2043 as long as Powdr complies with the terms of its IKON pass partnership agreement, which we expect for the foreseeable future. Nonetheless, the downgrade and negative outlook reflect the severity of the impact that COVID-19-related restrictions have had on Powdr’s performance and the risks that Powdr faces over the next eight to 12 months if there are delays in the U.S. vaccination efforts.

“Powdr should have adequate liquidity to weather the remainder of the pandemic even if the company has to shut down operations. We believe Powdr’s liquidity which, as of September 30, 2020, consisted of approximately $103 million in cash and full availability under its $50 million revolving credit facility, is sufficient for the company to weather the remainder of the pandemic. Our current base case assumes Powdr will burn approximately $25 million to $30 million in fiscal 2021. We expect in a shut-down scenario Powdr would implement furloughs and reduce its workforce, as well as reduce discretionary spending and delay nonessential capital spending. Under these assumptions, the company would burn cash of approximately $5 million to $10 million per month.”

S&P added that the negative outlook “reflects the possibility we could lower the rating if the 2020/21 ski season materially worsens or if there are delays in the distribution of vaccines in the U.S., and we believe COVID-19 restrictions may affect the 2021/22 ski season and inhibit Powdr’s ability to reduce leverage in fiscal 2022, which could cause Powdr’s capital structure to become unsustainable. We would lower the ratings if we believe Powdr’s capital structure is unsustainable. This would likely be the result of a longer-than-anticipated path to widespread immunization and the need for states and municipalities to restrict capacity at Powdr resorts during the 2021/22 ski season. Although unlikely over the next 12 months, we could raise the rating if Powdr is able to reduce leverage and if we believed the company would be able to sustain S&P Global Ratings’ adjusted debt to EBITDA under our 6x downgrade threshold, excluding PIK debt.”